Kim Jong Un poses for photos riding a white horse up a mountain. The internet has thoughts 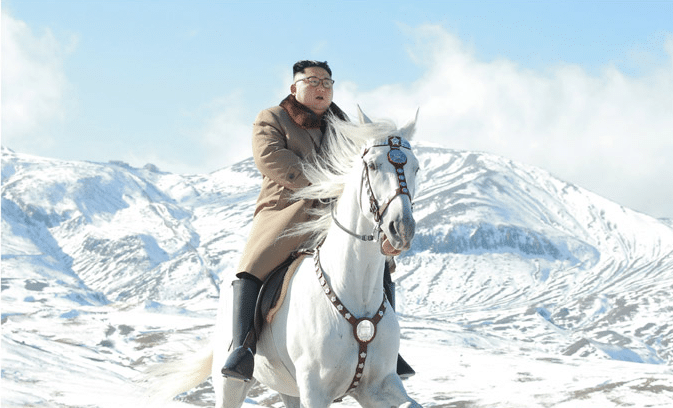 The photos show a bespectacled Kim wearing a long, light-brown coat and riding on horseback up snow-covered Mount Paektu. The mountain, the highest point on the Korean Peninsula, is sacred to North Koreans, and both it and the white horse are symbols associated with the Kim family’s dynastic rule. 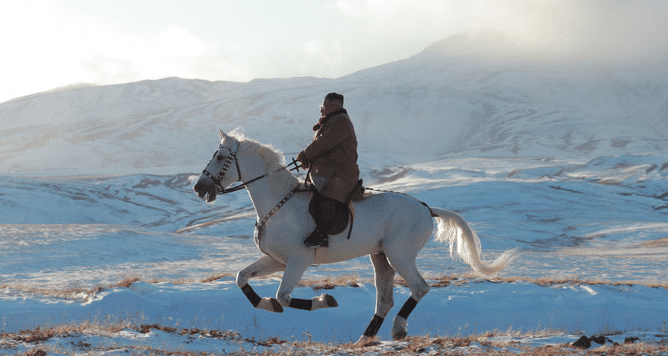 The images were released by North’s official Korean Central News Agency, or KCNA, days after North Korea’s first nuclear talks with the U.S. in more than seven months fell apart.

Kim previously visited Mount Paektu before executing his powerful uncle in 2013 and entering into diplomacy with South Korea and the U.S. in 2018.

Although meant to portray a powerful statement, many users took to Twitter to mock the world leader.

The snowy backdrop of Mount Paektu reminded many of the hit HBO show “Game of Thrones.”

All hail to the #KingInTheNorth

Others took the liberty of editing the photos to include their favorite movie and TV show characters.

It’s so good to see these two getting along #putin #KimJongUn pic.twitter.com/0hQ4BwpVg4

The Russian leader staged another photoshoot in Siberia last week as he celebrated his 67th birthday by hiking through the forested mountains.

The white horse is a propaganda symbol for the Kim family, which has ruled North Korea for seven decades with a strong personality cult surrounding family members. State media have occasionally shown Kim, his sister and his father riding white horses. The symbolism goes back to Kim Il Sung, who according to the North’s official narrative rode a white horse while fighting Japanese colonial rulers.