AM General has partnered with Fiat Chrysler to develop a military-grade version of the Jeep Gladiator pickup truck.

The concept vehicle was introduced at an Army exposition earlier this week in Washington. The Gladiator Extreme Military-Grade Truck is the first phase of a collaboration that reunites two companies whose histories trace back to World War II.

“We are extremely excited to partner with FCA and introduce the Jeep Gladiator Extreme Military-Grade Truck at AUSA,” AM General President and CEO Andy Hove said in a release. “This new venture gives us an opportunity to showcase our expertise in light tactical vehicles and help FCA maximize the Gladiator’s global reach and potentially enter new military markets.”

AM General identified the all-new 2020 Jeep Gladiator — with 7,650 pounds of towing capacity and up to 1,600 pounds of payload capacity — as the ideal platform on which to develop the concept vehicle. 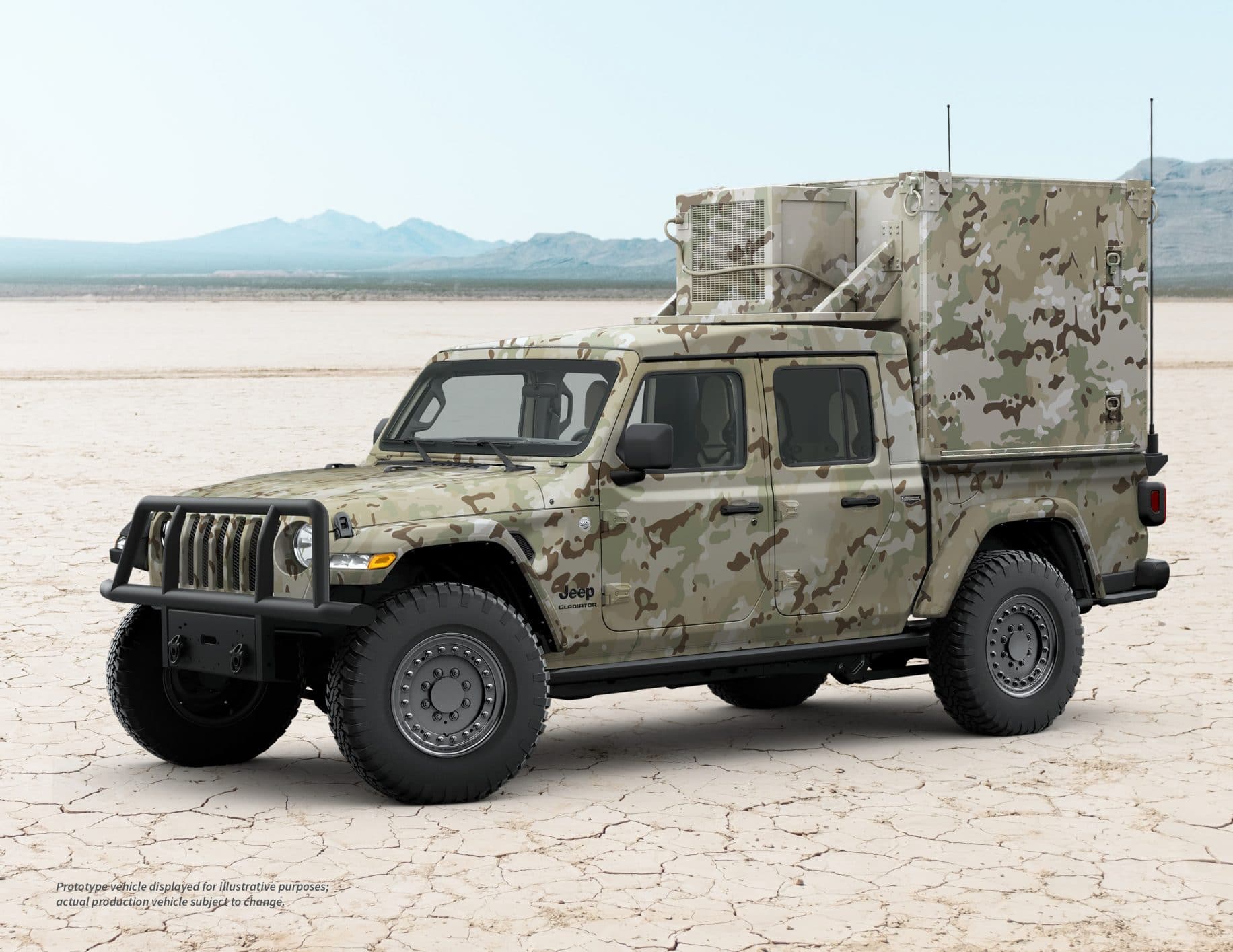 Jeep Gladiator XMT by AM General as a military communications truck is one of many variants that AM General can develop to meet specific customer requirements. (AM General/Released)

“The Jeep brand has an important military heritage, so we couldn’t be happier that AM General expressed interest in creating the Gladiator XMT,” said Jim Morrison, head of Jeep Brand – North America.

“We’re proud to partner with AM General, we look forward to gauging interest and gathering feedback on the Jeep Gladiator XMT, and we’re excited about potential future opportunities,” Morrison added.

The Jeep Gladiator XMT has been upfitted by AM General with both custom-built and commercially available military-grade parts to create an even more rugged truck that can traverse the toughest of terrains in adverse conditions and is ready to meet varied military customer requirements.

As with the iconic, proven and versatile Humvee, AM General can also apply its manufacturing and engineering expertise to convert the Gladiator XMT into mission-specific and purposeful light-weight tactical trucks based on customer requirements.

Pending feedback and interest in the military marketplace, production could begin in the second half of 2020. In addition to the gas model, Gladiator XMT would be offered to military customers as a diesel version.

No officials were available for comment. AM General produces the Humvee at its plant in Mishawaka.