The crew of the U.S. Coast Guard cutter Valiant discovered roughly $165 million in cocaine after they captured a 40-foot semi-submersible watercraft out in the Pacific Ocean on Sept. 1.

Upon receiving word of the vessel, members of Valiant’s crew, and two members of the Coast Guard Pacific Tactical Law Enforcement Team pursued and captured the vessel during an early morning boarding action, according to a Coast Guard press release on Tuesday. The Coast Guard team was joined by Colombian Naval Assets in a joint interdiction effort. 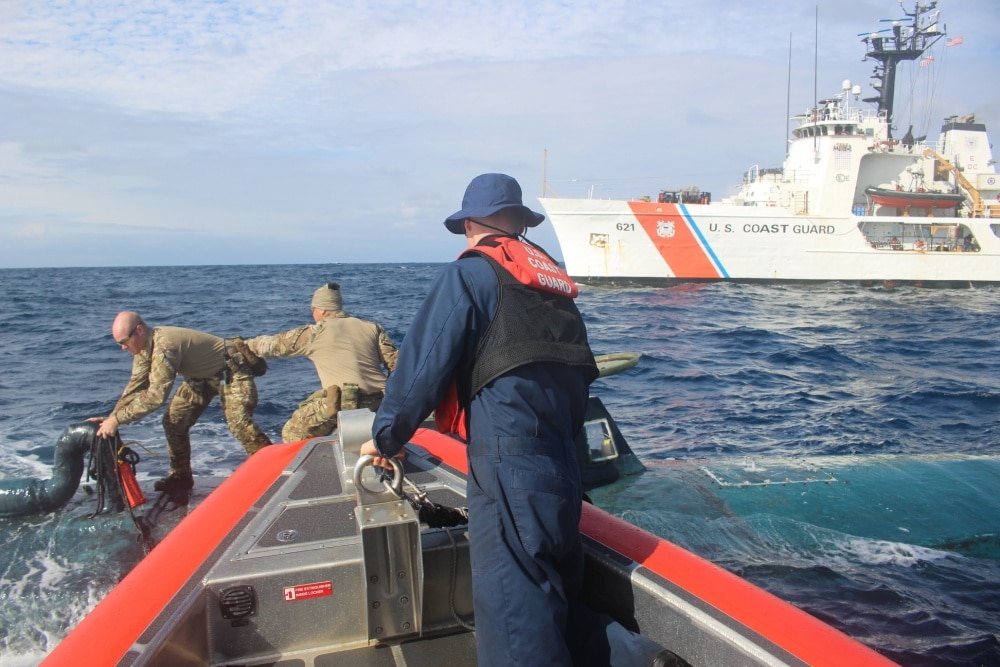 Upon boarding the vessel, the Coast Guard crew found 12,000 pounds of cocaine aboard. The interdiction team was able to remove some 1,100 pounds of the cocaine and offload it with the Valiant before, but determined that removing any more of the illicit cargo could cause stability problems for the vessel.

It was not clear from the press release what would be done with the vessel and the remaining cargo. It was also not clear where the vessel originated or where it was headed. 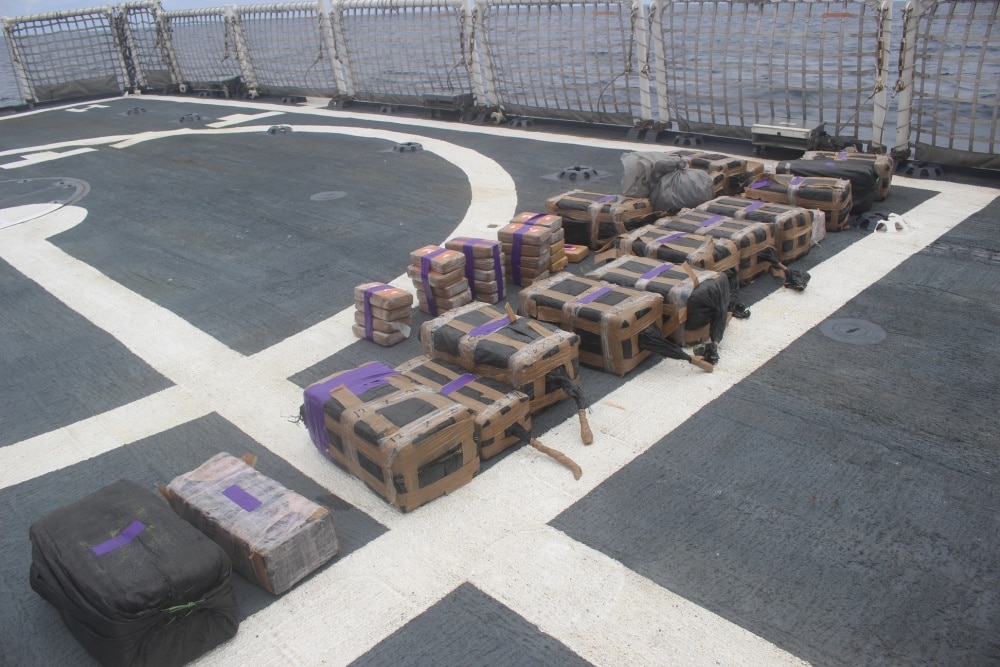 The boarding action by Valiant crew members reportedly coincided with the maritime milestone of crossing the equator.

“In a 24-hour period, the crew both crossed the equator and intercepted a drug-laden self-propelled semi-submersible vessel. Each in and of themselves is momentous events in any cutterman’s career. Taken together, however, it is truly remarkably unprecedented,” Waldron said.

Waldron said the mission was an “all-hands-on-deck” effort for which every crew member performed “above and beyond the call of duty.”

He also expressed gratitude for the support by families of the crew members, most of whom were living in Jacksonville, Florida and had to evacuate in the aftermath of Hurricane Dorian.

Joint Interagency Task Force South is a multiservice and multiagency task force based out of Naval Air Station Key West, Florida. U.S. Coast Guard Rear Admiral Pat DeQuattro leads the taskforce, which includes leadership and participation from the U.S. Navy, the U.S. Air Force and representatives for the FBI and CBP.

Joint Interagency Task Force South’s stated mission is to detects and monitors illicit trafficking both in the air and sea and to facilitate interdiction and apprehension missions both among U.S. agencies and international partners.