The threat of school shootings has been a fact of life for Julie Johnson her entire teaching career.

“When Columbine happened was my first year teaching … after class I was just watching this all unfold,” Johnson said, referring to the infamous 1999 high school shooting in Columbine, Colorado. “The horror struck me — ‘what would I do?’ “

Turns out, what she would do years later after training and many more school shootings, was quit her teaching job in Bay County to dedicate herself to educating other teachers how to defend themselves and their classrooms.

Partnering with another local teacher, Scott Woodyard, and longtime martial arts instructor Carlos Cummings, Johnson recently opened Teachers Not Targets in Panama City Beach — a business dedicated to increasing the survival rate of educators during the era of mass school shootings. With the help of a consulting board that includes former police and firefighters, the business offers services from regular self-defense and trauma treatment training to school risk assessments and classroom protection plans. 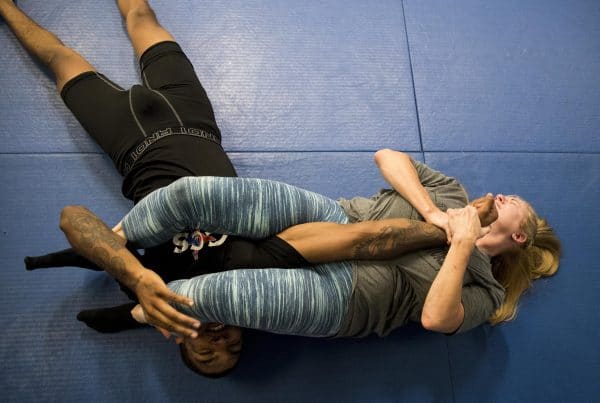 Lisa Johnson, CEO of Teachers Not Targets, holds professional fighter Justin Williams in an arm bar during practice on Thursday. Johnson left teaching to start the company this summer after becoming convinced the best way to protect students during a school shooting is to take an offensive approach, including hand-to-hand combat with the shooter. She hopes to train educators how to fight people with guns in a classroom and defend their students. [JOSHUA BOUCHER/THE NEWS HERALD]

“They want to protect children from harm,” Cummings said of Johnson and Woodyard. “Because when stuff goes down at a school, law enforcement isn’t there yet, so then what do you do?”

After Columbine, Johnson, an English and yearbook journalism teacher at Arnold High School, took many courses during the years on how to protect classrooms and schools against potential shooters, then later started ongoing martial arts training. A turning point came for her though in 2017, when one of her students threatened to shoot up the classroom.

“He was intercepted by the school resource officer and arrested … but it dawned on me that the threat could start inside my own classroom,” Johnson said.

Then the following year, Hurricane Michael hit and devastated the community.

Johnson said she could see the trauma the hurricane caused students, which made her think of the trauma students must endure after a shooting.

“As bad as our trauma was, it wasn’t like dealing with the trauma of someone shooting your friends,” Johnson said. “I knew then that I could stay and make the best yearbook possible, but if something were to happen in a classroom and I hadn’t used the knowledge I had, how could I live with myself?”

So after teaching the previous summer school, Johnson decided to resign and dedicate herself to preparing other teachers for the worst.

“It’s a good idea,” Cummings said of the business. “Teachers have come to me and one of the parents has come to me, wanting me to do this.” 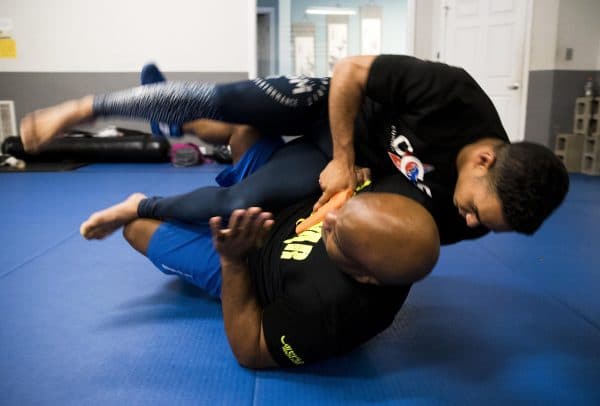 “I’ve been overseas, not in the military, but I used to train military and police,” Cummings said.

When it comes to self-defense and disarming shooters, Johnson’s goal is to provide teachers ongoing training once a week.

“You need that ongoing self-defense … it might be five or six years later when you need it and you don’t want to be rusty,” Johnson said.

Johnson added that she wants to provide schools with more than just generalized plans for a school shooting incident.

“Teachers need individual classroom plans,” she said. “What we plan to do is go room by room and meet with teachers individually and make a plan … how to weaponize items in the classroom.”

Johnson said she’s in talks with Bay District Schools officials and board members, but also is reaching out to other school systems.

“One of the schools in Denver, Colorado, wants us,” Cummings said. “They want to fly us out and see what we have.”

Still, Johnson wants to make teachers in Bay County her priority if possible.

“You just think of Parkland and it’s heartbreaking,” Johnson said, referring to the 2018 Stoneman Douglas High School shooting in Parkland, in which 17 people were killed. “I want Florida to turn that around and show that it’s doing its best to protect kids and I want Bay County to be the best example.”

Teachers not Targets can be contacted at 321-987-1498 or by email at [email protected], or visit them at 1816 Allison Ave. in Panama City Beach. For more information, visit https://teachersnottargets.com/.