Family never gave up finding his remains at Pearl Harbor. Now, he’ll get a proper funeral.

Gene Costill was 14 when his brother Harold was killed in 1941 at the Japanese attack on Pearl Harbor.

Later this month, he will finally have a chance to bury him in his hometown of Clayton during a long-awaited funeral.

“This is a great thing for the family that there is closure from this catastrophe,” Costill, 93, said Thursday.

Harold Costills’ remains were recently identified after being exhumed from a military grave in Hawaii. It came largely through the efforts of Joan Burke, his sister, who was born eight years after his death and died three years before his remains were found. 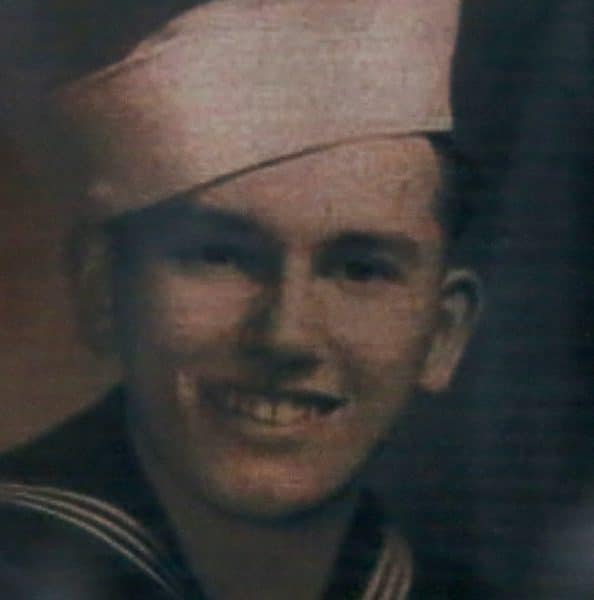 Harold “Brud” Costill died during the attack on Pearl Harbor in 1941. His family will bury his remains later this month in Clayton. (NJ Advance Media Group/TNS)

A memorial service will be held on Sept. 14 at Clayton High School. A burial, with full military honors, will follow at nearby Cedar Green Cemetery.

Harold, 18, was a fireman third class aboard the USS West Virginia on Dec. 7, 1941. He died in the engine room of the battleship that morning, as it slowly sank to the bottom of a shallow bay.

It was the same vessel where Doris “Dorie” Miller, a cook, manned an anti-aircraft gun he hadn’t been trained on and fought back against attacking fighter bombers. Miller was the first African American to be awarded the Navy Cross, a distinguished combat medal.

Miller survived that day. Costill did not.

“My mother and my sister Joan had the greatest faith I ever knew,” Costill said. “The two of them absolutely knew what we are doing on Sept. 14 was going to happen. They never knew when, they never knew where, but they never gave up hope.”

Local officials say they are filled with pride and sorrow.

U.S. Rep. Jeff Van Drew, D, 2nd District, who represents the area in congress, said he planned to do “everything humanly possible” to attend the funeral.

“It an amazing story,” Van Drew said Thursday. “It shows the power of endurance when a family just does not give up, cares so much and loves so much that they finally prevail.”

The Costill family has lived here for generations. Harold will be buried in the family grave site near his grandfather, who was wounded as a Union soldier in the Civil War.

Gene, a retired DuPont paint factory supervisor, also served in the Coast Guard during World War II. When he returned, he served five terms as mayor of Clayton.