As relief and evacuation efforts ramped up Saturday for the hurricane-scarred islands of Grand Bahama and the Abacos, the Bahamas health minister Duane Sands reported that at least 44 people have died in the Bahamas _ though the number is expected to rise with hundreds of people still missing.

Some of those killed by Hurricane Dorian had taken refuge in Marsh Harbour churches, authorities said.

Nearly 70,000 people are believed to be homeless on the islands, according to the United Nations. 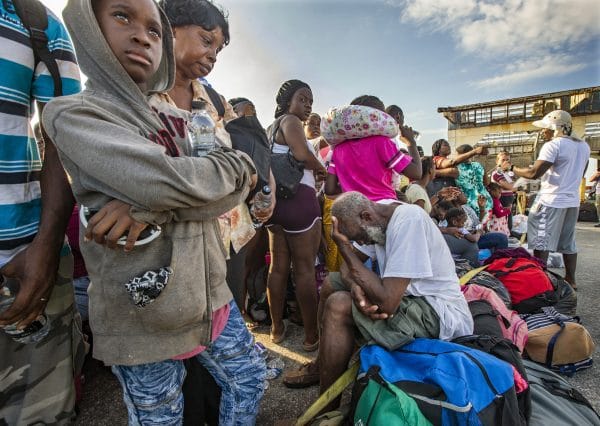 The Bahamian government is working with numerous search and rescue teams to reach communities isolated by flood waters and debris left in the wake of the hurricane that slammed the northern Bahamas earlier this past week with 185 mph winds that wiped out countless homes, churches and other buildings.

On Saturday, in response to the unfolding catastrophe, the White House National Security Council met with U.S. agencies to develop the government’s humanitarian aid plan, including communications, electricity and air traffic control as well as food, water and medical care.

Saturday marked four days since Dorian, a Category 5 hurricane, finished its pounding of the Bahamian islands. Authorities worked around the clock to find bodies, reach obliterated neighborhoods and care for victims.

Meanwhile, Dorian was still galloping north on Saturday _ forecast to strike Canada. Late Saturday, It was a clocked as a Category 2 with 100 mph winds, moving northeast at 30 mph towards Nova Scotia.

Earlier in the day, hurricane-force winds lashed the outer banks of North Carolina, whipping up surge and flooding. At least two people died in North Carolina. 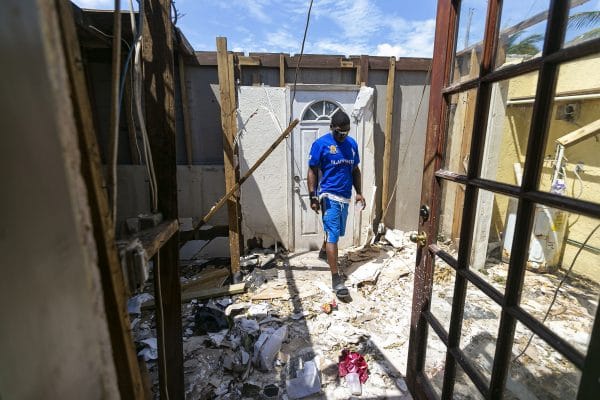 In the Bahamas, efforts were stepped up to move evacuees by the thousands to safety, including on a cruise ship that arrived Saturday morning at the Port of Palm Beach. Bahamas Paradise Cruise Line said its ship, Grand Celebration, brought 1,100 people to South Florida after spending almost an entire day vetting the evacuees’ visa and passport documents. On Friday, the ship had docked in Freeport and delivered tons of water and food for hurricane victims.

Meanwhile, the Coast Guard reported rescuing 290 people in the Bahamas. Based out of Andros Island, six MH-60 Jayhawk helicopters have been conducting search and rescue missions along with area assessments. Nine Coast Guard cutters are also providing support to the Bahamas National Emergency Management Agency and the Royal Bahamas Defense Force.

The Bahamanian government has set up a medical triage team at the Nassau airport to evaluate hundreds of people being brought from Abaco and the Grand Bahama islands.

She told Nu Visual Media that doctors, nurses and paramedics have evaluated about 300 people so far, with the idea of separating them into two main groups: those with serious injuries, who are being transferred to a local hospital, and the rest, who are being sent to clinics. She said some suffered head, spinal and bone injuries along with lacerations, while others have chronic illnesses such as diabetes, hypertension and varying blood sugar levels.

She described some as the “walking wounded” _ still in shock over Dorian’s damage to themselves, their homes and community.

“This is a very difficult time for us here in the Bahamas,” Hanna said. “We’ve never experienced anything like this.”

On a positive note, however, “we’ve seen such an outpouring of assistance from our partners worldwide,” she said. “It will be some time before the Bahamas recovers from this.”

But many suffering Bahamians, baking under a blistering sun, simply wanted out _ and the pace of evacuations was maddeningly slow.

“It’s all so unsure and chaotic,” said Angelique Hall, who was nursing an infected leg and joined her blind father and young child at the Marsh Harbour Port Authority hoping to catch a ride to Nassau. “We’re getting desperate here.”

Hall and her family were among 300 to 400 people who crowded the port. A private ferry was hired to evacuate port employees. The boat had room for only about 100 evacuees, and police and military officers were trying to prioritize women, children and the sick.

Dorian did so much deep and lasting damage that it’s easy to see why an exodus is underway. There’s no power and no water. The Abaco island’s only radio station is off the air. The businesses that drove the economy _ the hotels, the harbors, the restaurants _ are gone. So is most of the housing.

Along with hundreds, perhaps thousands, of others, Herod Innocend had come to the dock in Marsh Harbour at 3 a.m. Saturday in hopes of catching a boat ride to Nassau. But that’s just the first leg of a trip that he hopes will ultimately end in West Palm Beach, where he has family.

“There’s no food, no water,” he said, gesturing to Abaco at large. “There’s nothing left to live for here, not right now. We got to go.”

Some storm refugees were being ferried to the island of Eleuthera, which escaped major damage but itself needed supplies brought in for the storm exiles.

Prime Minister Hubert Minnis visited Abaco’s port, urging patience and calm, particularly for the Haitian minority community. He also announced that Bahamasair, the country’s national airline, would offer free flights for residents of Abaco and Grand Bahama _ though some Treasure Cay evacuees told the Miami Herald the airline was charging them and other passengers $75 to travel to Nassau.

Relief and evacuation efforts have been complicated by chaotic air traffic control.

Hope of better organization came Friday as the U.S. Agency for International Development, which is organizing the relief efforts, formally asked the U.S. Department of Defense for help. Officials announced that the Department of Defense would begin “airlift and logistics support,” which would include clearing the runways at Abaco’s airport.

Juanita Percentie, owner of the Tingum Village Hotel on Harbour Island, said the U.S. military should take over some of the relief efforts in the Bahamas.

“Based on the magnitude of the devastation, we cannot organize ourselves in a timely manner,” Percentie said, referring to the Bahamian government, which is “overwhelmed.”

The desperation of Bahamians for basic necessities grew through the week. On the streets of Marsh Harbour aid was starting to be delivered in earnest _ largely by private organizations and nonprofits.

On the backstreets of the shattered city, a pickup truck was roving the neighborhoods handing out water, bleach, toiletries and pizza door to door.

“It may not have made it here in 30 minutes and it’s not hot, but it’s ready,” one of the workers said as he handed out boxes of Pizza Hut.

The organization behind the initiative, HeadKnowles, has been one of the most active and visible on the island. Andrew Knowles, whose wife is a co-founder of the group, said that the aid arriving at the docks and airport was valuable _ but only to those who had the means and health to make it there.

“People living at home are the ones who need it the most,” he said. “You got to get it to them.”

Knowles said the homegrown project had started in 2015 after Hurricane Joaquin, and that over the years the organization had figured out what people need most: water, cleaning supplies and comfort food.

Gerald Cantave, 43, lost the roof of his home and most of his belongings to the monster storm.

“This is the first aid we’ve seen,” he said, walking away with a few gallons of water and a slice of pizza. “And we need everything … We lost everything.”

Without good communications, people were trapped in hyper-local bubbles. While aid was coming into the dock on Thursday, many people were unaware of it. The same thing was happening at the airport, where the pace of inbound aid and charter flights was starting to pick up.

Other aid groups were also on the ground, providing meals and helping clear roads.

In South Florida, relief efforts continued through the weekend. On Saturday, the U.S. Agency for International Development geared up to send more life-saving assistance to the Bahamas. The agency’s administrator, Mark Green, inspected a Miami warehouse facility storing humanitarian aid for hurricane victims.