A few feet can make the difference between life and death in war.

Edgar Van Buren, a lieutenant in the Navy Seabees, watched a fellow member of the 62nd Construction Battalion drive a bulldozer on the sands of Iwo Jima just five days after U.S. Marines had secured the island after a bloody, monthlong battle. The bulldozer dug into the sand, revealing a live shell just a few feet away.

Van Buren, who was in charge of the heavy equipment, yelled “stop!” at the top of his lungs. The bulldozer went silent and came to a stop. Everyone near the bulldozer quickly stepped back. Van Buren guessed that if the bulldozer had hit the shell, everyone within 100 yards would have died. 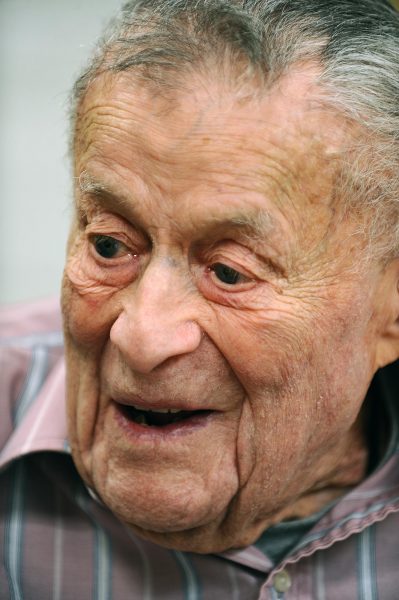 “The Marines came down and did away with it, the land mine,” said Van Buren, now 104.

A search of the rest of the beach came up empty, relieving Van Buren and his fellow Seabees.

The Seabees, the Navy’s construction force, had stayed anchored offshore during battle in the Pacific Theater and typically didn’t come onshore until a few days after an island was secure. But danger still lurked. They had to watch for Japanese kamikaze planes while anchored and land mines when they set foot on an island.

“You’re always in danger when you’re in a war zone,” Van Buren said.

The longtime Framingham resident graduated from New York University in 1936 with a bachelor’s degree in civil engineering and quickly landed a job with the Turner Construction company. In the spring of 1943, he visited a Navy Seabees recruiting office in New York and presented his credentials.

“They said ‘you are just what we’re looking for,’ ” said Van Buren’s son, Stephen. 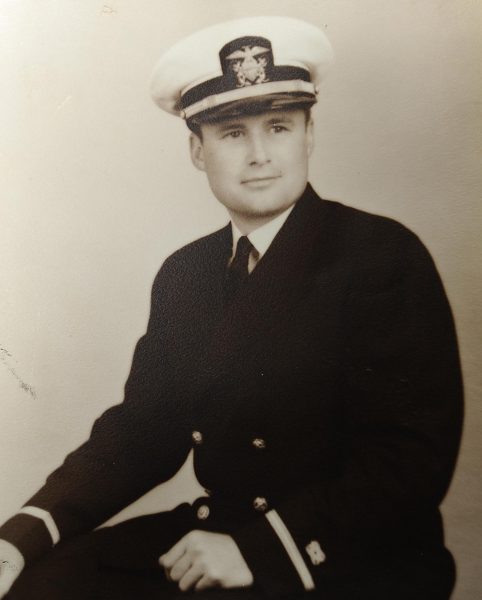 Once the Marines secured an island, the Seabees would come ashore and build airfields and housing. Van Buren served on the islands on Eniwetok and Kwajalein.

“We spent more time waiting than anything else,” Van Buren said with a chuckle.

He was then transferred to the 62nd Battalion, where he was stationed offshore of Iwo Jima while the bloody, five-week battle ensued. Nearly 7,000 Americans died during the battle.

“It was a severe confrontation,” he said. “The 4th Marines had a tough battle. The possession of Iwo Jima sealed the Japanese situation.”

The first task for Van Buren and his crew once they came ashore Iwo Jima was to repair the significant damage to the existing airfield.

“The Navy had bombed Iwo from the air and sea,” said Stephen Van Buren.

The newly constructed airfields allowed B-29 bombers to land on Iwo Jima, which was critical to a potential invasion of Japan. Iwo Jima is about 800 miles south of Japan.

The Seabees remained on Iwo Jima until the Japanese surrendered in September 1945.

“When do I get home?” Van Buren said of his first reaction was to the news.

Van Buren and a close friend, Sam Fowler, were asked to go on a reconnaissance flight over Japan shortly after the war ended. Fowler declined because of the stormy weather forecast, but Van Buren accepted the offer.

Halfway between Iwo Jima and Japan, the sun peered out from the clouds. Looking down, Van Buren saw the damage that remained in Japan.

“We saw a lot of destruction,” he said. “It had been poured on Japan. The shores on both sides of the island were nothing but damage. You could hardly make out the shore with the glitter of glass and steel. Japan was pretty well bombed by that time. The war was all over, but the damage remained. It was extensive.”

Van Buren returned back to New England after being discharged in the fall of 1945. He went back to work at Turner Construction and would travel with his family across the region working on projects before finally moving to Framingham. He worked as a plant supervisor in Ashland before retiring.

He stayed close friends with Fowler and often went to visit him in Texas to reminisce about their days in the Seabees, which bring great pride to Van Buren.

“They remained friends for many years,” his son said.