‘A long road to recovery.’ US preps aid for Bahamas, taking stock of Dorian’s damage

The U.S. has deployed a disaster response team to the Bahamas to assess what is expected to be catastrophic damage to the island nation from Hurricane Dorian.

A USAID official told McClatchy that aid has been prepositioned in Miami, Houston, Barbados, Haiti and Dominica — including food, water buckets, hygiene kits, chainsaws and plastic sheeting for emergency shelter — awaiting shipment to the Bahamas once the agency’s disaster team completes its first assessment of the damage.

“We have stuff ready to go — but right now we’re preparing to do assessments,” the official stated.

The evaluations are being conducted by USAID’s Disaster Assistance Response Team, the official added, in order to identify the Bahamian government’s most urgent needs firsthand.

Hurricane Dorian made landfall as the strongest Category 5 storm ever to ravage the Bahamas, carrying 185-mph sustained winds and 220-mph wind gusts. At its peak strength, it was the second-largest storm ever recorded in the Atlantic. 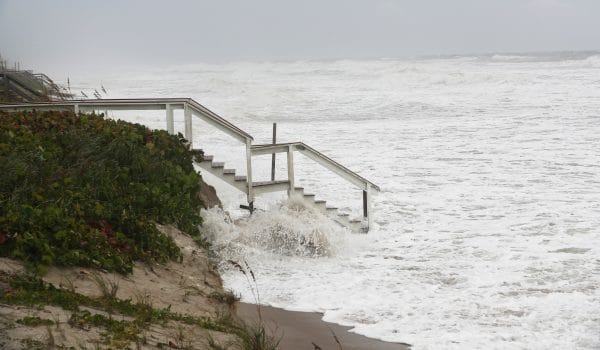 USAID’s rapid response has been at the “coordination and encouragement” of the White House, the USAID official said, and is funded by international disaster assistance, a multi-year program.

President Donald Trump tweeted 43 times on a series of topics over 36 devastating hours for the Bahamas. While he offered residents his prayers on Sunday, when Dorian first made landfall, he has yet to publicly express support for international aid.

No request has been made of the Department of Defense for assistance, but the State Department is coordinating with the Coast Guard, officials from the State and Defense departments said. Military aircraft will only be called in to the effort if no other equipment can reach parts of the disaster zone.

Despite its proximity to U.S. Southern Command headquarters in Miami, responsibility for providing aircraft or ships for any rescue or relief effort in the Bahamas would fall to U.S. Northern Command.

Northern Command commander Gen. Terrence O’Shaughnessy told reporters at a briefing Tuesday that the command was in close coordination with State Department officials on the ground in the Bahamas. 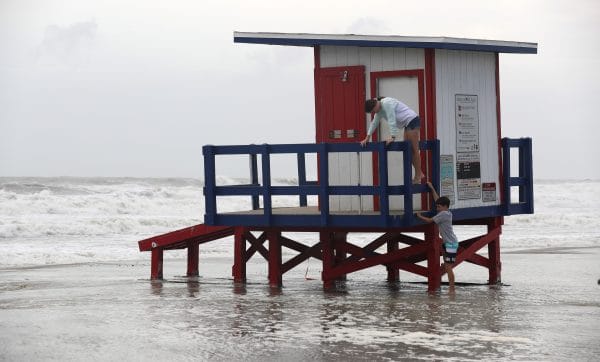 If a request for U.S. military assistance is made, Defense Secretary Mark Esper had authorized Northern Command to provide up to 14 days of immediate response, including medical, logistics help and airfield repairs, depending on the needs identified on the ground in the Bahamas by the State Department.

That aid could include the hospital ship USNS Comfort, which is located about 5 days sail away in South America, or it could include a response as large as the amphibious assault ship USS Bataan, which is off the coast of North Carolina and due to a previous deployment, already has heavy lift helicopters including MV-22 Ospreys on board.

But so far, there’s uncertainty as to what the Bahamas will need, O’Shaughnessy said. “The storm is still impacting the area,” he said.

On Twitter, the Coast Guard said that the public can help in their efforts by only sharing “accurate/verified info” from the disaster area.

Three hours after Dorian made landfall on the Abaco Islands, Trump wrote: “Pray for the people in the Bahamas. Being hit like never before, Category 5. Almost 200 MPH winds.”

“It really depends on the complexity and prominence of the emergency,” said Jeremy Konyndyk, former director of USAID’s Office of U.S. Foreign Disaster Assistance under Obama and now with the Center for Global Development. “This kind of a crisis is an extreme version of an otherwise standard crisis of hurricanes. Where the president’s role comes in is when there’s a particular outlier of an emergency, like the Haiti earthquake, when you had 200,000 dead, or the Ebola crisis in West Africa.

“When you need the government to do something it’s not used to doing, that’s when you need presidential leadership,” Konyndyk added. “We don’t know if this meets that threshold yet.”

In a statement to the media, USAID said that the government is committed to aiding the Bahamas as “the world’s humanitarian leader.” The U.S. and Bahamian governments are in contact to coordinate the coming effort, the agency said.

“I know many of us in South Florida have friends and family in the Bahamas who are going to have a long road to recovery ahead after Hurricane Dorian — a road we know all too well in Florida,” tweeted Rep. Debbie Mucarsel-Powell, D-Fla., who added that she spoke with the Coast Guard officials in Key West about search and rescue efforts.

A congressional source briefed on an interagency call Tuesday morning said that USAID officials outlined their planned relief efforts for the Bahamas. Florida Sen. Marco Rubio said the Coast Guard is “ready to deploy behind Hurricane Dorian to provide aid and assistance to our neighbors on the islands.”

U.S. Rep. Frederica Wilson, D-Fla., said the Federal Emergency Management Agency has already sent $250,000 to the Bahamian government to pay for water, ice and supplies on the ground.

She is worried for the safety of squatters who live on the Abaco Islands without homes. Wilson said many of the squatters, most of them undocumented immigrants from Haiti, did not go to designated shelters because they were worried about being deported.

“I’m waiting to get an update from the Coast Guard in their search, recovery and assistance efforts,” Wilson said. “Have they found any bodies or people who were just washed out to sea?”

USAID has assured her that they have enough helicopters and airplanes in place to do search and rescue work. She declined to criticize Trump after he went golfing over the Labor Day weekend despite canceling a trip to Poland because of the storm.

“I don’t want to pick a fight with him because I don’t want the Bahamas to be like Puerto Rico,” Wilson said. “But it is very insensitive of him to not have made some statement, though maybe I missed them.”

Wilson said the Bahamas does not need clothing donations and recommended that people donate medication, first aid kits, food or cash. Her congressional office in Miami Gardens is available to take in donations.

Sen. Rick Scott, R-Fla., has also shared information on how to donate supplies to the Bahamas, while USAID encourages Americans interested in donating to the Bahamas to do so with cash gifts.

“Cash donations are the most efficient form of assistance, and allow relief supplies to be purchased in markets close to the disaster site,” a USAID spokesman said.

“What’s happening right now is the search and rescue and I keep seeing in my mind nightmare images of Katrina, Hurricane Katrina, when people were on rooftops and isolated and not knowing how to receive help,” Wilson said. “This is so emotional for me, my family is in the Bahamas.”