A box containing the remains of a Portland man who died 19 years ago were turned into a police station Monday by a person who found the container near a North Portland Oregon National Guard armory.

Floyd Leslie Hill’s name and years of birth and death were on the container, but police know little about him and asked for the public’s help Tuesday to find his relatives.

Few traces of Hill’s life in Portland remain. But The Oregonian/OregonLive confirmed his identity through genealogy records and used other documents and interviews to learn more about his 80-year life. 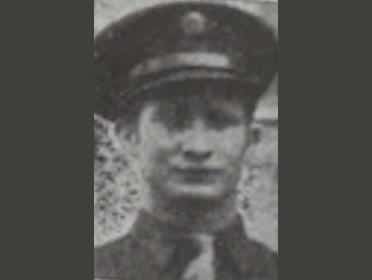 Floyd Leslie Hill served in the military during World War II. His ashes were found abandoned Monday in North Portland. (The Oregonian/TNS)

The Northeast Portland house where he lived has been demolished. The concrete and steel company where a directory said that he worked in 1955 no longer exists. A search of police files turned up that Hill used to go by “Frank,” but no other information that could help track down his family, said Sgt. Brad Yakots, a Portland Police spokesman.

The Oregonian/OregonLive spoke Wednesday with family members in the Midwest who said he was estranged from them his entire adult life. They made it clear they do not wish to claim his ashes.

Records from the 1940 census list him as a soldier stationed in Los Angeles. He was stationed in California and Washington before serving in an artillery division in Alaska for at least three years, according to a World War II history book.

When no one claims the remains of veterans, the Missing in America Project can coordinate interment at a national cemeteries, said Chris Hawes, the volunteer group’s Portland area coordinator. The group arranges about 500 interments nationwide every year, he said.

Last year, the group worked to inter the remains of 38 people from Southwest Washington, including one man who had died seven decades earlier, Hawes said. More than 200 people attended the service at Willamette National Cemetery in Portland, he said.

Hawes said he believed his group may be able to help ensure Hill’s remains are interred.

An official at Omega Funeral & Cremation Service, which now has Hill’s remains, could not be reached.

Police said people who know more about Hill can share the information with the funeral home at 503-231-6030.