Erie, Pa. native 1st Lt. Catherine Stark earned her wings Friday at a ceremony in Kingsville, Texas, and in doing so became the first female Marine to be assigned to the U.S. Navy’s F-35C fleet replacement squadron.

The F-35 Lightning II, designed and built by Lockheed Martin, is a fifth-generation fighter designed to replace the F-18 in the Navy and Marine Corps and the F-22 in the U.S. Air Force. Of the three models, the F-35C is designed specifically to take off and land on aircraft carriers. 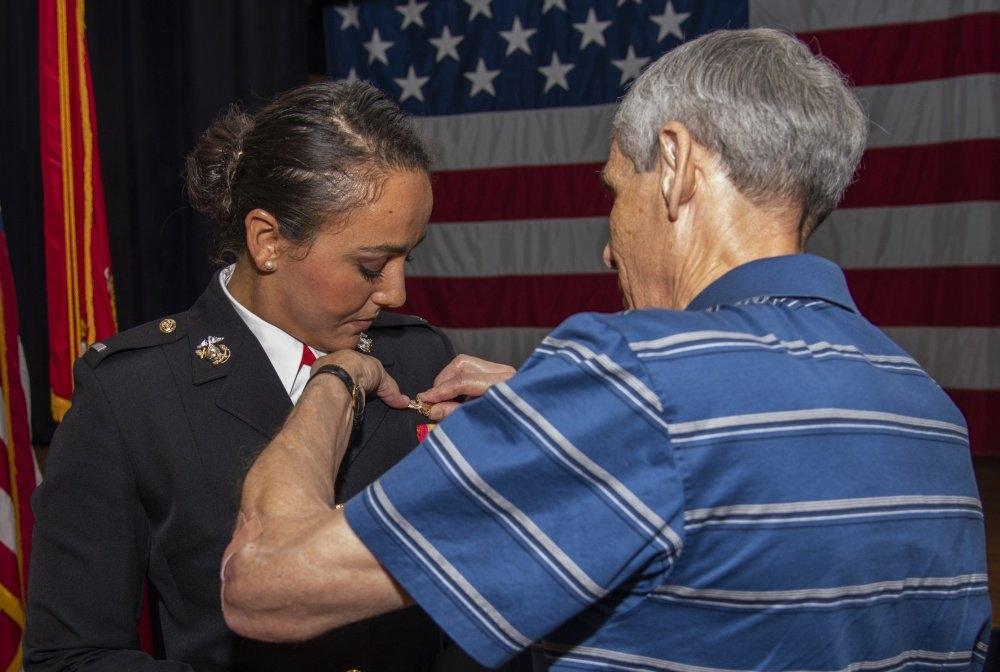 Marine 1st Lt. Catherine Stark, an Erie native, gets her aviator Wings of Gold pinned on by family friend and retired Navy Capt. William DiFilippo on Friday in Kingsville, Texas. Stark will continue to her assigned fleet replacement squadron to fly the F-35C II Joint Strike Fighter jet aircraft. Stark is the first female Marine to be assigned to the Navy’s F-35C FRS. (Anne Owens/U.S. Navy)

Stark, 24, is a 2012 Mercyhurst Preparatory School graduate and the daughter of Bud and Beata Stark of Erie. She will soon begin training to fly the F-35C Lightning II at the Naval Air Station in Lemoore, California.

Catherine Stark said the military has been training experienced F-18 pilots to fly the F-35 since its deployment.

“Up until now they were only taking F-18 pilots that were already out in the fleet, someone with a lot of experience, and they were sending them back to school for six months and then transitioning them to the F-35,” she said Tuesday during a telephone interview. “But recently, they’ve been picking people right out of flight school (for the F-35). That’s been the special thing. Up until now, people fresh out of flight school with no fleet experience — like myself; I haven’t been to a squadron yet because I just finished flight school — we didn’t have the opportunity to select the F-35.”

Stark and another classmate were the first Marines chosen for the F-35C upon completion of flight school.

“And I guess you could tack on that, because I’m a woman, by virtue I guess I’m the first woman picked to fly the F-35C for the Marine Corps,” she said. “I’ve been blessed to get picked up for the F-35 Charlie. I don’t want to downplay it, but I don’t think it’s that big of a deal.”

Beata Stark says her daughter has been modest about the accomplishment but shouldn’t be.

“She was evaluated by merit, not by gender,” she said. “She had to meet the same standards to pass as everyone else. So, we’re proud, we’re grateful.” 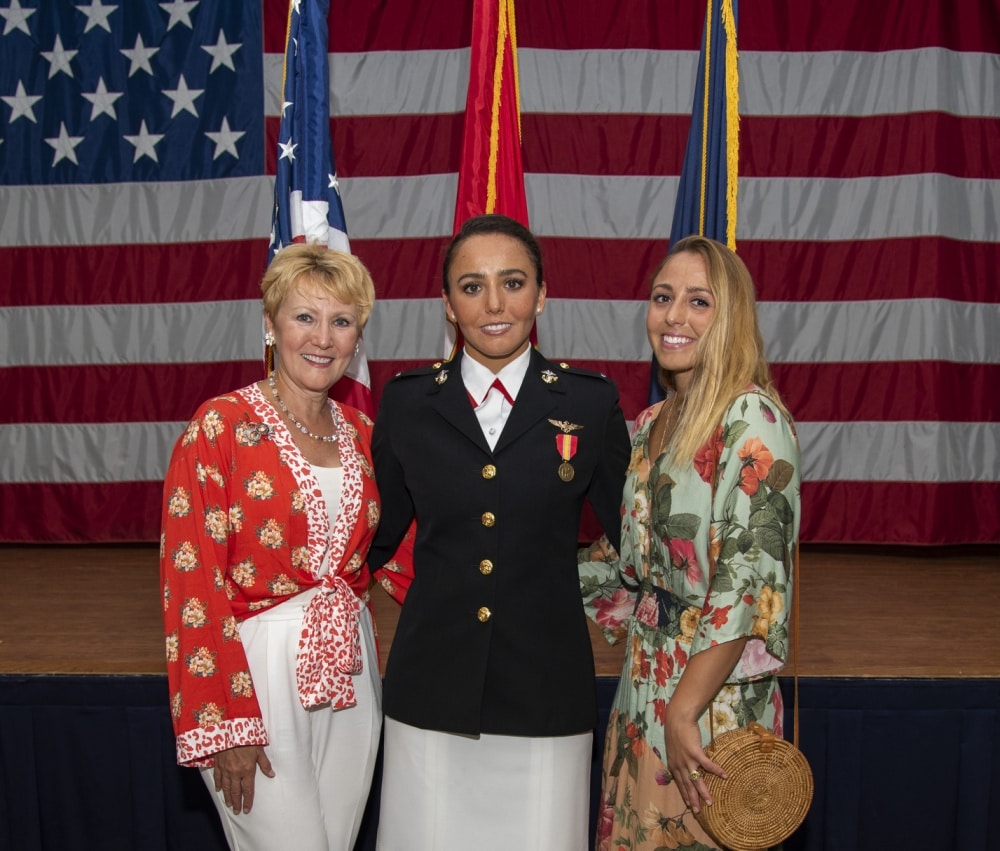 Catherine Stark graduated with a degree in aerospace engineering from the U.S. Naval Academy and was commissioned as a Marine officer in 2016. She spent about 18 months in flight school before earning her Wings of Gold — the insignia worn by naval aviators — on Friday.

Stark spent her first six months of flight school training on the Beechcraft T-6 Texan II and then advanced to the aircraft carrier-capable McDonnell Douglas T-45 Goshawk, which she flew for a year.

Pilots make two flights a day during training, which can be grueling, she said.

“You’re learning a lot and there’s so much knowledge required,” Stark said. “I can only compare it to becoming a medical doctor. You’re flying every day and getting evaluated and really intensely scrutinized.”

The F-35C will be “completely different” from flying the T-6 and T-45 training jets, which don’t require pilots to learn about weapons systems, radars or military flying tactics, Stark said.

“Looking back, something I thought would be so hard is almost a joke now compared to the new challenge,” she said.

Stark will be deployed after about a year of training.

“The most enjoyable thing is it’s such an amazing challenge,” she said. “It’s mental. You have to know your stuff. It’s intellectual. You have to apply your brain to this job, but it’s also so physical because we’re strapped in this tiny jet and you’re undergoing G’s and it’s smoking hot in Texas. It wipes you out physically. It’s spiritual, too, in the sense that you have to have a bit of feistiness and not give up.”

Catherine Stark is the fourth of eight children in her family and among three in the military. Her brother, Lt. Joseph Stark, is a Naval Supply Systems Command logistics director for Seal Team 4, and Zofia Stark, who, like her sister, completed the U.S. Naval Academy in 2016, is a 1st lieutenant in the Marine Corps.

Mercyhurst Prep celebrated Stark’s achievement Tuesday by posting video of her taking off from an aircraft carrier.

“She’s quite an accomplished young lady,” said Marcia Gensheimer, director of alumni and public relations for the school.