Evan Parton of Tribute to the Troops, right, jokes with 95-year-old Margaret Treadway as her daughter, Joy Gravley Wood, laughs by her side on Sunday, prior to the presentation of the Gold Star flag. [Michael Barrett/The Gaston Gazette/TNS]
July 14, 2019 Michael Barrett - Gaston Gazette, Gastonia, N.C.
Share
Tweet
Flip

World War II was winding down, and Margaret Treadway and her husband of six years already had a 2-year-old son together when she learned her spouse had been killed at sea in a Japanese kamikaze attack in 1945. 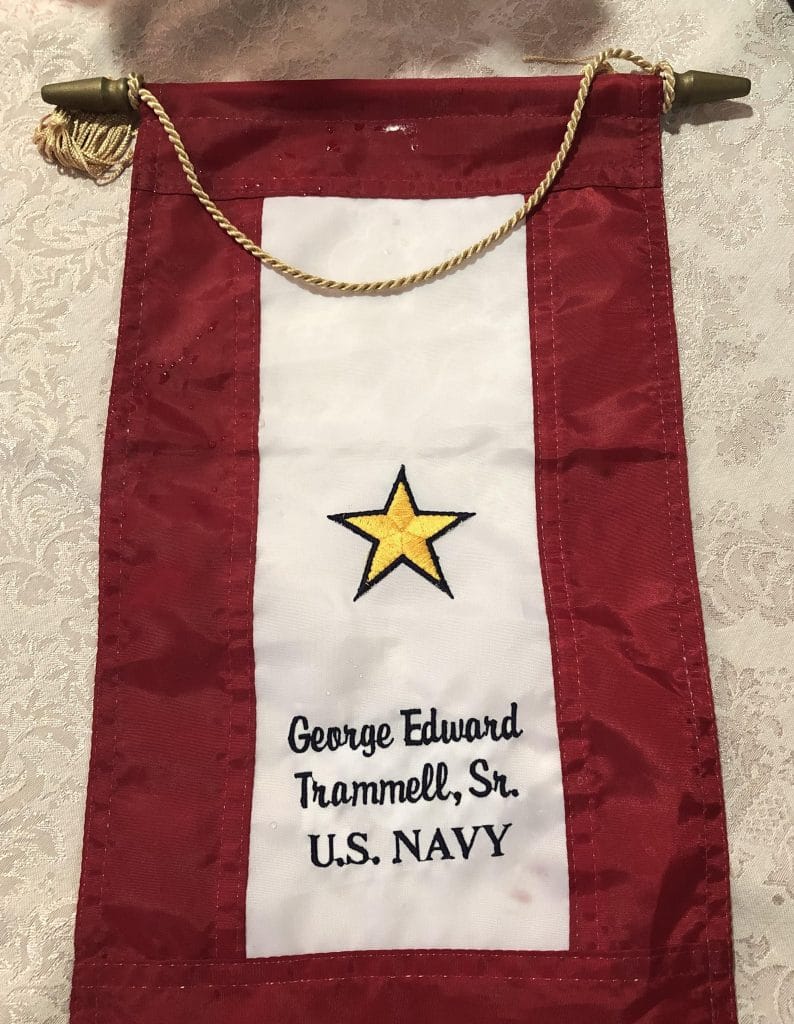 The Gold Star flag that was presented to Margaret Treadway on Sunday in Cherryville, which bears the name of her first husband. [Michael Barrett/The Gaston Gazette]

The tragic death qualified Treadway to receive a special flag with George Edward Trammell’s name on it, honoring both his memory and her own loyal service as a Gold Star Wife. But more than 74 years passed without that happening.

So on Sunday, a band of people came together in Cherryville to correct a slight that went unrectified for far too long. Officials with the Gold Star organization and volunteers from Tribute to the Troops joined Treadway and several of her family members for a special event at Peak Resources, an assisted living center. They presented the 95-year-old Greenville, South Carolina native with the Gold Star flag that had long evaded her. 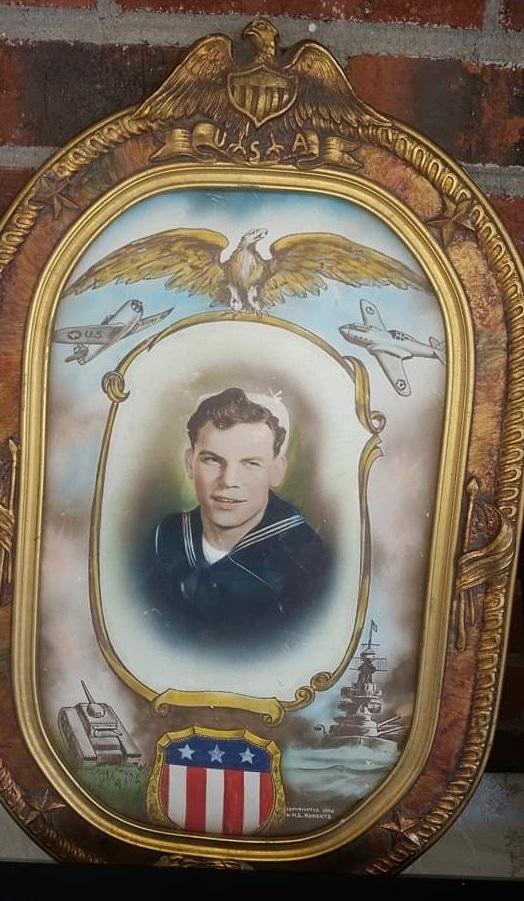 A framed photo of Navy seaman George Edward Trammell as he appeared prior to his death on Feb. 16, 1945 in World War II. [Special to The Gazette]

“They had just overlooked her,” said Joy Gravley Wood, Treadway’s daughter and youngest child, who lives in Shelby. “(Trammell’s) mother got a flag, but my mother didn’t.”

Trammell was serving in the Navy on board the LCI-7, a large infantry landing craft, when it was deliberately attacked and struck by a Japanese boat loaded with explosives on Feb. 16, 1945, off the coast of the Philippines. He was initially declared missing in action, then killed in action a year later, though his body was never recovered.

Treadway received the military benefits she deserved. She remarried another military man, Arthur Gravley of Brevard, six months after the war ended and went on to have four more children, including Wood. After Gravley died in 1995, she even remarried a third time.

But the Gold Star flag never came. And it took some elbowing and nudging from Evan Parton, vice president of Tribute to the Troops in North Carolina, to make it happen.

“When I heard about her situation and not getting some things she deserved, I said ‘Not on my watch,'” he said Sunday. 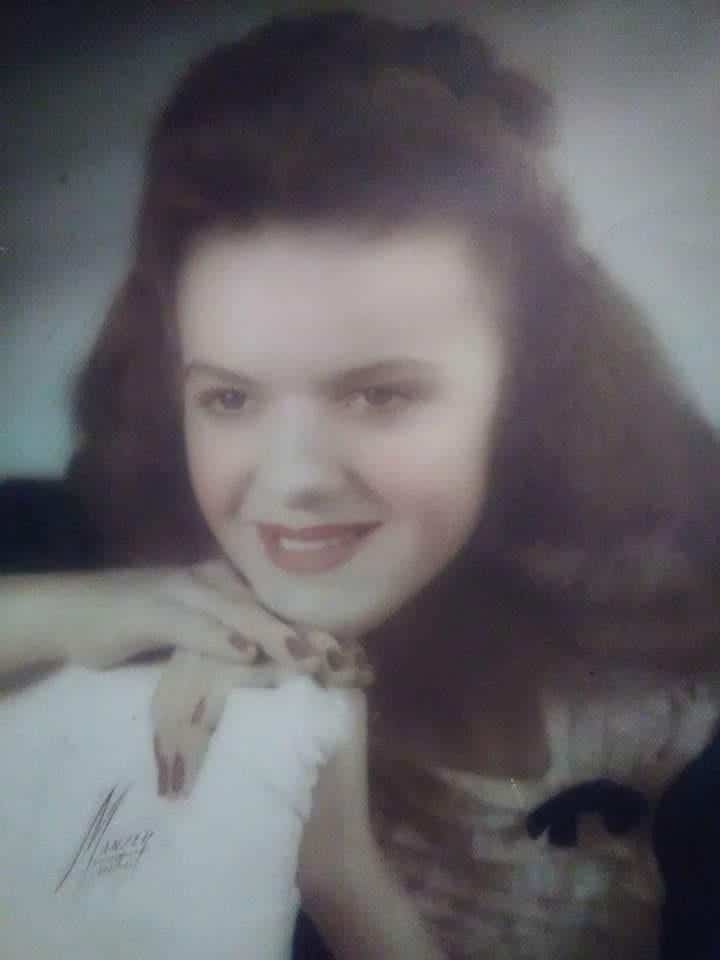 A photo of Margaret Treadway in her younger years. [Special to the Gazette]

Parton learned about Treadway’s circumstance through a friend three years ago. He was able to make some headway at that time by presenting Treadway with several special flags acknowledging her legacy as a military wife, but the Gold Star hurdle remained.

Treadway had moved in with her daughter in Shelby when she had a stroke and fell three weeks ago. Her physical and mental health and her speech has been affected since then, which led to her current residency at Peak Resources in Cherryville.

“When I heard she had been moved up here in Cherryville with her mother, I knew we had to get this done,” Parton said.

Tribute for the Troops is closely tied to the Gold Star organization, so Parton began calling officials with the latter group to put some final pressure on making Treadway’s flag a reality, and he finally got positive feedback. Tribute for the Troops’ volunteer base consists of motorcycle enthusiasts, so Parton also solicited his fellow bikers to ride down to the presentation Sunday afternoon.

Since they were setting off from an hour away in Statesville, he didn’t expect a huge turnout on such a sweltering day.

All 32 of those motorcycles rumbled into the nursing home parking lot Sunday, and the riders soon helped to fill a room in honor of Treadway. They also presented her with a Prisoner of War/Missing in Action flag in honor of her second husband, who had his own dramatic story of survival after being captured in Germany during World War II.

‘To make it right’

After taking on the quest of getting Treadway her Gold Star flag, Parton realized a surprising connection. His wife’s stepfather had long told her stories about serving on the LCI-8, another infantry landing craft that was nearby when the LCI-7 was attacked, and of how he watched in horror as the sister ship sank in just 15 minutes.

“He said there were so many bodies in the water, they didn’t know if they were rescuing Americans or Japanese,” said Parton. “So in 1945, my father-in-law was in the exact same waters as (Treadway’s) husband was when he was killed. I was blown away.”

No one can say for sure why Treadway slipped through the cracks, but everyone agrees she should have been recognized many years ago, said Janice Badgley, a Gold Star Mother from Kannapolis who represents the organization’s Piedmont chapter.

“This is to make it right,” she said, adding that the flag symbolizes the sacrifices Treadway made as a young wife and mother all those years ago. “What an honor. This man died for us, and she stood by his side the whole time.”