Think you’ve seen it all from Army Ranger Mat Best? His book ‘Thank You For My Service’ will prove you wrong

You might know former Army Ranger Mat Best from his viral YouTube videos that have more than 140 million views, chart-topping music hits from his band Lincoln’s Box Seats, or as vice president of one of the country’s fastest-growing coffee companies, Black Rifle Coffee.

Next month, he’ll officially add another title to his resume: published author. His book, “Thank You For My Service,” will be released Aug. 20 and has been available for pre-order. It’s already the No. 1 new release in Love, Sex & Marriage Humor on Amazon. 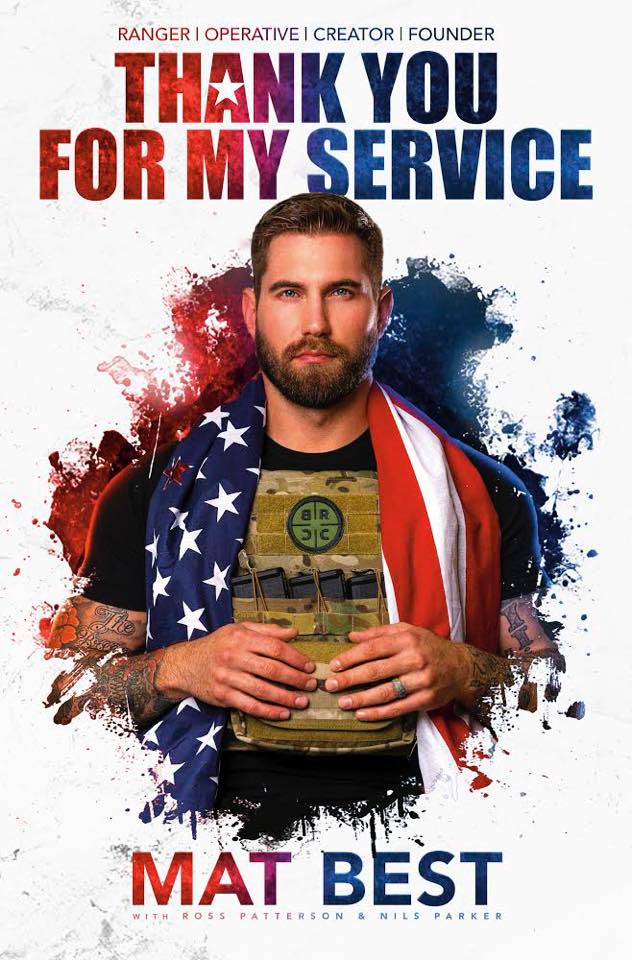 “I never knew I would write a book. I don’t know if a book like this exists,” Best recently told American Military News. “First and foremost, I consider myself a storyteller – whether through YouTube videos, music and now the book. You can take a reader on a journey like no other. That’s what I really tried to do with my book.”

Readers will ride shotgun with Best as he tells a story he knows well and one that millions of followers on social media are eager to know more about – his life. Best served as an Army Ranger in the military, got out, became a CIA contractor, then started creating viral social media content that has amassed a cult following with more than 1.6 million people on Facebook; 1 million followers on YouTube; and more than 714,000 followers on Instagram. He also founded several companies, made a full-length movie and remains at the helm of veteran-owned Black Rifle Coffee Company.

In his first book, Best puts himself out there not only to make people laugh, but so they can hopefully relate.

“I think it will give people a better look at who I really am,” Best said.

“It’s exciting and terrifying for me – I tell everything,” he said. “It’s pretty hard to put yourself out there, especially the really hard time I had transitioning out of the military. I felt if I can tell those stories, hopefully someone can have a better understanding and insight because of it.”

He plans to promote the book across the country, including at several military bases, where he’ll sign books and meet “the awesome people serving our country,” Best said.

Lots of veterans write books, so why write one? Best knows there’s a place for his voice in the publishing world, and the millions who follow him would agree and would want to read more about his life in general, especially his experience as an Army Ranger.

“I didn’t want to pick out the most badass stuff. What I wanted to do was talk about things I did in the military, my upbringing, and things that defined who I became,” Best pointed out. “I also wanted to tell war stories in a way never done before.”

For example, Best writes about a suicide bomber that nearly killed him during a deployment. “Instead of talking about the severity of the situation, I discuss how I use that near-death experience to make my team laugh because I had to go find a hand,” he said.

“This is what 19- and 20-year-olds have to go through during deployments. I feel like people need to know that,” Best noted. “Too often we send young kids into war and too often we romanticize it, people view it as something it’s not. People don’t understand the emotion.”

Although he wrote the book about two years ago, it went through a 17-month approval process through various three-letter agencies. By the time it was approved, Best decided to write more; it didn’t feel complete after all that time had gone by.

“There was a lot more opportunity to discuss some of my failures and successes in business,” he said. “There’s been a lot of living and learning. It hasn’t just been a cake ride.”

And the finished product that will hit shelves in a few weeks? “I’m happy with it,” Best said.

“Thank You For My Service,” written by Best with Ross Patterson and Nils Parker, is available for pre-order wherever books are sold, including Amazon and Barnes & Noble.

If you pre-order the book, you can also get a signed insert by visiting Best’s website.

The book will be released nationwide on Aug. 20, which is also when the audiobook will be available.