The Supreme Court has ruled that a 40-foot cross constructed 94 years ago in Maryland to commemorate World War I dead may remain in place.

The court concluded that the Bladensburg, Md. cross is not a violation of the Establishment Clause that prohibits the government from exercising religion, and is, therefore, constitutional, according to the ruling released Thursday morning.

“We conclude that the Bladensburg Cross does not violate the Establishment Clause,” Justice Samuel Alito wrote in the opinion of the court.

The cross was built in 1925 to memorialize 49 local men who died in World War I. It includes a quote from President Woodrow Wilson, which says, “The right is more precious than the peace; we shall fight for the things we have always carried nearest our hearts; to such a task we dedicate ourselves.” 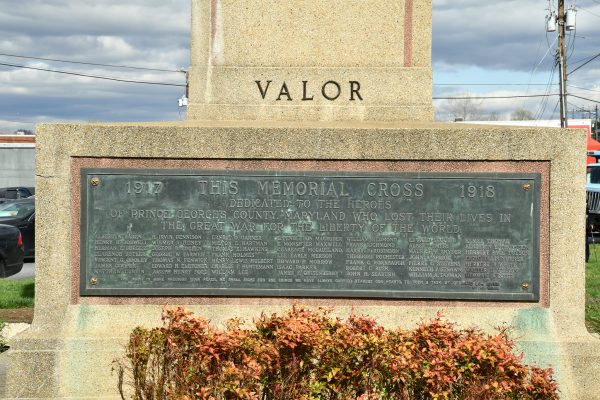 “The Bladensburg Cross carries special significance in commemorating World War I,” Alito explained. “That the cross originated as a Christian symbol and retains that meaning in many contexts does not change the fact that the symbol took on an added secular meaning when used in World War I memorials.”

“The cross is undoubtedly a Christian symbol, but that fact should not blind us to everything else that the Bladensburg Cross has come to represent. For some, that monument is a symbolic resting place for ancestors who never returned home. For others, it is a place for the community to gather and honor all veterans and their sacrifices for our Nation. For others still, it is a historical landmark,” Alito wrote.

“For many of these people, destroying or defacing the Cross that has stood undisturbed for nearly a century would not be neutral and would not further the ideals of respect and tolerance embodied in the First Amendment. For all these reasons, the Cross does not offend the Constitution,” Alito added.

The memorial was erected in 1925 on private land supported by efforts of The American Legion, who defended the cross in the legal battle. However, the land was not owned by the government until it was acquired by the Maryland-National Capital Park and Planning Commission in 1961.

American Humanist Association (AHA) has been fighting to have the cross removed since 2012 when they filed their first complaint arguing that the government was promoting Christianity.

“The AHA is not offended by the sight of the Argonne Cross or the Canadian Cross of Sacrifice, both Latin crosses commemorating World War I that rest on public grounds in Arlington National Cemetery,” Alito explained in the Supreme Court decision.

“The difference, according to the AHA, is that their location in a cemetery gives them a closer association with individual gravestones and interred soldiers,” Alito wrote, noting that a memorial is not required to be built in a cemetery to honor the dead.

The Fourth Circuit Court of Appeals had ruled the cross torn down in March 2018, arguing that the monument breached the separation of church and state. The American Legion appealed to the Supreme Court, who heard the case in February 2019.

“I agree with the Court that the Peace Cross poses no real threat to the values that the Establishment Clause serves,” Justices Stephen Breyer and Elena Kagan wrote in the joint opinion on Thursday.

“The practice of displaying religious memorials, particularly religious war memorials, on public land is not coercive and is rooted in history and tradition,” Justice Brett Kavanaugh wrote.

Justice Neil Gorsuch wrote that being an “offended observer” is not enough to decide the cross as a violation of the Establishment Clause.

“In a large and diverse country, offense can be easily found. Really, most every governmental action probably offends somebody. No doubt, too, that offense can be sincere, sometimes well taken, even wise. But recourse for disagreement and offense does not lie in federal litigation,” Gorsuch wrote.

Kagan noted that she disagreed with some parts of the court’s opinion. Justice Clarence Thomas followed suit, noting that he concurred with the judgment, but not the opinion.

Justices Sonia Sotomayor and Ruth Bader Ginsburg wrote a long joint dissent in which they argued that the cross “elevated Christianity over other faiths, and religion over nonreligion” and by its location on publicly owned land, it suggested “governmental endorsement of those faiths and beliefs.”