The driver of a dump truck stolen from a Palm Coast landscaping company tried to smash through the main gate at Naval Station Mayport near Jacksonville on Tuesday morning but was stopped cold by a steel barrier activated by U.S. Navy sentries, according to the Flagler County Sheriff’s Office.

Rodney Simeon, 24, of Miami is under arrest on a Flagler County warrant for auto theft and burglary as Jacksonville and the U.S. Naval Criminal Investigative Service investigate the incident, the Sheriff’s Office said. 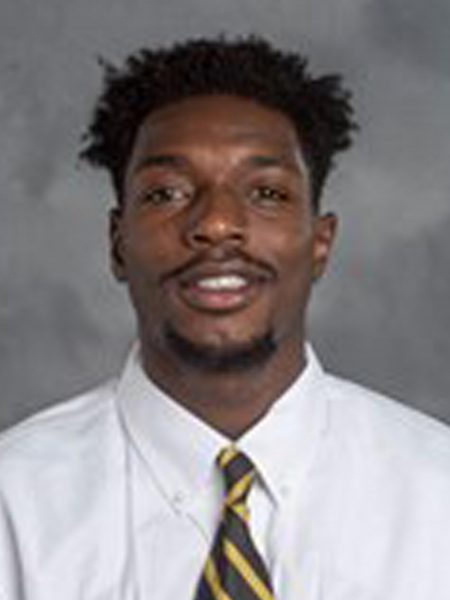 What was the motive?

Law enforcement isn’t quite sure.

“This guy appeared to be on a mission and wasn’t going to let anyone or anything stand in his way,” Sheriff Rick Staly said. “We still do not know his intent or what caused him to steal a heavy-duty truck and try to force his way onto a naval base.”

But the Sheriff’s Office said a ski mask and a gun were found inside the stolen truck, believed to belong to Simeon, a former Alabama State University basketball player who grew up in Miami, according to school records. A man by the same name and age also was charged with destruction of evidence on June 3 in Orange County. 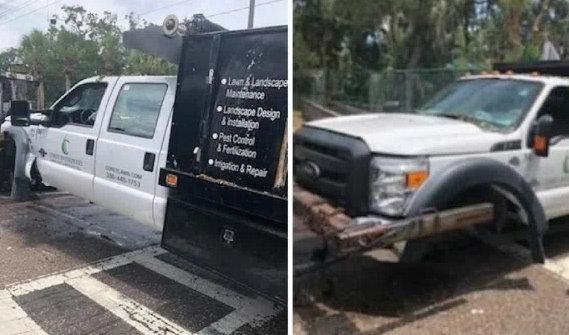 Flagler County deputies say a Miami man swiped a dump truck from a landscape business in Palm Coast and drove the truck north on Interstate 95, creating a path of destruction that began with multiple car wrecks along the interstate and ended when he tried to use the truck as a battering ram on the Mayport naval base near Jacksonville. (Flagler County Sheriff’s Office/TNS/Released)

Mayport spokesman Bill Austin said the forced entry attempt occurred about 9:30 a.m. at the main gate on Mayport Road, the driver reportedly ignoring repeated commands to stop at the gate and prompting security personnel to deploy a barrier.

“A civilian male showed up at the main gate with no credentials and accelerated past the sentry,” Austin said. “They deployed the barrier. … He was in a stolen truck.”

The strange tale began just after 7:30 a.m. and about 70 miles from Mayport when deputies were called to Corey Enterprises Lawn and Landscape Inc. on Hargrove Grade in Palm Coast to investigate the theft of a white Ford F350 dump truck, the Sheriff’s Office said.

Employees told deputies a man walked into the business and asked for fuel, according to a Sheriff’s Department case report. The report states the employees denied the request, and while they were shutting the tanks off so the suspect couldn’t steal any fuel, the suspect entered the repair bay, grabbed keys to a company truck and drove away with it.

The sheriff’s office said Simeon took off north on U.S. 1, then onto Interstate 95.

After Simeon was arrested, deputies found his black Toyota Corolla at Corey Enterprises without a license plate, then towed it away as evidence, the Sheriff’s Office said.

Just because the truck was gone didn’t mean no one knew where it was going, the Sheriff’s Office said. The white Ford had a GPS tracking system. An employee tracked it heading north and alerted deputies, who then notified the St. Johns County and Jacksonville sheriff’s offices as well as Florida Highway Patrol as it fled. The truck also left its mark as it drove on I-95, causing numerous crashes in St. Johns and Duval counties, Flagler officials said.

The final GPS location showed the truck parked outside Mayport Naval Station in Jacksonville, as U.S. Navy and Jacksonville Sheriff’s Office authorities alerted Flagler County to his arrest after a barricade system was deployed to prevent him from driving onto the base. Taken into custody by Jacksonville officers and military personnel, Simeon was taken to the hospital for a medical evaluation before his arrest, Flagler officials said.

PHOTOS: Police use water cannons on Hong Kong demonstrators protesting bill that would allow extradition to China for some crimes