Privately funded border wall construction headed by "We Build The Wall" near El Paso, Texas in May 2019. (Courtesy of We Build The Wall Inc.)
May 28, 2019 Laura Widener
Share
Tweet
Flip

One mile of border wall has been constructed on the U.S.-Mexico border in Texas as a result of efforts from the nonprofit group, We Build The Wall Inc., which crowd-funded more than $22 million in order to privately build a border wall and then sell it to the U.S. government for $1. 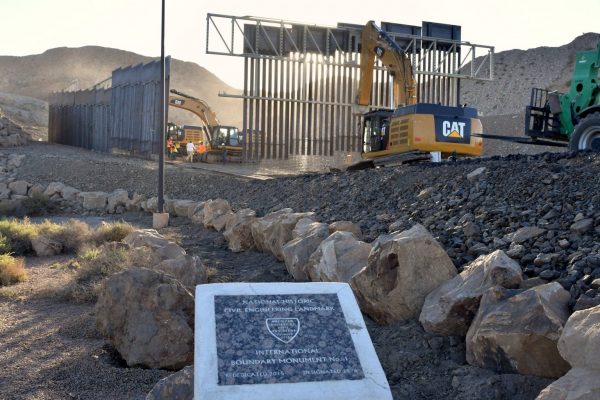 The nonprofit was created by triple amputee Air Force veteran Brian Kolfage and is now backed by former Trump Administration Chief Strategist Steve Bannon. The nonprofit provided exclusive new photos to American Military News this week showing progress of the wall’s construction – including the photo above and below, and also released a new video.

The nonprofit has funded between $6 and $8 million for the construction of the 1-mile-long wall on private property near El Paso, Texas, and Sunland Park, New Mexico, the Daily Mail reported Monday. 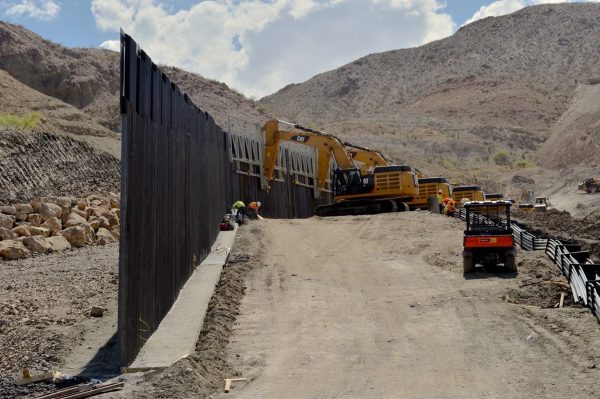 Kolfage told the Daily Mail that the construction was approved by President Trump and the Department of Homeland Security (DHS). It was constructed in just three days, from Friday to Sunday, and cost around $6-8 million.

Kolfage’s efforts began as an online fundraiser for the wall’s construction that raised more than $22 million on GoFundMe. In light of the non-profit’s silence, critics had speculated that the efforts dissolved or Kolfage spent the money.

Bannon told Yahoo News on Monday that the group “had to catch them by surprise,” and expects the public to “freak out” over their accomplishment.

Bannon said the group consulted with local authorities to identify the most dangerous area on the border. They also filed a Freedom of Information Act (FOIA) request filed with U.S. Customs and Border Protection (CBP).

Their intel took them to a mountain strip located in a gap between two 21-mile sections of wall. It’s “where the cartels and asylum seekers are coming in,” Bannon told Yahoo.

Friday’s construction began after they “purchased the rights” to the land from private owners and spent 10 days preparing the ground.

“It’s just under one mile long,” Kolfage told the Daily Mail. “The wall starts at the Rio Grande River and goes up Mount Cristo Rey where the U.S. Army Corps of engineers said it was impossible to build.”

The steel sections of the wall are 25 feet tall, but as it ascends the mountain, it reaches heights of 30 to 40 feet with its stone base included.

“We also opted for a technology package that includes a fiber optic sensor in the ground that can detect digging and even people touching the wall. There will also be cameras mounted on the wall,” Kolfage explained.

They’re also paving an access road for Border Patrol agents to access the top of the mountain and overlook the area.

The wall ends on a sharp mountain cliff that would require extreme mountain climbing skills to traverse, Kolfage noted.

The next step is selling the wall to the federal government.

“We’re going to sell this wall to them for $1 and release the title to them,” Kolfage said. “We can’t give the government the money because that’s not the way it works. But we wanted to show the American people how to get this job done.”

The construction efforts are headed by Fisher Industries, the group that publicly announced its wall construction proposal in March. Then the company offered to build 234 miles of border wall for $1.4 billion.

Former Kansas Secretary of State Kris Kobach, who is also involved in the efforts, said the project is “the first time any private organization has built border wall on private land,” Fox News reported.

The private land was owned by American Eagle Brick Company, a Texas-based business owned by a former Air Force fighter pilot. The owner was eager for the border wall’s construction as a way to combat the theft experienced on the land.