Veterans will be able to use adaptive video game controllers in some VA centers around the country thanks to a new partnership between Microsoft and the Department of Veterans Affairs.

The partnership was solidified last month and introduces the “Xbox Adaptive Controller” to therapy and rehab programs in order to promote hand-eye coordination, muscle use, and greater inclusion in social activities, a joint Microsoft-VA press release said.

“This is consistent with our mission statement, which is to empower every person and every organization on the planet to achieve more,” Microsoft’s President of U.S. Regulated Industries Toni Townes-Whitley told American Military News. “However, you can’t empower people around the world until you stop to listen and understand what this means to them on a personal level. We’re learning through this program that the Xbox Adaptive Controller is part of the empowerment conversation for veterans.”

The Xbox Adaptive Controller is a modified video game controller uniquely designed for those with mobility issues who enjoy the video gaming pastime. It enables customized setups, and connectivity with external devices such as buttons and joysticks, and it is compatible with Xbox One consoles and Windows 10 PC games.

It was developed after Microsoft consulted gamers, as well as accessibility advocates and groups that are connected with limited mobility gamers, many of whom are veterans.

“Microsoft has a longstanding relationship with the VA, I think it’s almost 20 years now. And the VA as the largest integrated healthcare provider in the U.S., we just thought it was the perfect opportunity to bring our focus on gaming and the great work that the VA is doing together,” said Phil Spencer, EVP of Gaming at Microsoft. 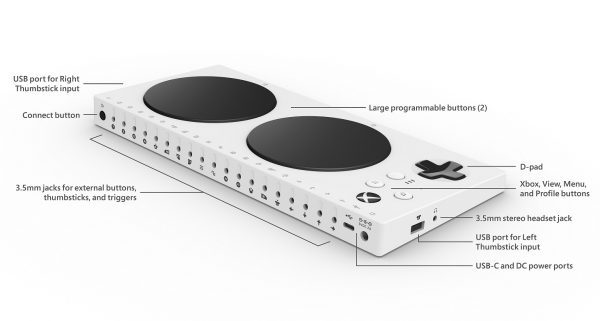 Many veterans were gamers before their military careers. However, some returned home after suffering a range of injuries and found that they were unable to return to their beloved hobby and community of fellow gamers.

The controllers made it possible for veterans to return to gaming, which was an integral part of their life. 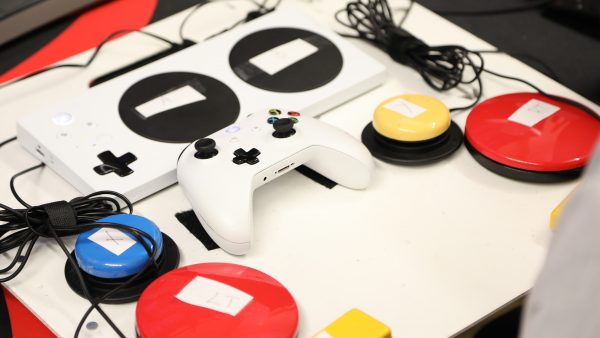 “We owe so much to the service and sacrifice of our Veterans, and as a company, we are committed to supporting them,” Microsoft CEO Satya Nadella said in the press release. “Our Xbox Adaptive Controller was designed to make gaming more accessible to millions of people worldwide, and we’re partnering with the U.S. Department of Veterans Affairs to bring the device to Veterans with limited mobility, connecting them to the games they love and the people they want to play with.”

Beyond the social aspect of gaming, it has been found to be a beneficial therapy tool.

U.S. Army veteran Mike Monthervil had been a gamer since childhood, using the hobby as an outlet from hardships. A severe spinal cord injury obtained during his military career left him with mobility limitations. During his nine months of post-op therapy at James A. Haley Veterans’ Hospital, Monthervil tried several adaptive controllers, including the Xbox Adaptive Controller.

“Of all the adaptive stuff I’ve tried, it’s by far the best one,” Monthervil said. 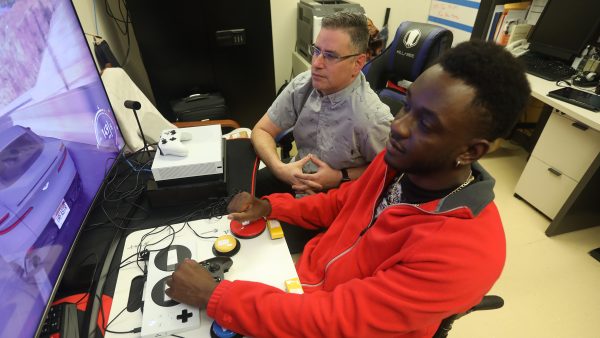 “Gaming gives you what we might call exposure therapy, meaning you get a little bit of socialization, but when you’re ready to turn it off you can turn it off … It gave me an outlet, a virtual efficacy within a world that I didn’t feel like I had a place in anymore. I made a lot of social connections and friends through that virtual space. It was a sense of belonging and a sense of safety,” said Jeff Holguin, former U.S. Coast Guard member and now a doctoral intern clinical psychologist at the Northern Arizona VA Health Care System in Prescott, Arizona.

The controller will initially be added to rehab and therapy programs in 22 VA centers nationwide.