“I feel that veterans should always have a calling to continue to serve,” Merritt told American Military News. “We need a lot more veterans in these elected positions. We are always going to be the individuals who put everyone else first and foremost, and that’s the type of people we’re looking for to represent us in Congress.”

Merritt will challenge longtime politician Rep. Buddy Carter, a fellow Republican, who has been in Congress since 2015. He had previously served as a representative in the Georgia House from 2004 to 2009 before then being elected as a state senator from 2009 to 2014.

“So many times we see our representatives are using their positions to enrich themselves, to improve their own lives or the lives of their family members. Everybody scratches each other backs,” he said. “There’s a lot of that going on, and Americans are sick and tired of it.”

“I’m a complete outsider. I’m a businessman. I’m an Army officer. I’m a combat veteran, and I’m completely new to politics. I believe I’ll be able to really go in and have a fresh look at how things are done and be able to do things differently. I’ve done that in business and in combat and been successful, and I’m hoping to do that in Congress, too,” he said.

Merritt joined the Army when he was 18 years old. He later commissioned as an officer in 2005 and went back on active duty with the 10th Mountain Division. He served as a Platoon Leader in 2008 in Iraq and earned a Bronze Star. Merritt was later assigned to the 1st Cavalry Division out of Fort Hood, Texas, and deployed to Afghanistan. 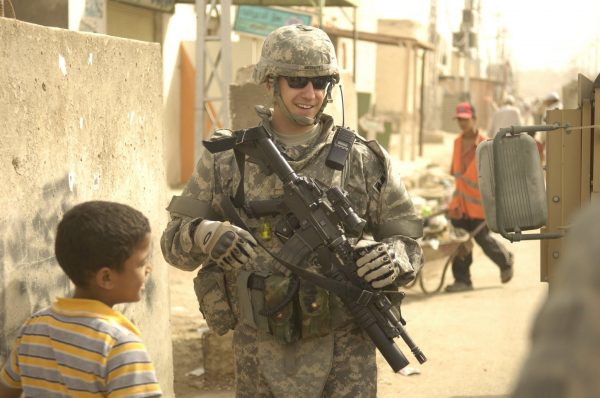 He left active duty in 2013 and is currently a Major in the U.S. Army Reserves.

Merritt has a Master’s Degree in Business and Organization Security Management. After leaving active duty, he co-founded Nine Line Apparel in 2013, which he co-owns and which is now a nationally recognized lifestyle apparel brand with nearly 200 employees. Merritt also owns A Southern Lifestyle Company and Georgia Land & Cattle. 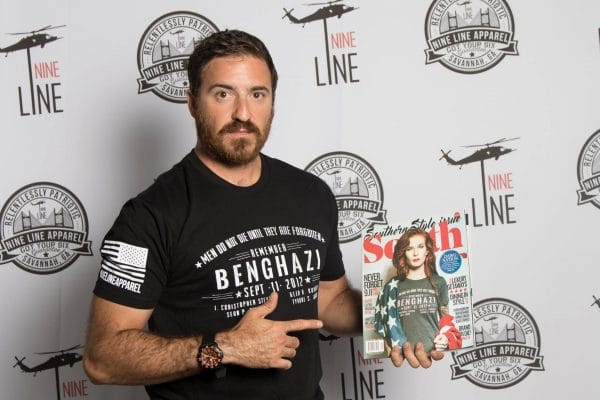 He and his wife have four children.

Merritt is a Second Amendment support and is pro-life, he says. He also would like to see less involvement by the federal government and more responsibility passed on to the state level when it comes to things such as education, and “almost everything,” he said.

But his biggest focus and initiative would be VA reform.

“My national platform is the VA and how broken the VA system is,” Merritt stressed. “It’s one of the main reasons I wanted to dive into politics and where I think I can effect the most change.”

“The VA is something that is completely broken. We’re losing 20 soldiers a day to suicide. The reason we’re losing 20 soldiers a day is because service members are not being taken care of at the lowest level possible, the clinic level. The service member will go to clinic and need assistance. If they can’t provide assistance, they kick them up to next level, which can be hours away, and there’s no continuity,” Merritt explained.

“It’s so hard to get inpatient treatment for substance abuse and mental health issues. When they [the service members] finally have courage to reach out and ask for help, there’s none for them. It’s sad,” he said.

Merritt would spearhead positives changes in the VA system, and he believes it to be a bipartisan issue.

“It’s something Republicans and Democrats can all get behind, and get some kind of rapid change to how we’re treating these guys,” he added.

“If we keep on doing things the same way they’re being done in Washington, nothing happens. The more non-politicians that run for office, the more we are going to be the kind of shake-up across the country that’s going to bring the life back to politics,” Merritt noted.

The face of Congress has changed throughout the past year, and fresh faces – and veterans like former Navy SEAL Rep. Dan Crenshaw – are breathing new life into Washington and being an example for others to follow, Merritt said.

While he doesn’t have a political track record, he has a successful business and military background, and he intends to show his kids that you can do anything if you put the work in.

“Before my kids go to bed every single night, I tell them four things: I instill in them that they can become anything they want to be; that America is the greatest country on earth; to have respect and pride in our President no matter who it is; and that God is the top dog. It’s so important,” he said. 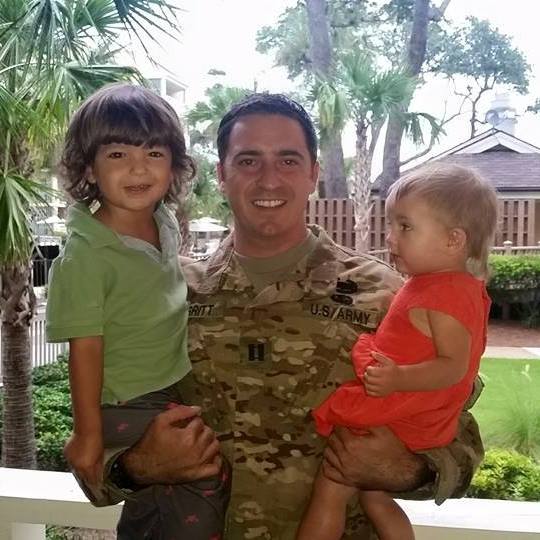 “By me running for Congress, it’s me showing by example to my children that you can become anything you want to be, and if you work hard and put in the effort, you can achieve great things,” Merritt stressed. “I’ve led my entire life by setting goals and accomplishing them.”

Learn more about Merritt’s grassroots campaign by visiting his website.