If you are lucky enough to have enough space and have an inquiring mind, like Scott Welker, you can find out some pretty amazing stuff. To Welker, old-school artillery is enthralling and so he used his expertise and some equipment to see just what kind of damage a cannon can do.

It all started with his combining a few parts from a Ford Model T and John Deere 7700 to create a “farmer’s cannon.” According to the video, published by Welker Farms in Nov. 2018, the homemade cannon Welker used had a firing range of over a “half mile and into the clouds.” 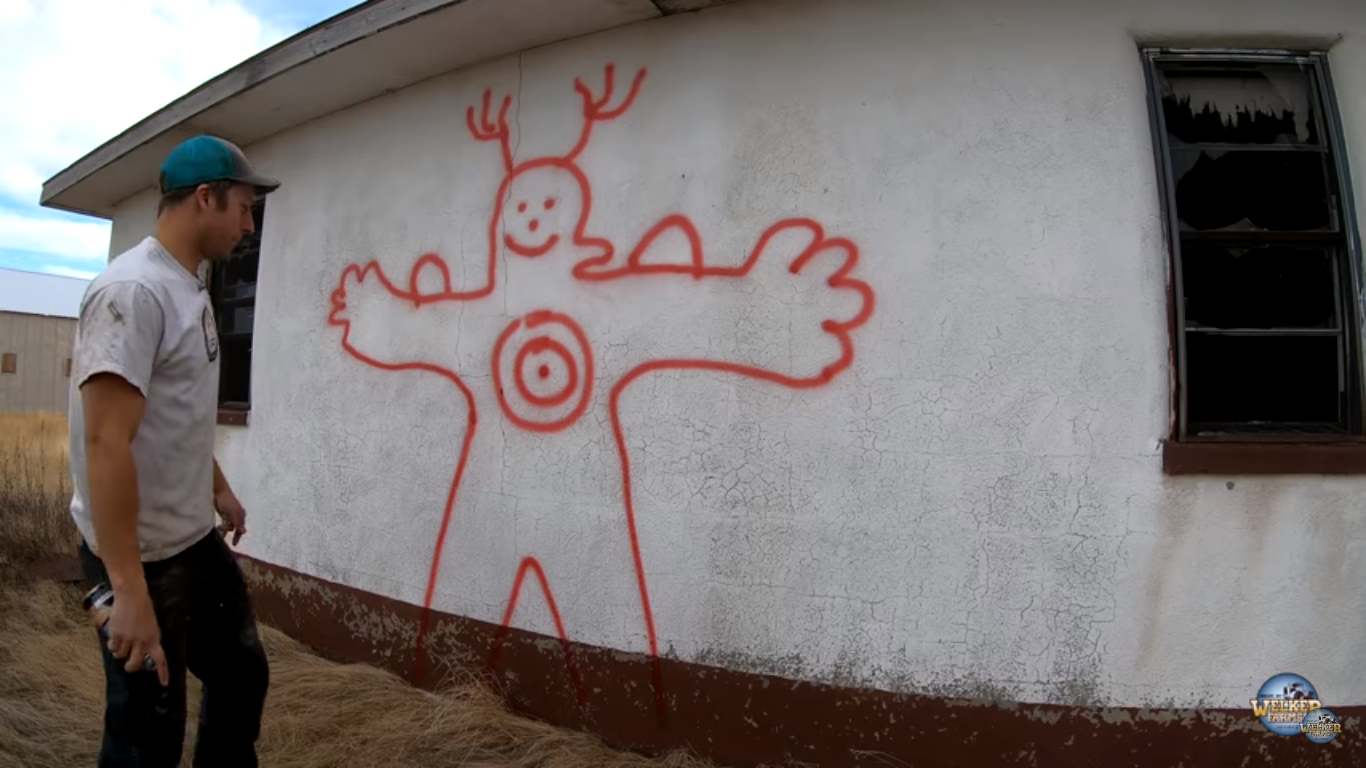 Round one artillery was a turkey, although its wings were chopped off to fit in the cannon shaft. A four-ounce charge was applied and the cannon was fired at a spray-painted target on the side of a building.

A slow-motion shot shows the total obliteration of the turkey “round” and plenty of smoke, but obviously not enough to destroy the wall.

The turkey didn’t do any damage, but it did validate that the cannon was in proper working order. Next, Welker showed the damage the farmer cannon inflicted using real projectiles.

Take a look in the video below:

With bowling ball projectiles, the farmer’s cannon is a hit. Clips show the cannon firing through car bodies, leaving scraps of metal in its wake. The cannon destroyed a small SUV, blasting through one door, through the car and blasting open the door on the other side.

Aiming higher allowed the cannon to fire at tremendous distances across the vast Montana fields, with one shot amassing a firing distance of 786 yards.

The clips showed small crowds forming during each firing, interested spectators eager to see the homemade cannon fire at a target or amassing another great distance.

Welker even used the cannon to fire off the start of several local marathons. 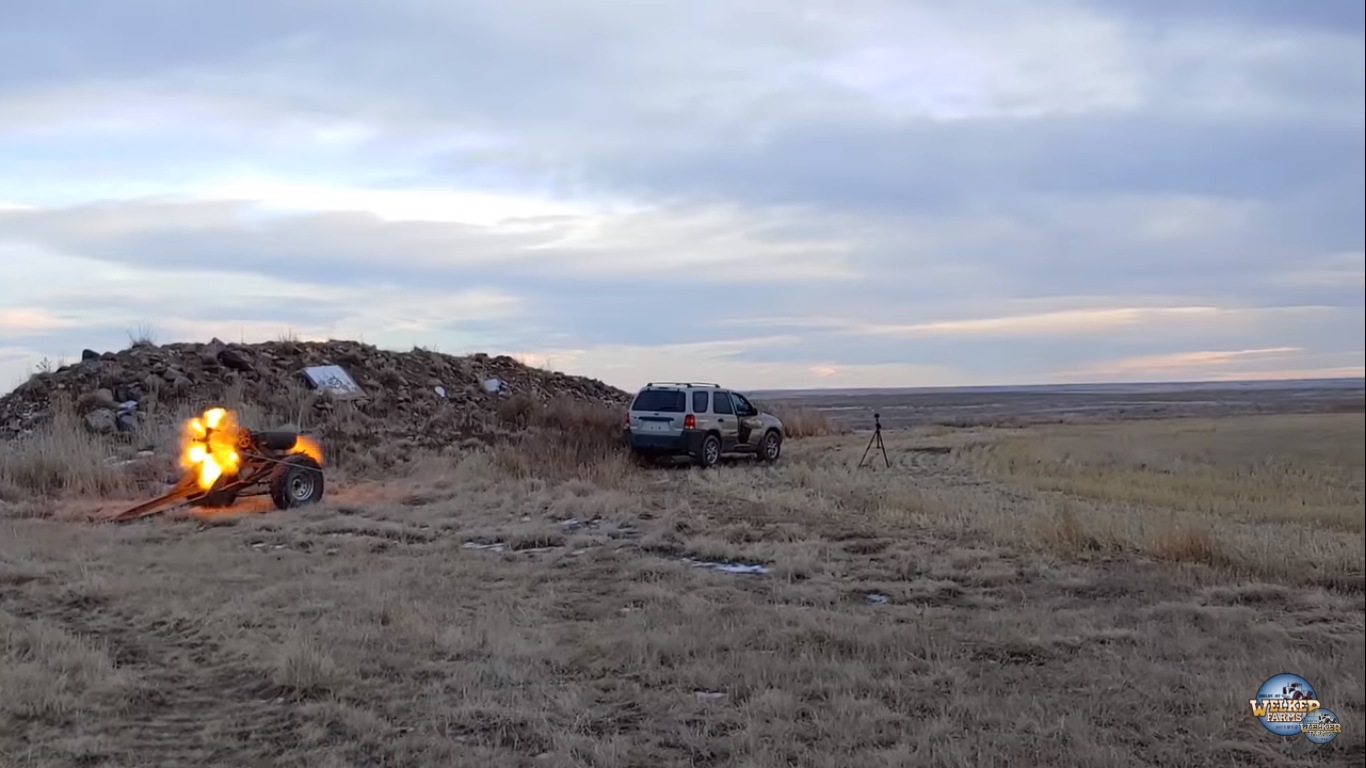 Welker returned to the house with the cannon, this time to try inflicting damage with a real round.

The bowling ball fired almost dead center in the target, marking a significant hole, but not fully penetrating the wall.

It chipped away a circle imprint on the wall, but broke apart and fell away from the hole before it could travel through the frame of the building.

The cannonball was fun, so a bit later they shot the cannon at the exterior wall of the house. It penetrated but never made it through the wall.

As the Welker brothers said, “This cannon knows no limits.”