The popular British attraction, the Tower of London, had visitors in awe last week as the British Army’s Coldstream Guards joined the Game of Thrones’ Night’s Watch put on a performance dedicated to the television show’s new and final season.

Check out this awesome performance:

Two months of military and musical planning went into the display that took spectators completely by surprise since they were only expecting a traditional Changing of Sentry Duty from the Coldstream Guards as they played ‘The Standard of St George March.”

They instead received the pleasure of being met by 12 actors depicting the show’s members of the Night’s Watch, according to PR Week. 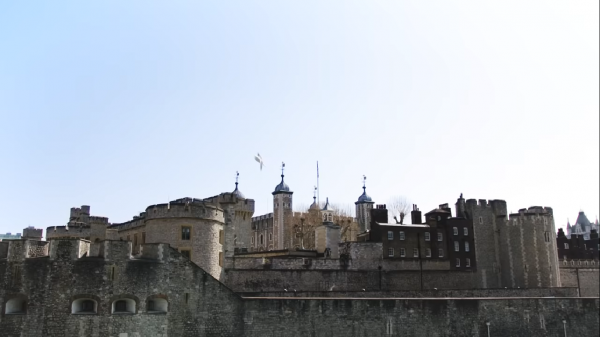 The efforts put behind the planning for the event, the backdrop, music, and costumes brought the Game of Thrones to life, especially as the Coldstream Guards concluded their presentation and marched back into the tower of darkness.

Coldstream Guards Sergeant Major Richard Maddocks said, “We play all over the world at all sorts of concerts and events, but this was genuinely a career highlight for all of us. It’s a favorite TV program of many of ours, [which] made it an extra-special experience. The Night’s Watch delighted and stunned their audience and challenged us into looking our sharpest and playing our military best!” 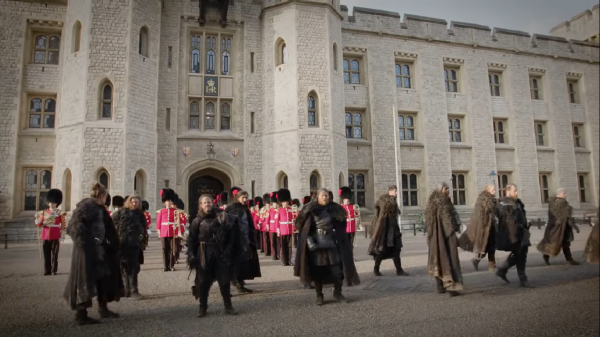 Zai Bennett, director of programs for Sky Entertainment UK and Ireland said, “It has been a groundbreaking seven years and the Sky Atlantic team are as excited about what’s in store as the millions of fans and Sky Atlantic viewers who will be tuning in to discover the outcome of the final battle between the living and the dead.”

The London Post said the highly anticipated Game of Thrones finale is huge and the show has had more viewers than any other shows sponsored by British television network Sky Atlantic. Last season’s finale had 3.42 million viewers in the U.K. alone, and more than 12 million in the U.S.