‘I just did what instinct told me to do’: Soldiers awarded Silver Star medals for rescue mission

Two soldiers have been awarded Silver Star medals for a July mission where they said they barely noticed the enemy gunfire peppering their Black Hawk helicopter in Afghanistan.

Sgt. Armando Yanez, a medic, and Sgt. Emmanuel Bynum, a crew chief, were part of a five-member air crew awarded Distinguished Flying Crosses in Kabul earlier this year for the harrowing rescue, which involved landing under fire twice to evacuate wounded troops from the battlefield in eastern Paktia province.

Yanez’s and Bynum’s medals were upgraded to the Silver Star — the third-highest military award for combat valor — on Tuesday during the Army Aviation Association of America conference in Nashville, Tenn., the Army said in a statement. 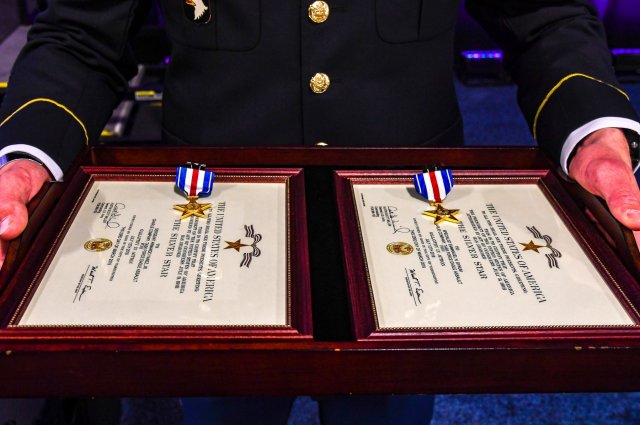 Both men had exited the helicopter on its first landing — Bynum to provide security and Yanez to receive a wounded Afghan soldier from a group of Army Rangers who had been on a mission with Afghan forces.

After takeoff, Bynum saw one of the Rangers providing security get shot. Bynum helped direct the pilots to a second nearby landing zone with better cover from enemy gunfire. 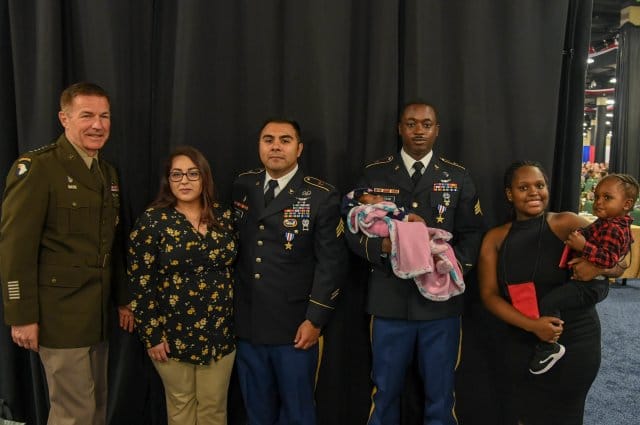 Still taking fire, they loaded Sgt. 1st Class Christopher A. Celiz, 32, of the 75th Ranger Regiment, with the help of the other Rangers.

Bynum said he barely noticed the rounds hitting the airframe during the mission. “I just did what instinct told me to do,” he said, as cited in the Army statement.

They were just doing what they’d trained to do countless times, Yanez said in the statement. “There was no panic from anybody in the crew.”

The Afghan soldier would survive his wounds, but Celiz would not.

“We did our job, yes, but he was the one who put his life on the line for our safety,” Bynum said of Celiz. “He’s the real hero of that mission.”