WATCH: This is why US flag is reversed on military uniforms

Have you ever wondered why the American flags are reversed on an arm patch of military uniforms? Tim Marshall, the author of “Worth Dying for: The Power and Politics of Flags” gives a great explanation of why this is.

Marshall said that at Olympic ceremonies, for example, every other country except for the U.S. has a flag that dips to the head of state for that country. Not the U.S. flag, however, because it dips to no man or king. This is no way meant to be disrespectful; in fact, is it done out of respect. The U.S. flag will always face forward. 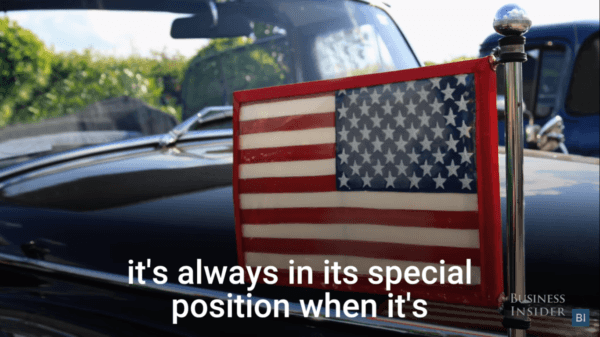 When Old Glory is on a flagpole, she will be in her most significant position with stars on the left-hand side next to the flagpole.

On a military uniform arm patch worn by a soldier, the U.S .flag most face forward when he is marching onward and must never be seen in retreat. With the American flag being reversed, the stars are on the right-hand side of their patch, facing forward and never retreating.

Check out the video for more:

The standard is that the stars are always placed on the most honorable position on a uniform, which is traditionally the right shoulder, and the stars should face forward. 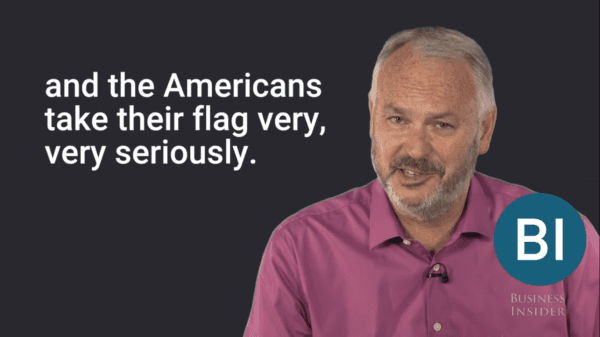 The same philosophy holds true when the flag is displayed on airplanes or cars. According to federal regulations, the stars must be positioned toward the front of the vehicle or plane to create the appearance that the flag is flying along the side of it.

Army Regulation 670-1 states, “the American flag patch is to be worn, right or left shoulder, so that ‘the star field faces forward, or to the flag’s own right. When worn in this manner, the flag is facing to the observer’s right, and gives the effect of the flag flying in the breeze as the wearer moves forward. The appropriate replica for the right shoulder sleeve is identified as the ‘reverse side flag.” 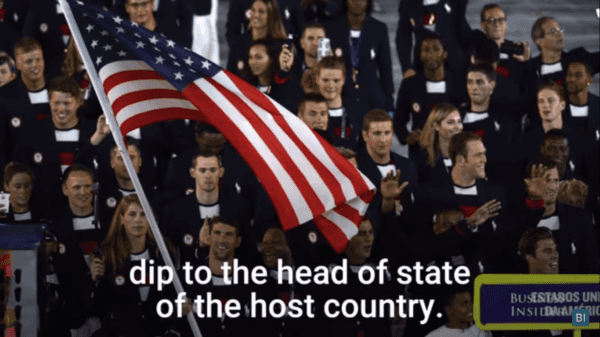 Americans take their flag seriously. So, while this all may seem trivial to some people, it is of the utmost importance to American citizens — and especially the military.