The Marine Corps for the first time has claimed top honors as the culinary team of the year at the Armed Forces Chef of the Year competition in Fort Lee, Va.

The American Culinary Federation awarded 293 medals March 15 at the conclusion of the two-week training event and competition at the Joint Culinary Center of Excellence, according to a statement from the center. 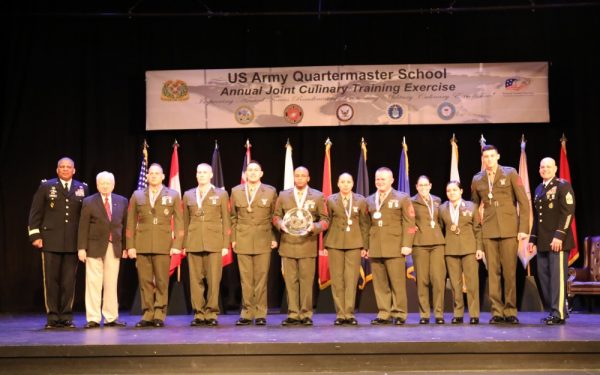 For the first time, the Marine Corps was recognized as the Culinary Team of the Year and 293 American Culinary Federation (ACF) medals were awarded to military chefs at the 44th annual Joint Culinary Training Exercise (JCTE) awards ceremony Mar. 15 at Fort Lee, Va. The 44th annual JCTE officially started March 9 and ran until March 14. The exercise, administered by the Joint Culinary Center of Excellence, is the largest American Culinary Federation-sanctioned competition in North America. The exercise showcased the talent of more than 200 military chefs from all military services around the globe to include three international teams. (Dani Johnson/Combined Arms Support Command Public Affairs)

Teams from the United States, France, Great Britain and Canada — more than 200 military chefs from 22 installations — took part in the Joint Culinary Training Exercise, which began March 8. It’s the largest event in North America sanctioned by the culinary federation, and has been held annually for the past 44 years. 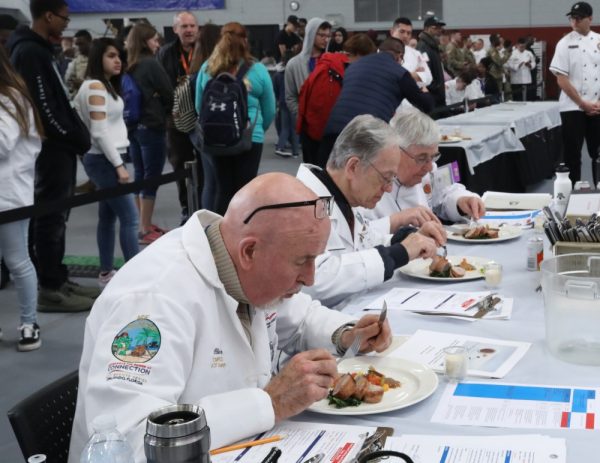 “The Joint Culinary Training Exercise is about improving readiness of our armed forces,” Joint Culinary Center of Excellence spokeswoman Daneta Johnson said in an email to Stars and Stripes. “The competing military members are able to hone their skills as culinary arts specialists and improve the quality of food services to their units, enabling them to better perform their duties at home and in a deployed environment.

The teams competed for the title of armed forces chef of the year and in the International Two-Chef Culinary Challenge, in which 13 judges critiqued their culinary creations, she said. 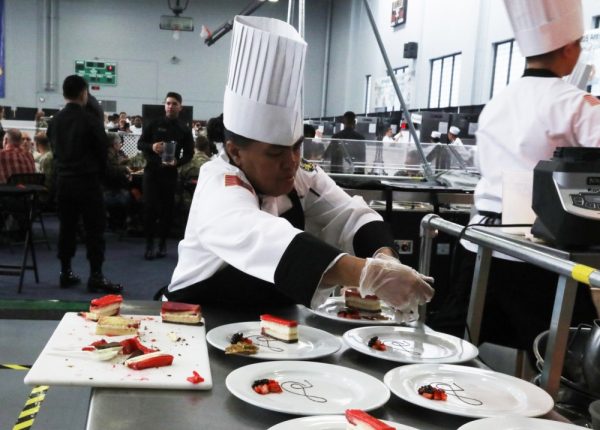 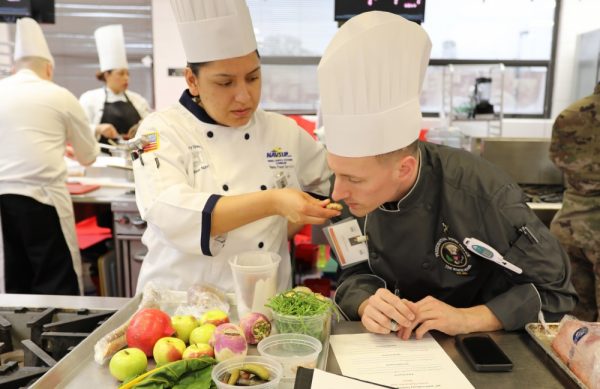 The goal of each team is to compete against industry standards and not against one another, Johnson said. Each team may earn a gold, silver or bronze medal in each category, but if the dish does not meet or exceed the standard, then no medal will be given in that category. The judges awarded 42 gold medals, 112 silver medals and 139 bronze medals. The winners in each category are: 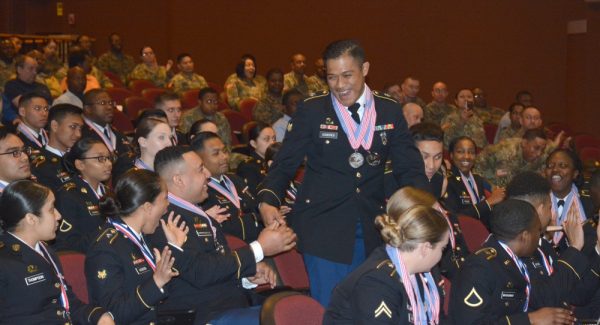 Spc. Mark Caseres receives congratulations from his Team Hawaii cohorts upon hearing the announcement he won Armed Forces Chef of the Year as a result of his performance at the 44th Joint Culinary Training Exercise. The award ceremony took place Friday at the Lee Theater, culminating the event that started on March 8. (Amy Perry/U.S. Army)

Several winners will move on to compete at the American Culinary Federation National Convention and Show Aug. 4-8 in Orlando, Fla. Nine chefs earned spots on the U.S. Army Culinary Arts Team, which will compete at the Culinary Olympics in February in Stuttgart, Germany.