3,200 pounds of cocaine found at Port of New York/Newark

A whopping 3,200 pounds of cocaine worth about $77 million on the street was confiscated from a container at the Port of New York/Newark in what authorities said was the largest cocaine seizure in 25 years.

The cocaine, found on Feb. 28, was in 60 burlap bundles hidden on two pallets in a container that otherwise had a shipment of dried fruit, officials said. A law enforcement source said the container originated at the port of Buenaventura, Colombia. 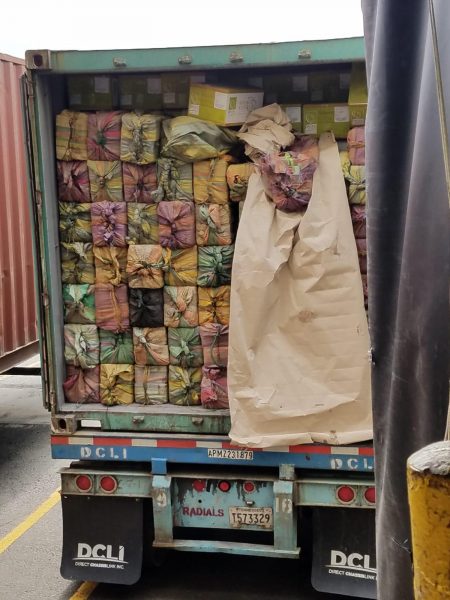 The stacks of 60 cocaine-filled bags were found Feb. 28 by federal authorities at the port in a container otherwise filled with a shipment of dried fruit, officials said. (Drug Enforcement Administration/TNS)

The cocaine was discovered during a container inspection by the DEA, U.S. Customs and Border Protection, the Coast Guard, Homeland Security Investigations, the New York City Police Department and the New York State Police.

“Cocaine, New York’s nemesis of the ’90s, is back, indicating traffickers push to build an emerging customer base of users mixing cocaine with fentanyl,” said DEA Special Agent in Charge Ray Donovan. “This record-breaking seizure draws attention to this new threat.” 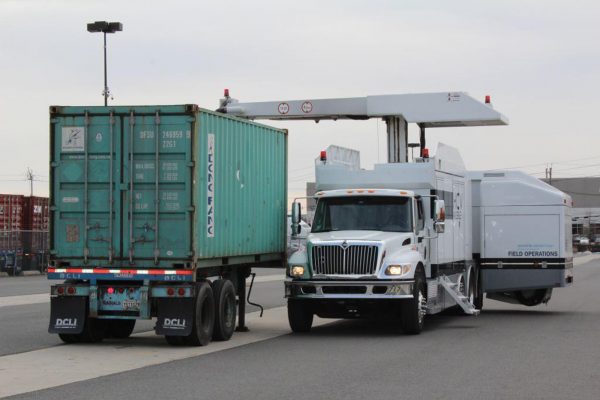 A large shipping container at the Port of New York/Newark held 3,200 pounds of cocaine worth about $77 million dollars on the street, authorities said. (Drug Enforcement Administration/TNS)

Brian Michael, the special agent in charge of Homeland Security Investigations (HSI) Newark, underscored that seizures of this magnitude help to disrupt the worldwide cocaine chain. “Transnational Criminal Organizations rely upon illicit networks throughout the world to supply, transport, and distribute cocaine and other dangerous drugs,” he said.

“Not only did this interception save lives, but it also put an end to the violence often associated with drugs and drug trafficking. This is a crime we will not tolerate, and one we will continue to fight with our partners in law enforcement,” NYSP Acting Superintendent Keith M. Corlett said.

No arrests have been made in connection with the seizure, authorities said.