A U.S. Air Force B-52 Stratofortress assigned to the 23rd Expeditionary Bomb Squadron from Andersen Air Force Base, Guam performs a flyover during the opening ceremonies of Aero India 2019 at Air Force Station Yelahanka, India Feb. 20. The U.S. is honored to participate in this year’s exhibition and is committed to strengthening its partnership with India while furthering military-to-military relationships and cooperation. (Senior Master Sgt. Pedro Jimenez/U.S. Air Force)
February 24, 2019 Christian Lopez - Stars and Stripes
Share
Tweet
Flip

Hosted by the Defense Ministry of India, the Indian air force and many other organizations, Aero India is one of the largest air shows in Asia. Held every two years since 1996, it functions as India’s premiere aerospace exhibition, trade and air show. 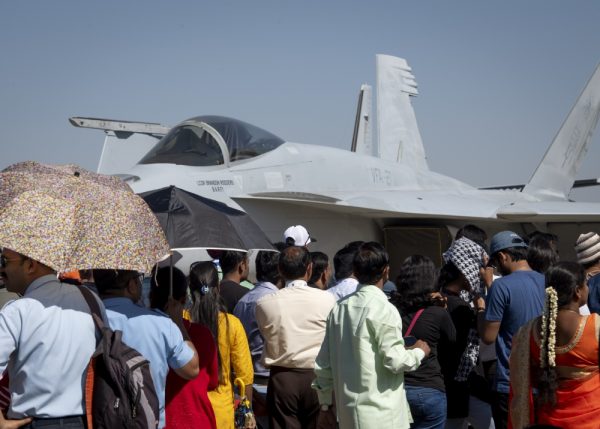 The Navy sees Aero India as an opportunity to strengthen its military ties with India, a regional partner. This year, the trade show also provides a platform to show off the P-8A, the most up-to-date version of the Navy’s anti-submarine workhorse.

Boeing in April 2017 agreed to supply the U.S., United Kingdom and Australian navies with 17 of the modernized aircraft, a contract worth $2.2 billion. The Indian air force since 2009 has flown an older variant, the P-8I, according to Boeing’s website. 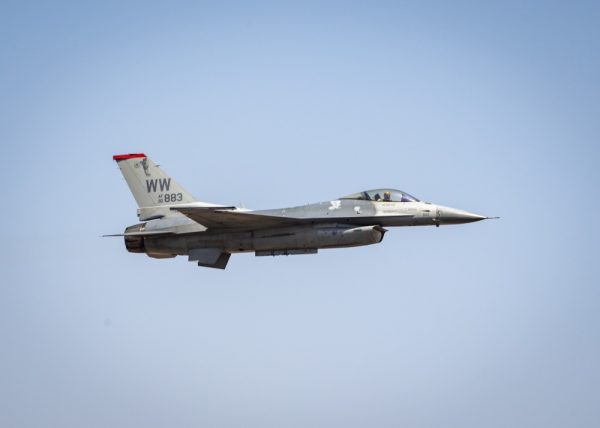 Super Hornets of Strike Fighter Squadron 27, the Royal Maces, joined the P-8A and 17 other U.S. military aircraft to perform aerial demonstrations and be put on display, according to a Navy statement. 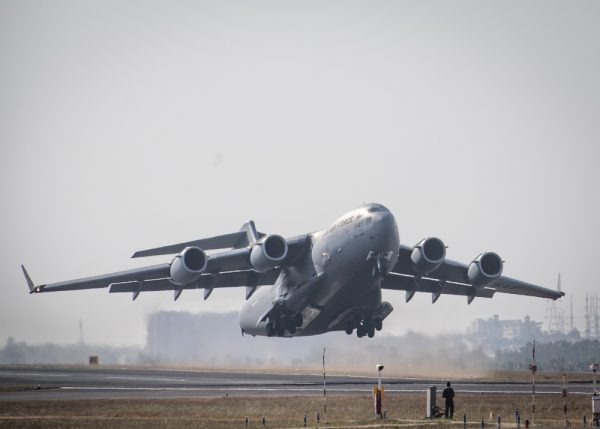 A C-17 Globemaster III takes off for a demonstration flight during Aero India 2019, Feb. 21, at Air Force Station Yelahanka, Bengaluru, India. The airshow is an opportunity to strengthen bonds between the U.S. and international partners. (Senior Airman Juan Torres/U.S. Air Force)

“Our participation in Aero India … will strengthen our partnership with India and help establish standardized procedures for continued anti-submarine warfare cooperation in the future,” said Lt. Michael Doehler, the patrol squadron assistant officer-in-charge of the air show detachment, in the statement.

Both squadrons — strike fighters and anti-submarine patrol — are-deployed to the U.S. 7th Fleet, which is headquartered at Yokosuka Naval Base, Japan.

In May, the Defense Department renamed U.S. Pacific Command to Indo-Pacific Command, reflecting the rising strategic importance of the Indian Ocean, India and Sri Lanka.

The Navy is creating a new company commander position. The first one is in Virginia Beach.