A formidable amount of cocaine was seized at a legal point of entry Friday, shortly after President Trump stood on the White House lawn declaring that building a border wall is a national emergency that requires $8 billion in taxpayer money pronto.

Nearly $192,000 of cocaine was seized by U.S. Customs and Border Protection Friday morning, as it was being driven across the border through a legal point of entry, according to the U.S. Customs and Border Protection Office. The intercepted contraband was being transported in a hidden compartment of an SUV being driven by a 19-year-old man from Chihuahua City, Mexico, who was arrested on the scene. 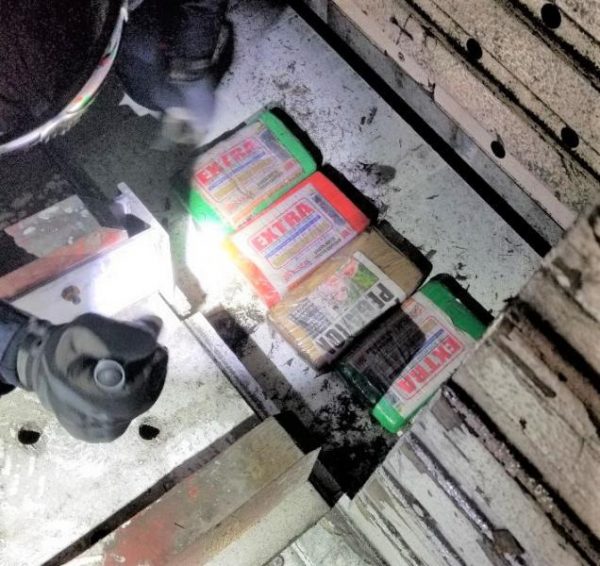 “While anti-terrorism is the primary mission of U.S. Customs and Border Protection, the inspection process at the ports of entry associated with this mission results in impressive numbers of enforcement actions in all categories,” according to the CBP.

Federal authorities also announced Friday that two massive shipments of cocaine totaling more than 220 pounds had been intercepted at a pair of legal ports of interest in late January, coming from Central and South America. Those shipments were found under the floorboards of two cargo ships, according to an ABC affiliate on the West Coast. 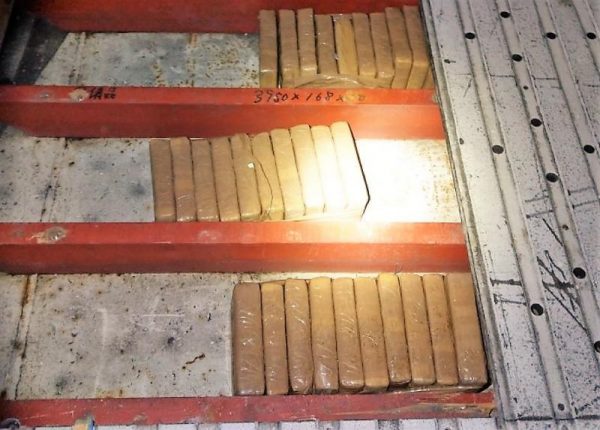 The narcotics were concealed within the
floorboards of the cargo vessel in bust at Port Hueneme. (U.S. Customs and Border Protection/Released)

The President also repeated his insistence that more immigrants than ever are pouring over the border into the U.S. and they’re committing crimes at a disproportionate rate. When reporters told the President the information he was giving contradicted the findings of his administration, Trump questioned the credibility of his own team.

“Do you really believe that?” he asked CNN’s Jim Acosta. “The numbers you gave are wrong.”