The traditional Army-Navy college football game will air this Saturday, Dec. 8, and the Army is debuting new uniforms for the occasion.

The United States Military Academy (USMA) at West Point coordinated with Nike to create uniforms honoring the Army’s 1st Expeditionary Division – later known as the 1st Infantry Division – on the 100th anniversary of World War I’s end, according to Military.com.

The Black Knights will hang up their traditional black and gold uniforms, instead wearing black uniforms that feature minimal red and gold details. Red embroidery will feature “Big Red One” on the lapel, which commemorates the nickname of the 1st Infantry Division.

The uniforms were debuted in the video below:

The uniforms will also feature the number one on each sleeve, just as the division’s uniform did 100 years ago.

Each collar will hold bronze emblems in honor of the emblems worn during the war by “Big Red One’s 28th, 26th, 18th and 16th Infantry Regiments; 7th and 5th Field Artillery Regiments; and 1st Engineer Regiment.”

Additionally, a 48-star American flag from the World War I era – prior to Hawaii and Alaska’s inception – will be displayed on the back of the Army’s helmets. 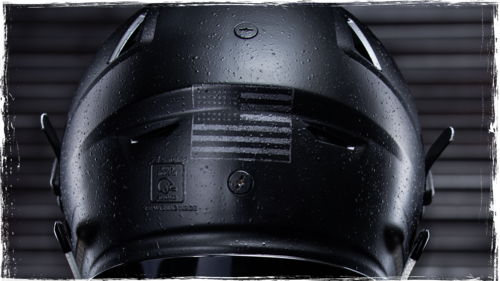 The 1st Infantry Division, formed in 1917 with 28,000 troops, was the first U.S. division to fight and claim a victory in World War I.

The division notably defeated German forces during the Battle of Cantigny, which took place north of Paris, France. Big Red One’s 28th Infantry Regiment overpowered the Germans in the battle, which lasted just 45 minutes. As a result, they earned the nickname “Black Lions of Cantigny.”

The Army will pay homage to this, too, bearing black lions on the shoulder of the uniforms.

This year is the third year in a row that the USMA honored Army divisions through its uniforms.

In 2016, the team uniforms honored the Army’s 82nd Airborne Division, and in 2017, their all-white uniforms paid tribute to the 10th Mountain Division.

The Navy Midshipmen will don white uniforms with blue and gold details featuring their mascot, Bill the Goat.

The 119th Army-Navy game will take place at Philadelphia’s Lincoln Financial Field this Saturday, Dec. 8 at 3 p.m. EST. It will air on the CBS network and can be viewed online at CBSSports.com.

The Navy leads the series with a record of 60-51-7 in the 118 times the two teams have faced off, CBS Sports recently reported.