Left in the field in Afghanistan without sleep or relief for four days earlier this year, Air Force Staff Sgt. Dylan Elchin had no complaints when a commander finally reached him via satellite phone.

Elchin just had one question.

“Am I crushing it?” he said, recalled Maj. Alexander Nell, acting commander of the 26th Special Tactics Squadron at Cannon Air Force Base, N.M., who spoke at Elchin’s hometown memorial in Pennsylvania on Thursday, according to the Beaver County Times.

Elchin, a special tactics combat controller assigned to the 26th STS, had deployed to Afghanistan in August and was killed Nov. 27 alongside two Green Berets when their vehicle struck a roadside bomb in central Ghazni province, while en route to battle the Taliban. A fourth servicemember died of his wounds from the blast earlier this week. 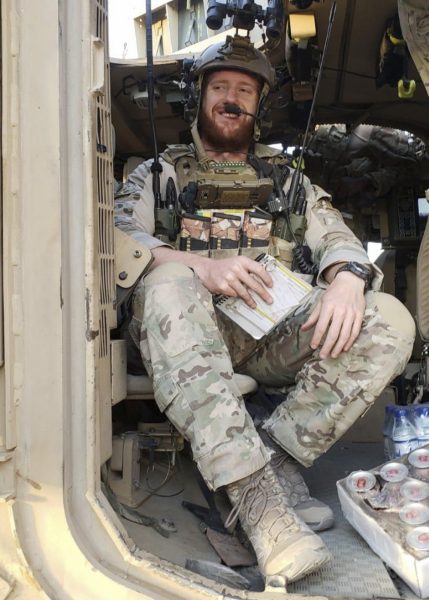 The family will be “forever draped in a sea of blue,” Air Force Chaplain (Capt.) Chris Pokorny told the crowd, the newspaper said.

The service had the hallmarks of events once far more common during the past 17 years of war. Fire departments displayed U.S. flags from ladder trucks along the family’s route to the church; the Patriot Guard Riders gave the family a motorcycle escort; a battlefield cross stood at the front of the church.

But Elchin, 25, was hardly common. He was only the 20th special tactics airman killed since Sept. 11, 2001, the Air Force said in a statement. His was the first Air Force fatality in Afghanistan in nearly three years and one of 14 U.S. military deaths in the country this year.

Ron Bogolea, who spoke at the service, credited his grandson’s character to the Boy Scout Oath, saying he was loyal to friends, family and country. His desire to serve started as a “spark” when he was 15. It grew into a flame and a “passionate love affair” with America, freedom and liberty, he said.

“Dylan was a man who had dreams, and the guts to make those dreams come true,” Bogolea said as cited by the Beaver County Times.

Elchin had enlisted in the Air Force in 2012, shortly after graduating from Hopewell High School. He soon began serving in the rigorous two-year combat control pipeline, where he qualified in several skills to prepare him for immediate deployment into combat operations, including reconnaissance, air traffic control, static line jumping, free fall jumping and combat scuba diving. 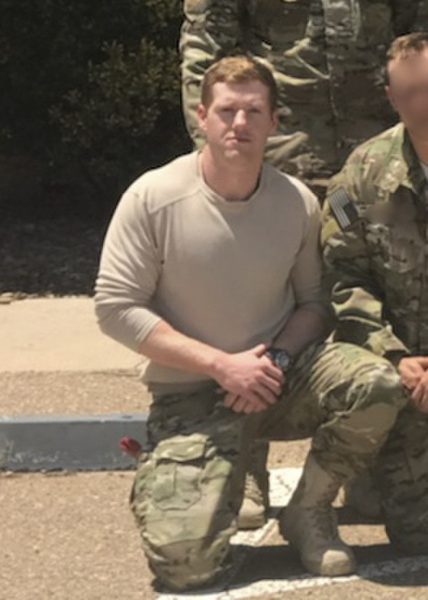 In training, he was “relentless, determined and he performed under pressure,” Col. Claude Tudor Jr., commander of the 24th Special Operations Wing told the audience, according to an Air Force statement. “We learned Dylan didn’t really have a limit.”

The young airman was engaged and planning to marry his fiancee in January when he returned from Afghanistan, his first combat deployment, where he was embedded with a 12-man Army Special Forces team to advise the ground force commander, direct close air support and call in strikes on enemy targets.

Elchin’s body was not brought to western Pennsylvania for the service because he is expected to be buried at Arlington National Cemetery, the newspaper reported. A date for his interment has not been announced.

Loney Duez, Elchin’s stepfather, told the newspaper that a local service was important because he had so many friends and family members.

Following the service, dozens of airmen memorialized their fallen teammate with a set of pushups, a tradition among the special tactics community to honor a fallen comrade at their memorials and on the anniversaries of their deaths. A formation typically does 10 four-count pushups followed by a few one-count repetitions to honor fallen comrades, their families and others, calling out in unison the name or group at the end of each repetition.

“Brave men like Dylan … are willing to sacrifice everything in defense of their teammates and their country,” Nell said at the memorial. “Dylan made that sacrifice, and we honor his legacy by continuing to fight in his name, the same way he would do for any of us.”