It has been about 12 years since Army veteran James Ramsey lost his leg in a motorcycle accident, literally within one day of getting out of the military.

“I wish I hadn’t, but at the same time, I think everything happens for a reason,” Ramsey recently told American Military News while reflecting on his military career and the life-altering accident that ended up sparking a modeling career.

Ramsey enlisted in the Army while he was in high school, in 2000. Two weeks after he graduated, he went to Basic Training. He would later be stationed at Fort Hood, in Texas, during which he had a non-combat deployment to Kuwait. 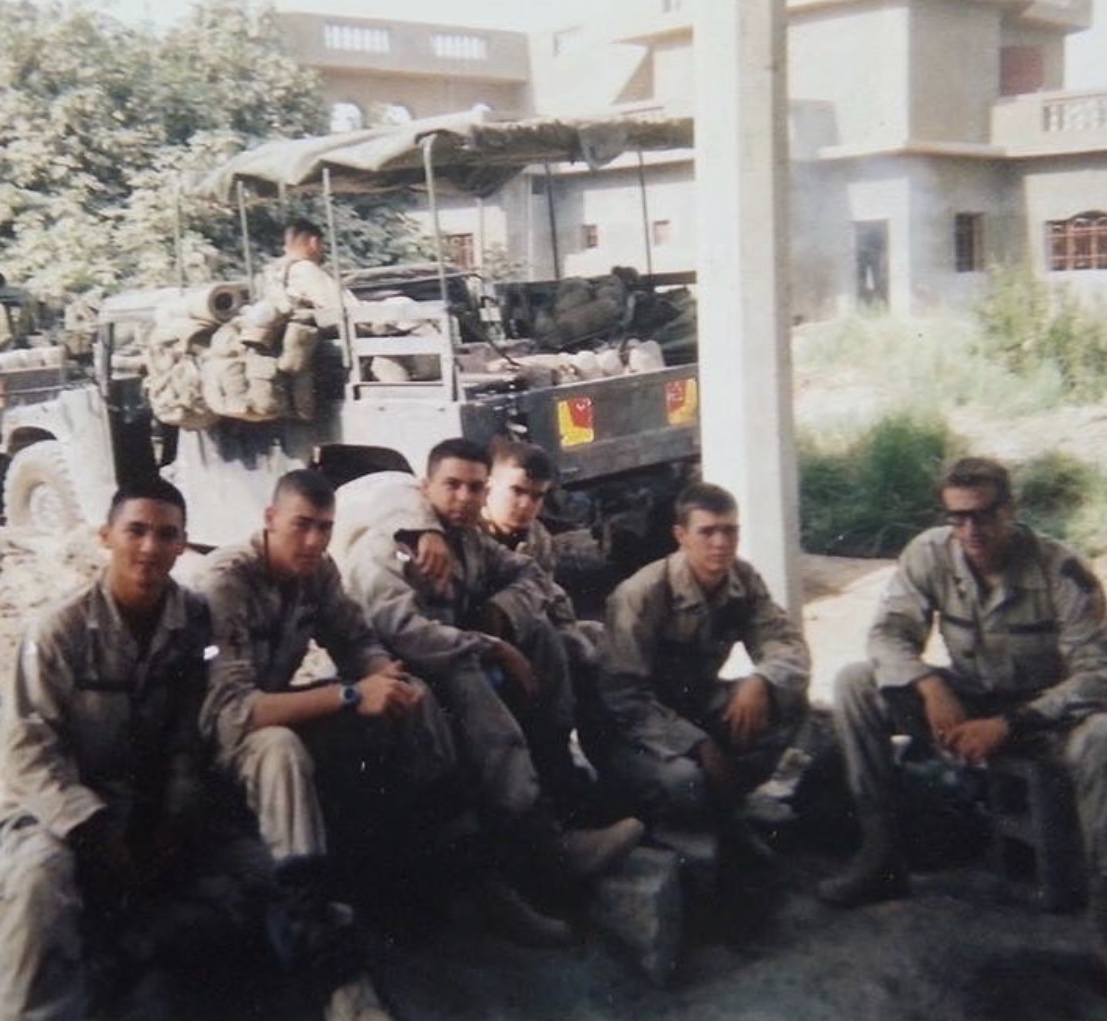 He re-enlisted in the military and joined the 173rd Airborne Brigade out of Vicenza, Italy. 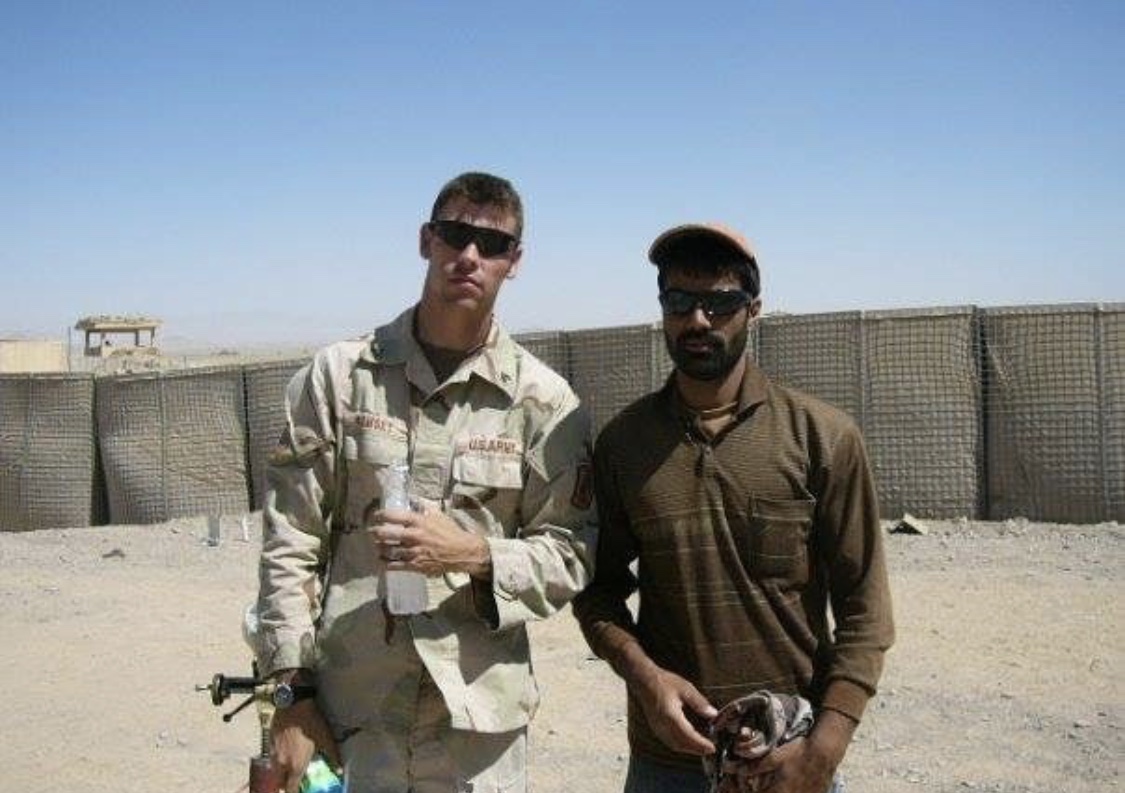 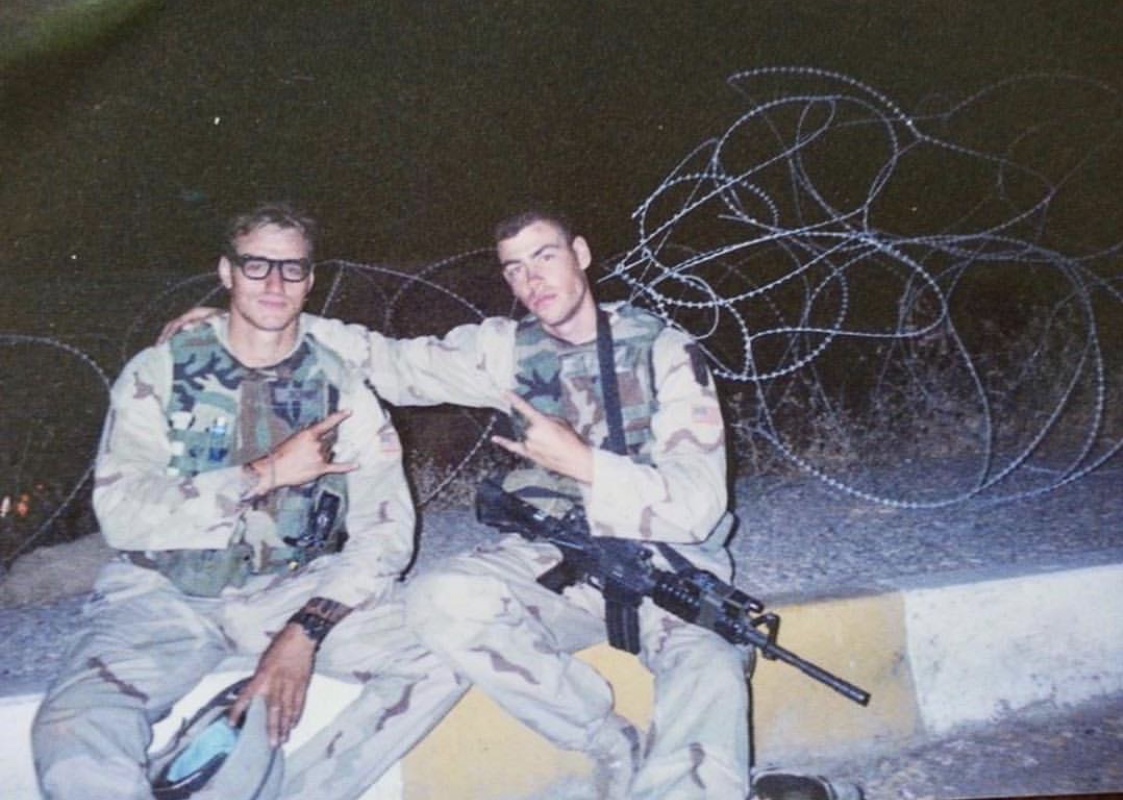 Despite several deployments, Ramsey left the military in once piece – until the day he got out.

“When I got out, the day I got out – a few hours after – I got in a motorcycle accident,” he said. “I lost my right leg. I was in the hospital for a week and a half.”

He had his right leg amputated and woke up without it.

“After I got out of hospital, it was about six months before I got my prosthetic. I had to heal. Usually they get you up and walking around pretty quick,” he explained, “But when I got in my accident – I hit a guardrail doing 70 – I also shattered my pelvis. They had to put it back together.”

Ramsey was 26 at the time. He had arrived home in Oregon from Italy, and had an idea of what his life was going to look like – work for his family, possibly join the police force.

“But then, within hours, reality hits you hard,” he said. “I knew a couple of my buddies who had lost limbs. I wasn’t completely new to the process of prosthetics. But I had no idea what I was in for after I woke up from the hospital.”

“I tried not to let it really affect me. I didn’t want to get depressed and down. That’s a pretty big thing, guys coming back, they get in a rut after they get out. It’s not the same. There’s no structure, it’s basically all on you. I didn’t want to get into that rut,” Ramsey said. “Especially now, it was going to be harder because I didn’t have a leg.”

While it was a long, hard journey ahead, Ramsey knew there was only one way to deal with it – just move forward with fortitude and strength.

“My doctors were like, you alright? It doesn’t really seem like you have accepted that you won’t have a leg. You’re not going through things that other people do when they find out they’ve lost a leg,” he explained. “I don’t want to say I’m special; a lot of other people do the same thing.”

“I noticed that it wasn’t that I didn’t accept it, it was more that there was no other alternative. It was either be a coach potato and depressed or get going. Time is a really limited thing. I didn’t want to waste it,” he stressed.

So he moved forward, and years later found himself doing something he never would have imagined – modeling.

“I had a pretty good opportunity a few years ago. Someone tagged me in Facebook post for Michael Stokes photography, about four years ago,” he explained. Stokes had taken some powerful images of amputees, and they caught Ramsey’s eye. Stokes is well-known for his photographs of veterans who have been wounded in Iraq or Afghanistan.

“I just responded to the tag, ‘Michael love your work. Hit me up.’ I was surprised he messaged me. We got to talking. He asked me if I was interested in shooting. I’d never done anything like that,” he said. “I was looking at pictures of people he had shot before, they were jacked. I hadn’t worked out seriously in months.”

Modeling was a whole new world that made him nervous, Ramsey admitted. 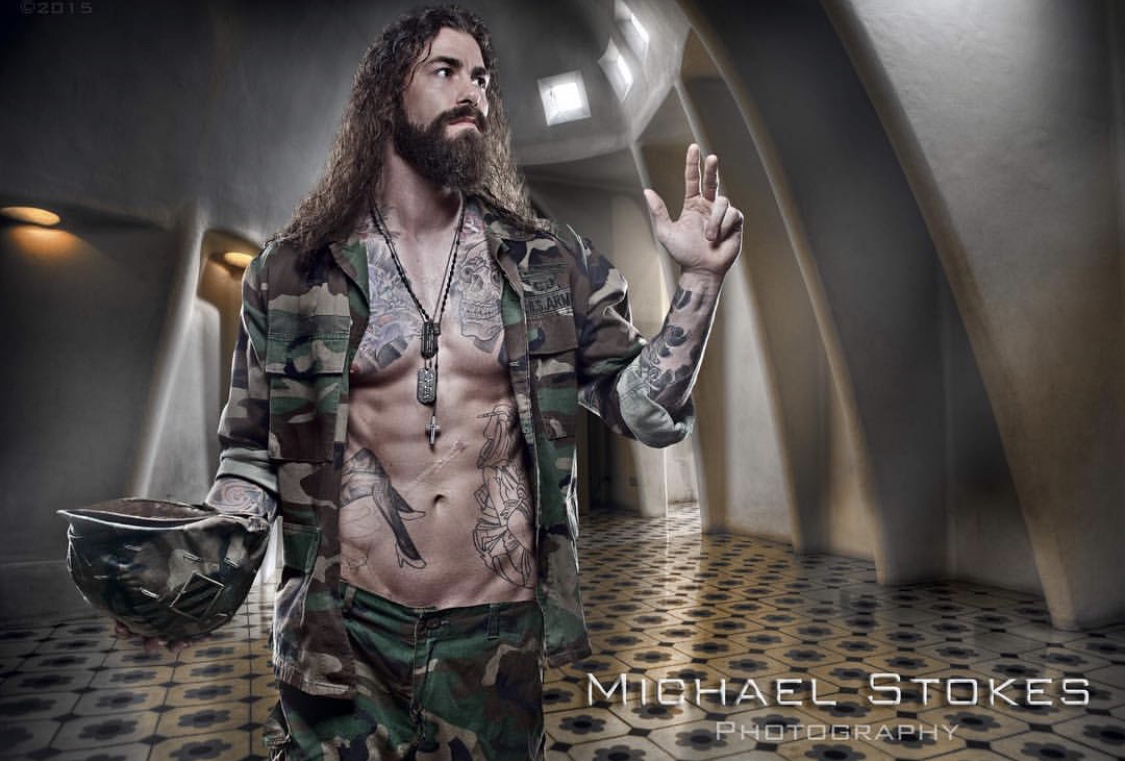 But it paid off. He shot twice with Stokes and is featured in two of his books. 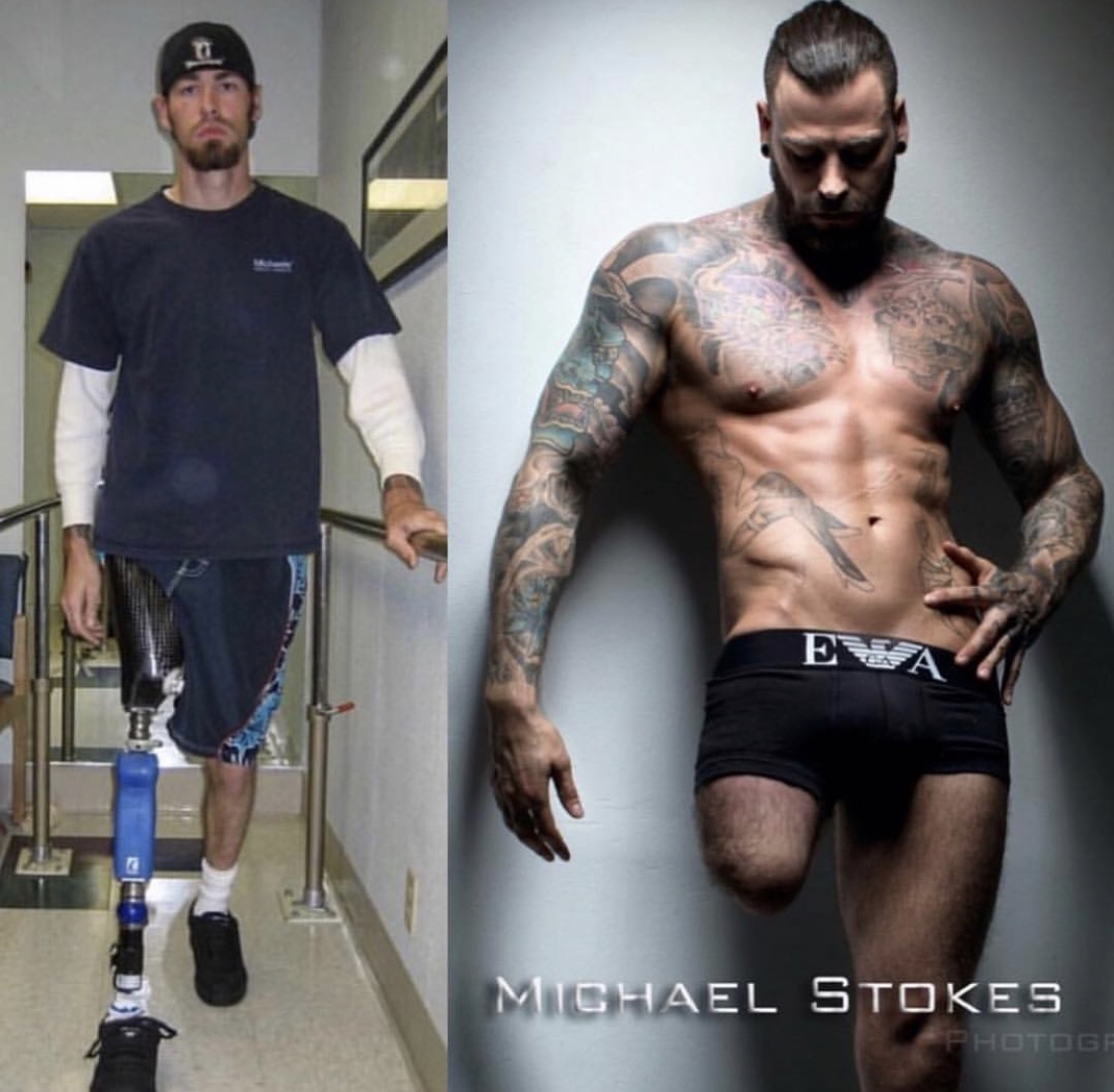 After that, Ramsey began garnering a lot of media attention and a large following on social media – he now has more than 113,000 followers on Instagram.

He was featured on billboards in Portland, did several TV interviews and was asked to be on Discovery Channel’s “The Wheel,” not to mention is on the cover of various romance novels. 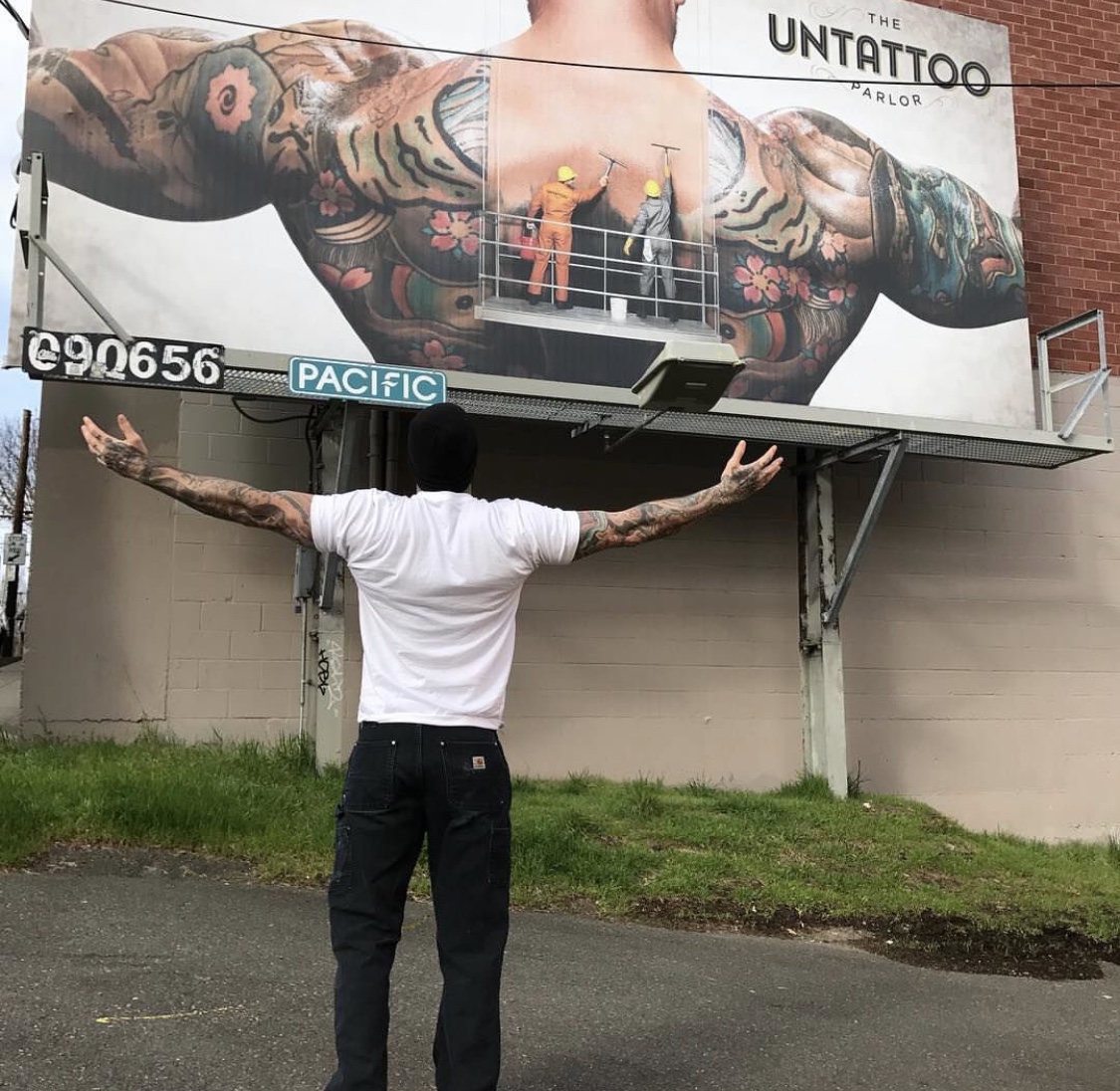 He even almost landed a Jockey underwear ad – but was told he had too many tattoos.

“It has been a crazy 10-12 years since I lost my leg. Things happen for a reason, and it’s all about how you react to the things that are happening to you,” he said.

Now, he works with his fiancee, model, hair stylist and photographer Heidi Lavon, and works at a gun store. The two are a well-followed photography team, and based on their social media posts, they get to do some pretty cool things with their careers. 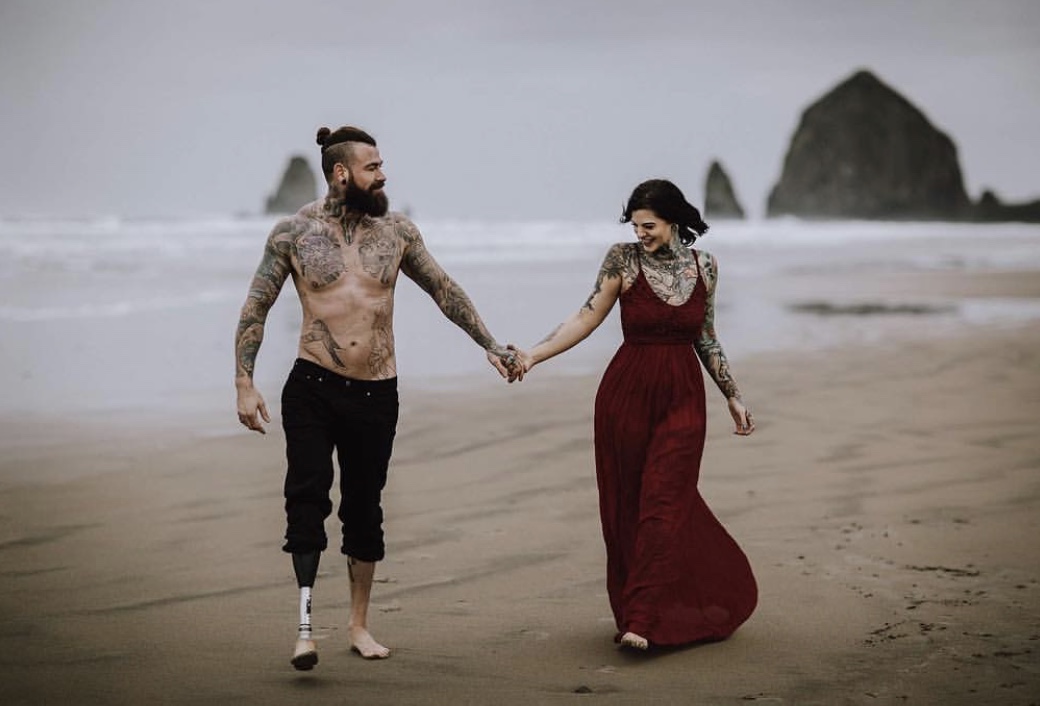 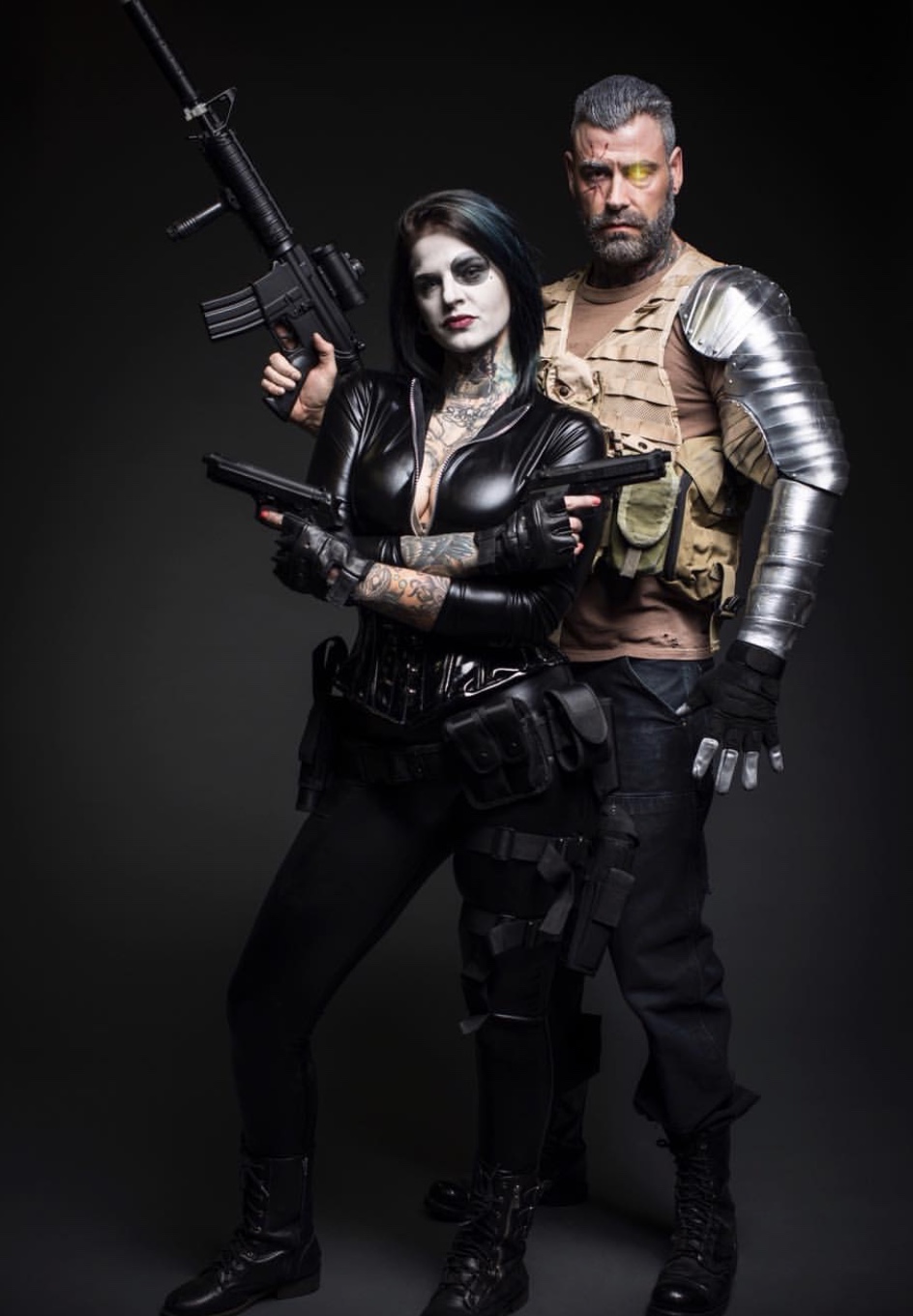 “I’ll get messages from people all over the world saying, ‘We’re huge fans, you’re so inspirational.’ I’m flattered. Thanks for taking an interest in my life,” he said. 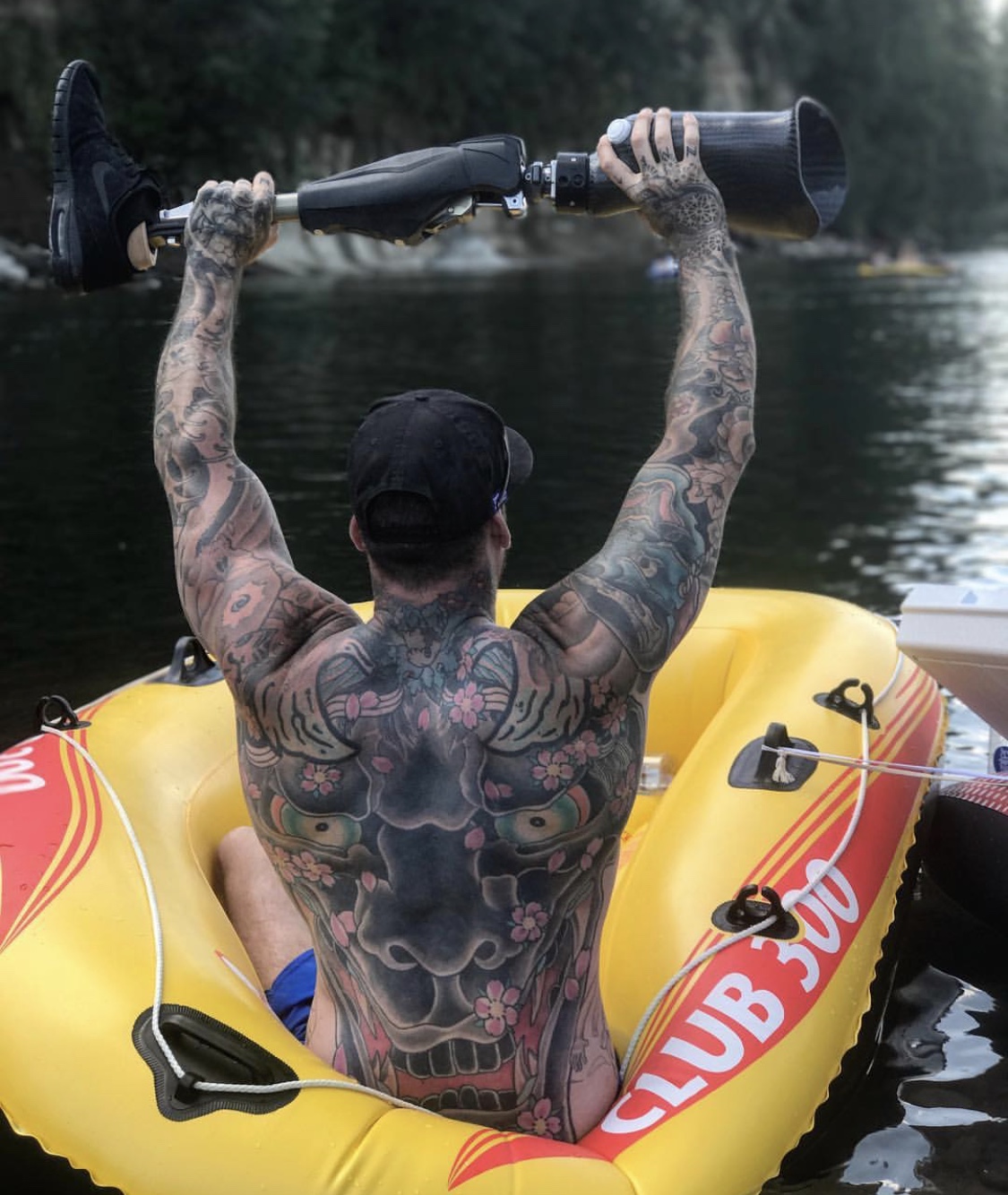 As for social media and his private life, Ramsey says, “I feel I have a good balance. I use Instagram for my work. I don’t try to get wrapped up in Instagram drama. On my side of it, I see a little bit more of things… It’s pretty weird, the social media world. But it can be bada*s too.” 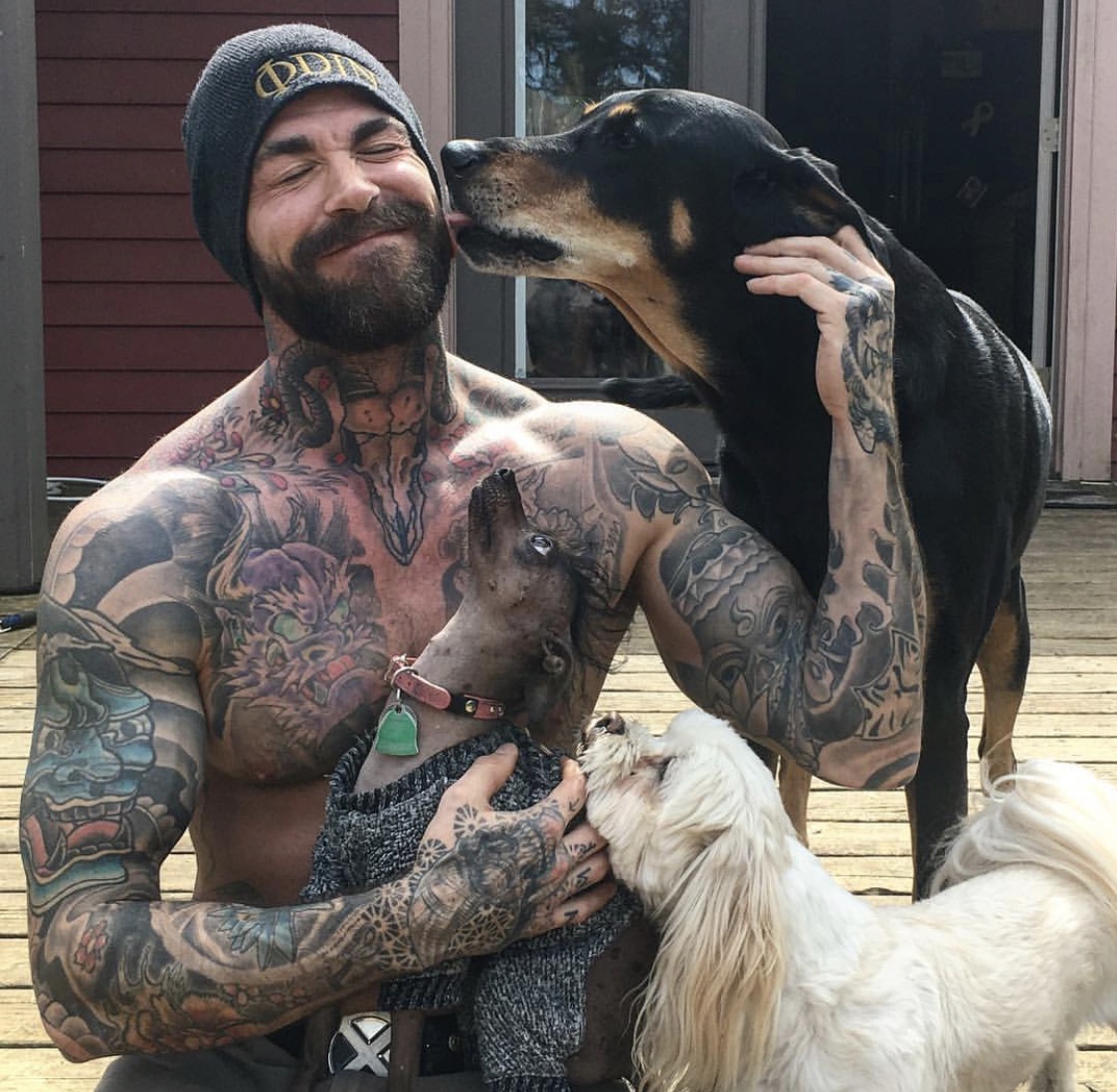 “I feel like I’m in a good place. When I first got out of the military and lost my leg, every plan I had went to sh*t. It was hard to see the forest through the trees. I definitely didn’t do it alone, I had a lot of support from my family and friends, everyone really helped me out a lot. I’m not a stud. People have helped me a lot and I couldn’t have done it without them,” Ramsey added.