A disabled veteran’s fight to change VA medical malpractice law has finally had a breakthrough – his bill was just introduced in the U.S. House of Representatives.

The bill was inspired by Tally’s own devastating experience with the VA.

In January 2016, Tally visited the VA for sudden, debilitating back pain. He was misdiagnosed by an independent contractor and sent home with pain pills that didn’t relieve his pain. When his condition worsened, he paid out of pocket for an MRI – a test the VA refused to do. He took the results to a new doctor using the VA Choice Act, where he finally got an answer.

A “bone-eating staph infection” had eaten away at Tally’s spine, disc and tissue. It could’ve been caught by a blood test or images of his spine, but neither of those were ordered by the VA.

Tally is left permanently disabled with devastating effects on his body, for which he’ll need numerous other procedures and surgeries. 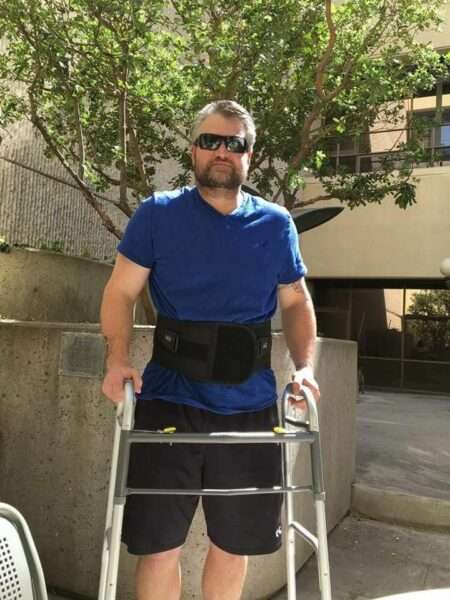 Tally was left with no options of recourse.

“They claimed responsibility 100 percent and then they just blamed it on some 72-year-old legal loophole,” he said.

“Brian experienced injustice at the hands of an independent contractor, and due to a public policy loophole he was never able to be fully compensated for his injuries. This is wrong, and my legislation would ensure it does not happen to veterans in the future,” Rep. Brat said in a statement last week.

Tally traveled to Capitol Hill in September, where he met with 30 members of Congress, all of whom supported his bill.

The Tally Bill subjects the VA’s independent contractors to the Federal Tort Claims Act just the way VA employees are. 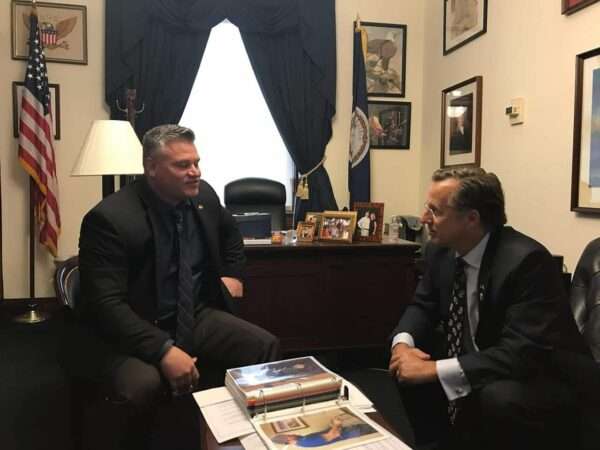 Tally’s medical woes aren’t over, but he hopes the bill will ensure independent contractors are held accountable so another veteran doesn’t have to suffer the way he has.

“I’ve got the three diseases now in my spine. I’ve got six herniated discs in my neck. My whole spine has been compromised,” he had told American Military News in July.

The physical damage extended to his kidney and bladder, stomach problems, and such severe atrophy in one leg that he walks with a gimp that further damages his spine. He’s also left with anxiety and depression over the permanent changes in his life.

“Brian’s story is heartrending. This should not have happened to him. And I hope we can make sure it does not happen to anyone else,” Rep. Brat added.

Rep. Brat’s D.C. office did not return a call from American Military News for additional comment by press time. Speaker Paul Ryan’s office could not be reached, as the voice message box was full when calling his D.C. office.