Female Marines had complained that their old coats weren’t being recognized as belonging to the Marines because civilians were more familiar with the male versions, Mary Boyt, a member of the Marine Corps Uniform Board, said in the statement.

“We knew what the male uniform looked like, and we wanted to develop a female uniform that was similar to the males’ but met the unique design challenges of the female shape,” she said. “We didn’t want to just throw a male coat on them and say this is it.”

The new outfits are “form fitting,” November Company drill instructor Sgt. Jazmin Penado said in the statement. “Now that we’re wearing the same uniform as male Marines, I feel like we are all equal. I know that’s what the Marine Corps is striving for, to make everything the same. I personally love the uniform.” 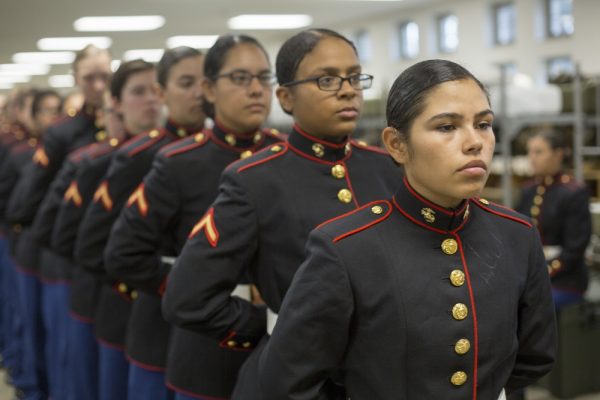 “If you look back at history, when females first came into the Marine Corps, we had the high coats with the high neck collars and then we changed over the years to a different coat,” she said in the statement. “The coat we have now is similar to when we first started.”

The new coat will be phased in over the next several years and become mandatory in October 2022.