In its nationwide premier on Friday, the film “Hunter Killer” will showcase for the first time ever a U.S. Navy Virginia-class submarine on the big screen, as well as portray the Navy’s “Silent Service” – the submarine force – in a thriller full of action, international intrigue, teamwork and inspiration.

Taking place primarily underwater in the Barents Sea, Russia, submarine Captain Joe Glass, portrayed by actor Gerard Butler, is the commander of the USS Omaha, on a mission to find a U.S. submarine in distress as Russia aggressively builds up its military in anticipation of what is assumed could be World War III. Aside from impressive submarine scenes, there is a team of Navy SEALs on a mission to rescue the Russian president being held captive after a coup in his own government.

“This movie is a big fun adventure, but there’s a truth to climbing into the hearts and minds of submariners, these incredible warriors,” Butler told American Military News on Monday at the film’s premier at the Intrepid Sea, Air & Space Museum in New York City. 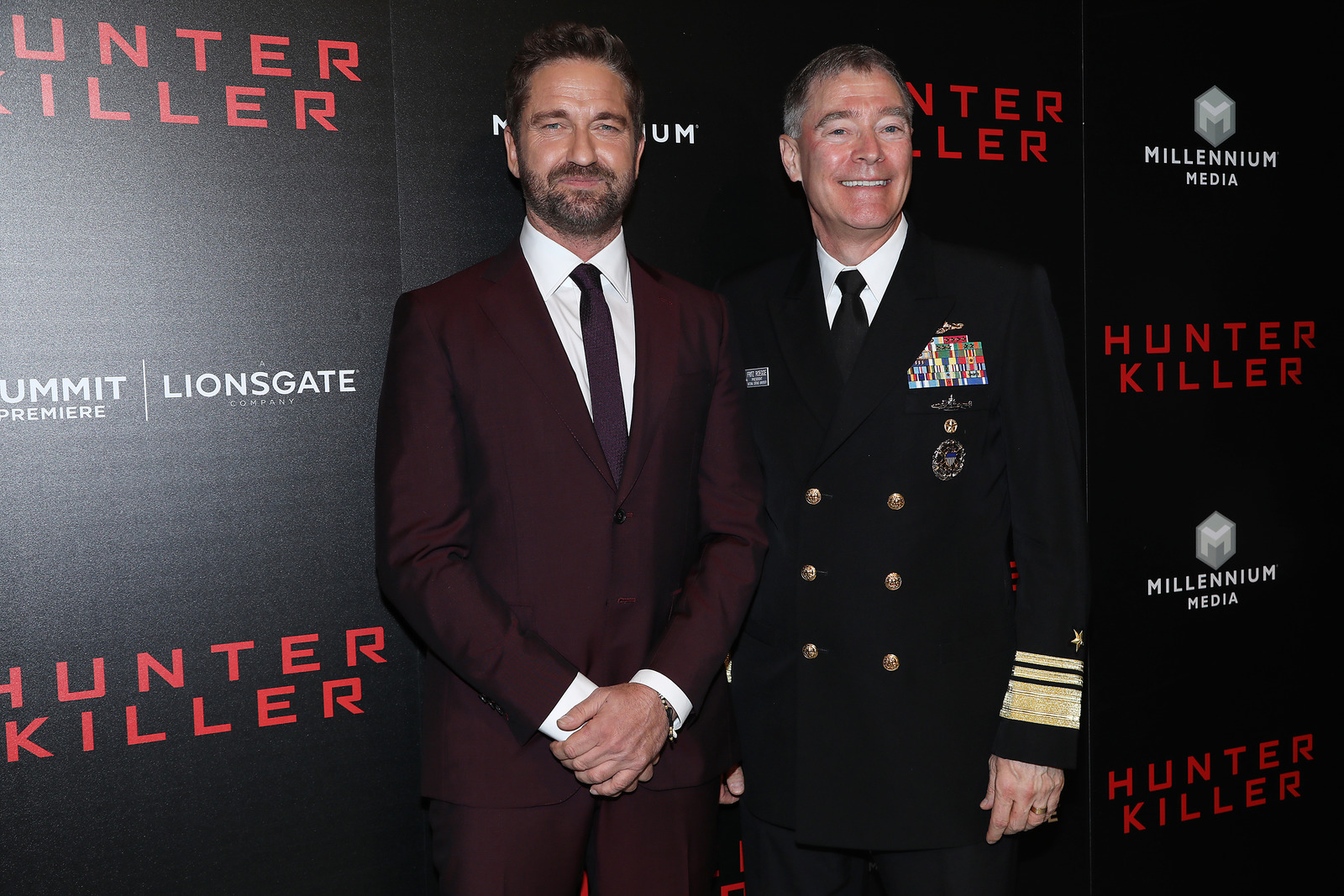 “We knew if we could pin down the authenticity, we’re paying homage to the great work that they do, but we’re also allowing the audience to go on a ride that they feel is way more plausible, watching the exact commands in that exact room,” Butler explained. “Submariners are going, ‘That’s actually what we do, that’s what we say, that’s how we feel, those are the pressures we’re under.’ To show both the light and dark side, … for a captain not to know his crew, for a crew not necessarily at times to trust their captain … That’s the drama that we pushed, but ultimately it’s about the crew coming together and showing the incredible teamwork and courage and valor under more pressure than anyone could imagine.”

The vernacular is on point, and the submarine scenes were primarily filmed in an interior room that was specially built on a gimbal, or pivoting support device. In other words, when Butler’s submarine submerges and dives under water, the crew looks like they’re actually on a submarine diving under water, visibly having to lean back in order to stay standing. This was one of the many details that gives the film its authenticity.

Those details, as well as the portrayal of the crew by the cast, did not go unnoticed by the military.

Butler and the film’s director, Donovan Marsh, recently screened “Hunter Killer” at Naval Submarine Base New London, in Groton, Conn. – known as the “Home of the Submarine Force.”

Spent the day at Groton Naval Base where we screened #HunterKiller. Always a privilege to visit and see what true heroism looks like. Thank you for having me. pic.twitter.com/pPGVVGTZN8

“It was amazing for them to watch the movie and listen to them while the movie was played,” Marsh told American Military News. “They were very vocal, that was very rewarding.”

“The most fun thing was to hear from the spouses. They kind of know what their husbands do, but they never really imagine what it might come to. The risks they’re taking… they’re prepared to die. It’s a very dangerous job. One slip-up can be the end of the whole crew. The wives were appreciative of what their husbands were taking on,” he said. 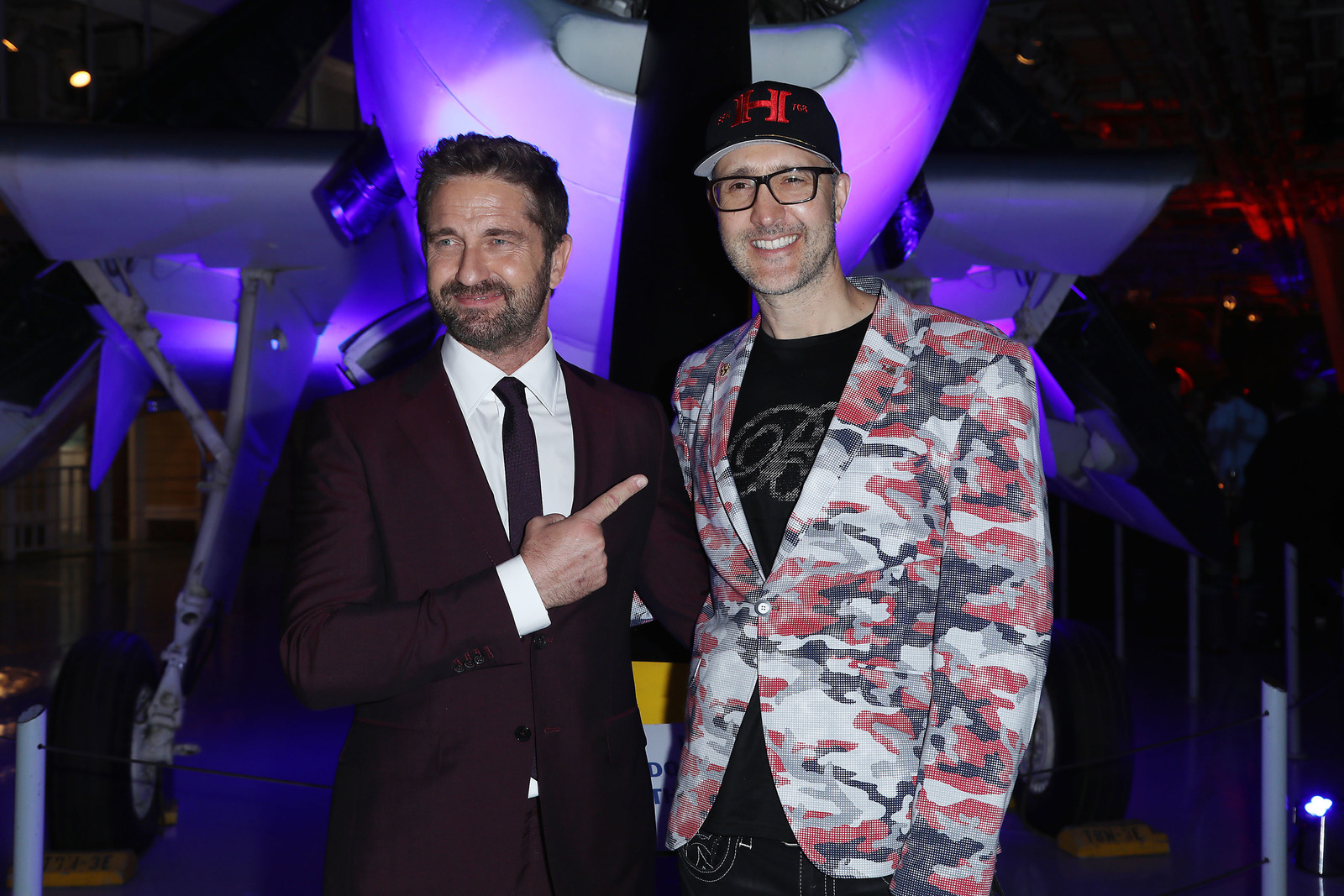 “I think the film is operating on a number of different layers. It’s a thrilling ride, but also, when you make a film about war, you have a responsibility. You have to show it for what it is. You have to say something about it that’s positive,” he pointed out.

And in a world where submarine movies are few and far between (“The Hunt for Red October” in 1990, “Crimson Tide” in 1995 and “K-19 The Widow Maker” in 2002 come to mind), the “Hunter Killer” cast and crew took to task the responsibility of making sure submariners and their culture are properly represented.

“When I realized, meeting the people at the base, how much it meant to them to be represented, to not be forgotten about,” Marsh said. “The submarine corps is the unsung heroes of the Navy, they’re kind of invisible. They don’t get that glory. It was nice to me to see how important it was to them, they were shown in a wonderful light and honest light.” 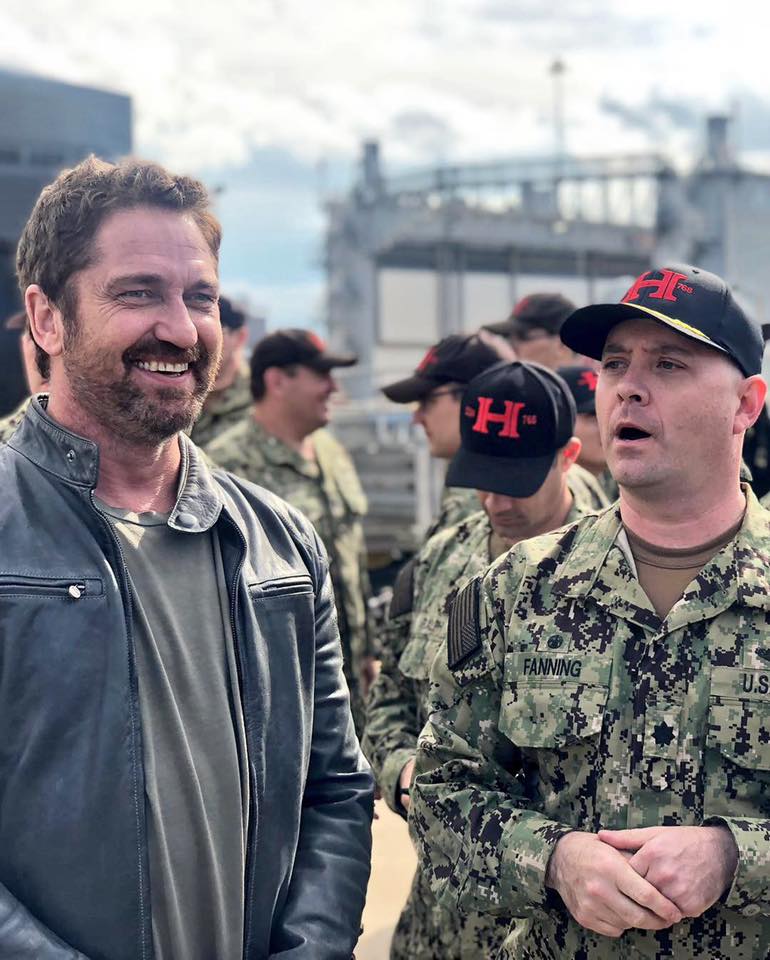 “I hope when you see that, and you get goosebumps… It’s because what you [service members] give us, it’s because of the warriors you are and dedication you put in and the courage. That’s why we wanted to make this,” Butler said. 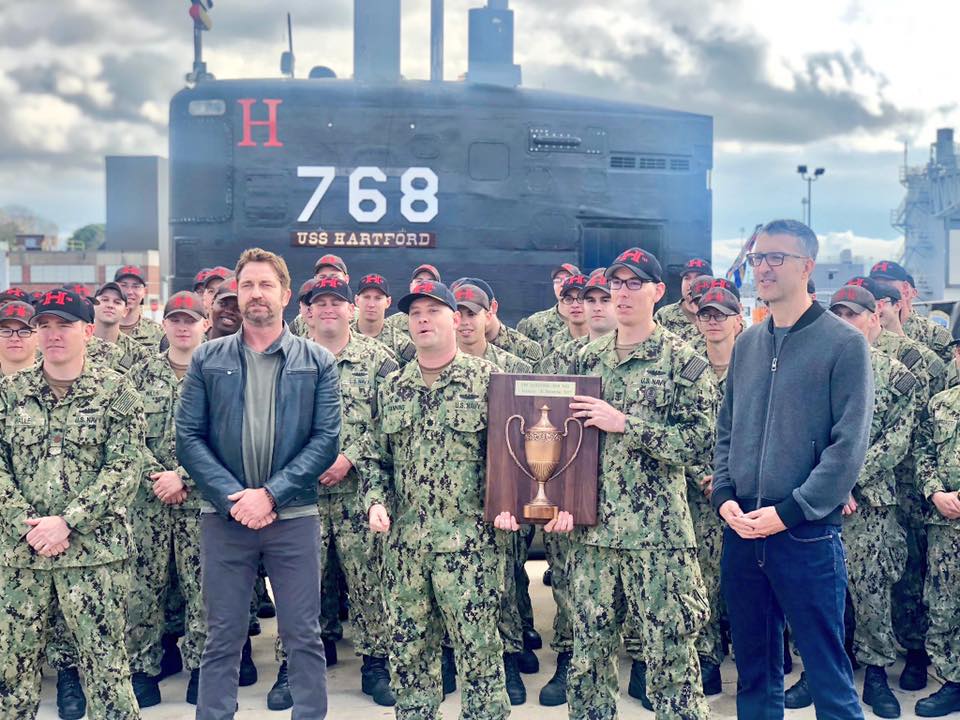 “When I watch it with them and see them react, that’s what this is about,” Butler added. “I said to someone, I want this movie to do well, but even if it doesn’t, just the experiences that I’ve had screening this to the Navy and military and submariners has been such a beautiful journey, I’ll never forget it.”

Vice Adm. Fritz Roegge of the U.S. Navy, President of the National Defense University who has in the past been in command of the submarine force in the Pacific, helped provide support for the cast throughout the making of “Hunter Killer.”

“We [the Navy] provided them exposure to some of what we do. I was very impressed by how studious and diligent they were about wanting to understand what we do, and they wanted to try and get it right,” he told American Military News.

Butler even spent several days aboard a submarine at Pearl Harbor, getting a taste of the culture and life of a submariner, and taking notes from a commanding officer.

“Living on a submarine isn’t for everybody. This film helps the submarine force tell our story; we are the silent service, we don’t spend a lot of time talking about ourselves. It’s great that Lionsgate is doing that,” Roegge added.

The film “Hunter Killer” has been in the works for several years, and it is based on the book “Firing point” by George Wallace, retired U.S. Navy commander of the nuclear attack submarine USS Houston, and Don Keith, an award-winning journalist and best-selling author. The screenplay was written by Arne Schmidt and Jamie Moss.