The Department of Justice and FBI have both confirmed that one suspect is in custody in connection with mailing suspicious packages containing pipe bombs.

The suspect’s identity has not yet been officially confirmed by the FBI or DOJ. 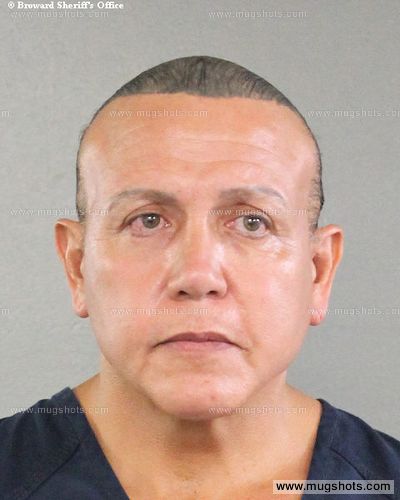 Cesar Altieri Sayoc, 56, of Florida, has been identified as the suspect arrested in connection to the pipe bombs mailed to top Democrats and critics of President Donald Trump: https://t.co/Cj0Z7XjoZN #breaking pic.twitter.com/Kw3rOXAA1P

Video footage showed the suspect’s white van with windows covered in political-themed stickers. Images were not clear enough to discern the stickers’ content before FBI officials covered the van with a blue tarp.

UPDATE, 11:35 a.m. EST – The suspect lives in Aventura, Fla. just north of Miami and 10 miles from the Opa-locka postal facility where the suspicious packages were originally sent through, a law enforcement source told Fox News. The man is a former New York resident and has a prior criminal history for making terrorist threats.

The suspect is described as a man “in his 50s,” and images showed a significant law enforcement presence outside an auto parts store in Plantation, Fla. on Friday morning, according to NBC News.

Sarah Isgur Flores, Just Department Director of Public Affairs, confirmed that the suspect is in custody in a tweet Friday morning, saying, “We can confirm one person is in custody. We will hold a press conference at the Department of Justice at 2:30pm ET.”

We can confirm one person is in custody. We will hold a press conference at the Department of Justice at 2:30pm ET.

The FBI confirmation came shortly after.

The #FBI can confirm we have one person in custody. There will be a press conference in Washington, D.C. at the Department of Justice at 2:30pm ET.

The arrest follows the discovery of the 11th and 12th packages on Friday morning addressed to Democratic Sen. Cory Booker and former Director of National Intelligence James Clapper.

Ten other packages were sent to top Democrats earlier this week.

FBI officials confirmed earlier this week that they were following leads out of south Florida.