The Air Force has identified the California pilot who was killed during a military training exercise in Ukraine this week.

Lt. Col. Seth “Jethro” Nehring, 44, was flying a Ukrainian Su-27UB aircraft Tuesday when it crashed in the Vinnytsia region, about 175 miles southwest of Kiev, Ukraine’s capital, the Air Force said in a statement. He was a fighter pilot with the California Air National Guard’s 144th Fighter Wing group, based in Fresno. 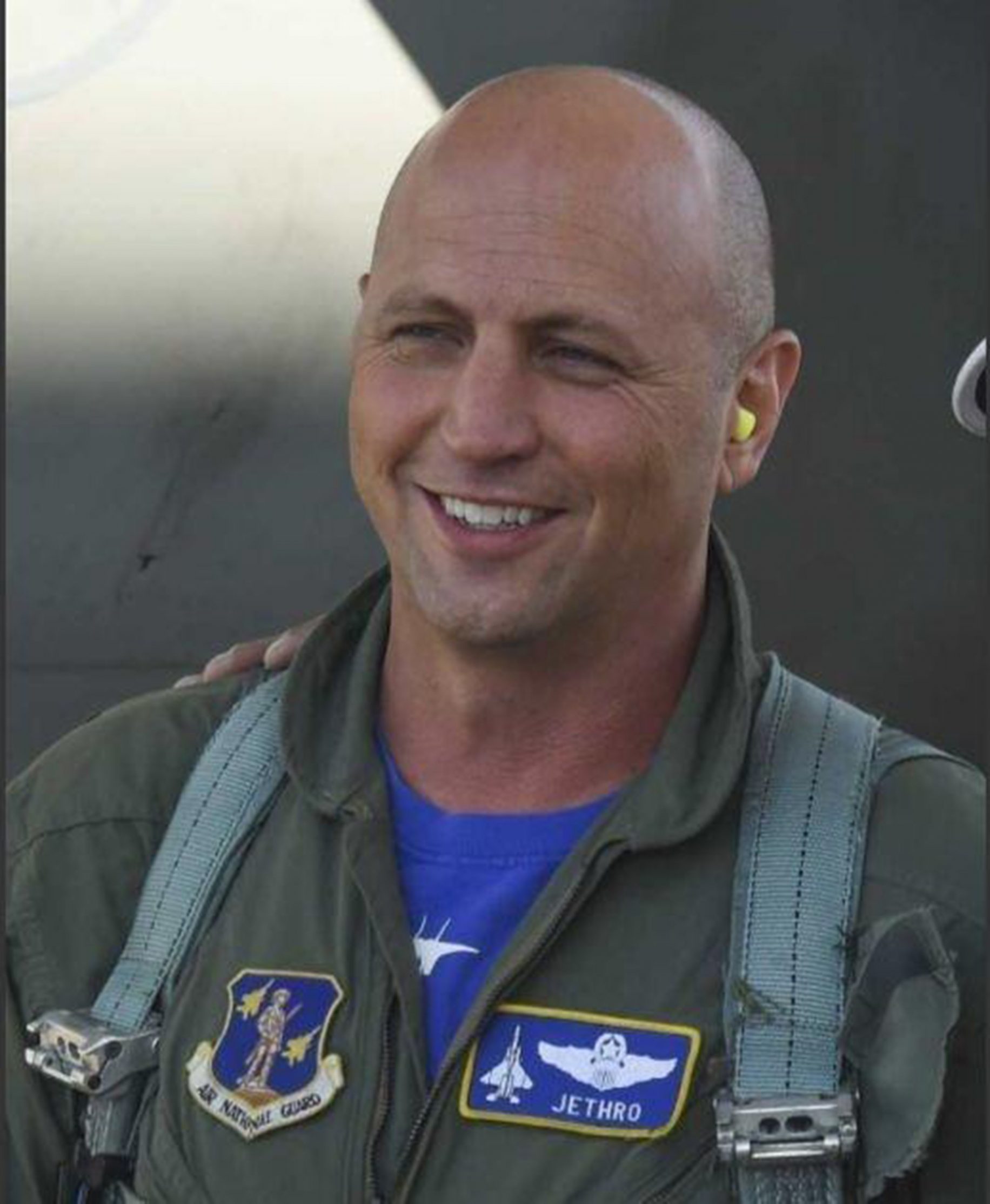 “We are a close-knit family and when a tragedy like this occurs, every member of the 144th Fighter Wing feels it,” Col. Daniel Kelly, commander of the 144th, said in a statement. “We share in the sorrow felt by Jethro’s loved ones and our thoughts and prayers go out to his family and friends as well as those of the Ukrainian aviator.”

The crash also killed a Ukrainian pilot, identified as Col. Ivan Petrenko, who was the chief of aviation at the Ozerne Air Base in Zhytomyr, Ukraine.

Nehring and Petrenko were participating in a combat flight exercise in a large-scale training called Clear Sky 2018, which involved about 950 personnel from the United States and eight other countries. Nehring was handpicked for the position based on his 20 years’ experience as a pilot with the 144th group, the Air Force said.

The U.S. and some of its European allies have been conducting military training exercises in Ukraine since 2015 in support of the country’s ongoing war with Russia-backed separatists in the eastern part of the country. This was the first combat air training involving U.S. and Ukrainian forces since those exercises began, officials said, and both governments are investigating the cause of the crash.

Nehring lived in Reno but grew up in Fresno, Air Force spokesman Sgt. Charles Vaughn said. He is survived by his parents.