Cameras outside the International Space Station captured a stark and sobering view of Hurricane Florence the morning of Sept. 12 as it churned across the Atlantic in a west-northwesterly direction with winds of 130 miles an hour. (NASA Goddard Space Flight Center/Released)
September 14, 2018 Laura Widener
Share
Tweet
Flip

Hurricane Florence made landfall as a category one storm and continues to move slowly as predicted, threatening devastating storm surges and flooding.

Over the weekend, the storm is expected to move slowly through the Carolinas while delivering significant rainfall, with as much as 40 inches expected in some areas, according to a CNN report Friday. Some of the storm’s damage can already be seen in photos and videos on the web.

Photos from Friday, the day #HurricaneFlorence made landfall. #Florence https://t.co/OyAFOuwdKU

“It’s getting worse,” said North Carolina Gov. Roy Cooper. “The storm is going to continue its violent grind across our state for days.”

In New Bern, N.C., over 200 people were rescued from the rapidly rising water, while 150 were left awaiting rescue amid a 10-foot storm surge.

NEW: Video in from our crew in Carolina Beach. High tide and overwash from #HurricaneFlorence causing flooding around Carl Winner Drive. Back side of storm still very dangerous. #FlorenceNC pic.twitter.com/vL58tExIJw

The governors of the Carolinas, Georgia, Virginia, and Maryland have all declared a state of emergency.

Director of the National Hurricane Center, Ken Graham, said: “You’re going to have flooding miles and miles inland,” due to storm surges.

As of Friday morning, 620,000 residents in the Carolinas were without power. In response, 4,000 National Guard troops and 40,000 electric workers were deployed. 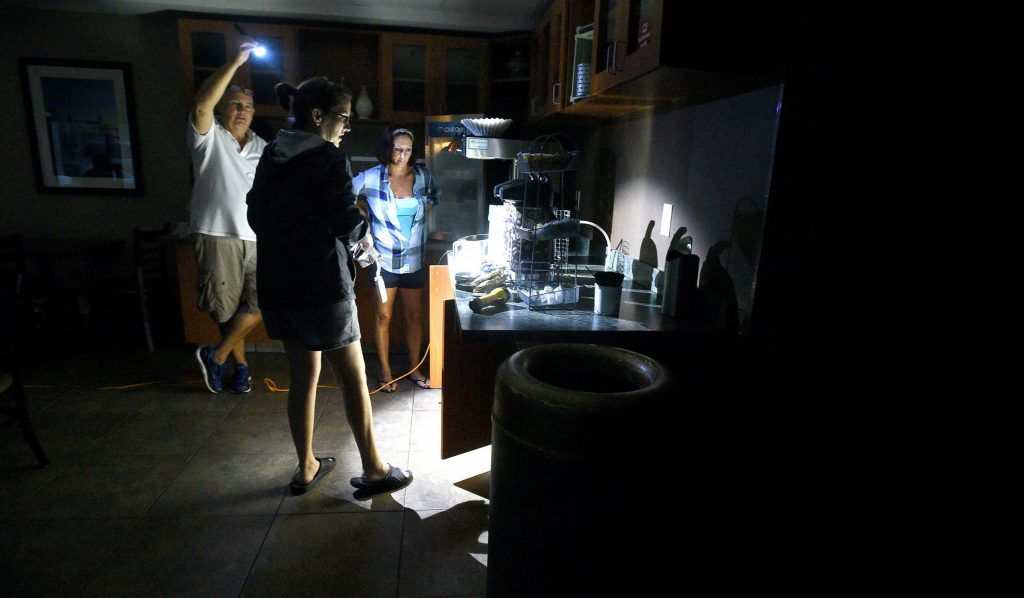 Gov. Henry McMaster of S.C. said it could take days, or even weeks to restore power due to harsh conditions preventing workers from accessing the areas they need to reach. 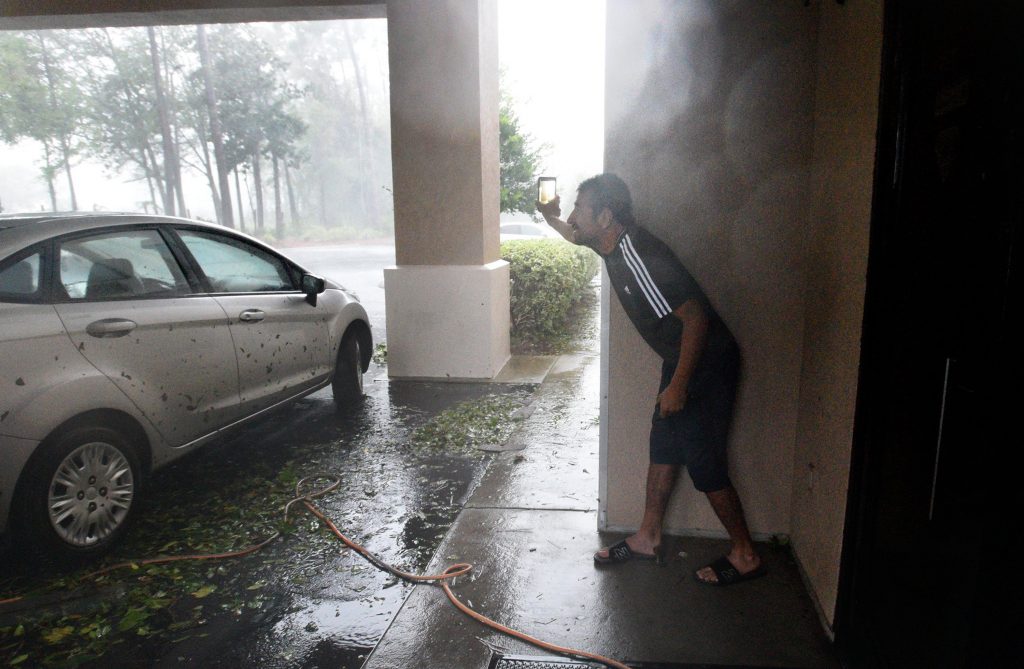 Mandatory evacuations and curfews remain in place for many vulnerable coastal areas.

Although it’s still too early for death tolls, officials confirmed the first three deaths in two separate incidents on Friday.

One grim video in Wilmington, N.C. showed rescuers outside the home where a mother and an infant reportedly died after they became trapped under a collapsed home. The father was transported to the hospital with unknown injuries.

Another woman in Hampstead, N.C. died from a heart attack Friday morning. Emergency personnel were unable to get to the woman’s home due to fallen trees blocking the road.

A woman in Hampstead died of a heart attack this morning. Pender County Emergency Management said crews could not get to her because of trees in the road. https://t.co/ojhwRDIAIf

Conditions remain severe as areas in the Carolinas battle heavy winds and rains, remaining under tornado warnings and watches.