Over the past year, the Pentagon has awarded more than $34 million to install luxurious interiors in two of President Trump’s back-up Air Force One aircraft, which are also often used by the first lady and cabinet secretaries, according to U.S. Defense Department documents.

The Boeing 757s require “an appearance more commensurate with [the] presidential section of the VC-25A,” the Pentagon said in a contract announcement this week. VC-25A is the military designation for the two Boeing 747s that serve as Air Force One.

On Tuesday, the Air Force gave Boeing a $16 million contract to start installing “upgraded interior elements” on one of the military’s four 757s, which it calls C-32s. Last year, the service spent nearly $18 million installing a new interior on a different C-32. This week’s contract was first reported by the Washington Examiner. 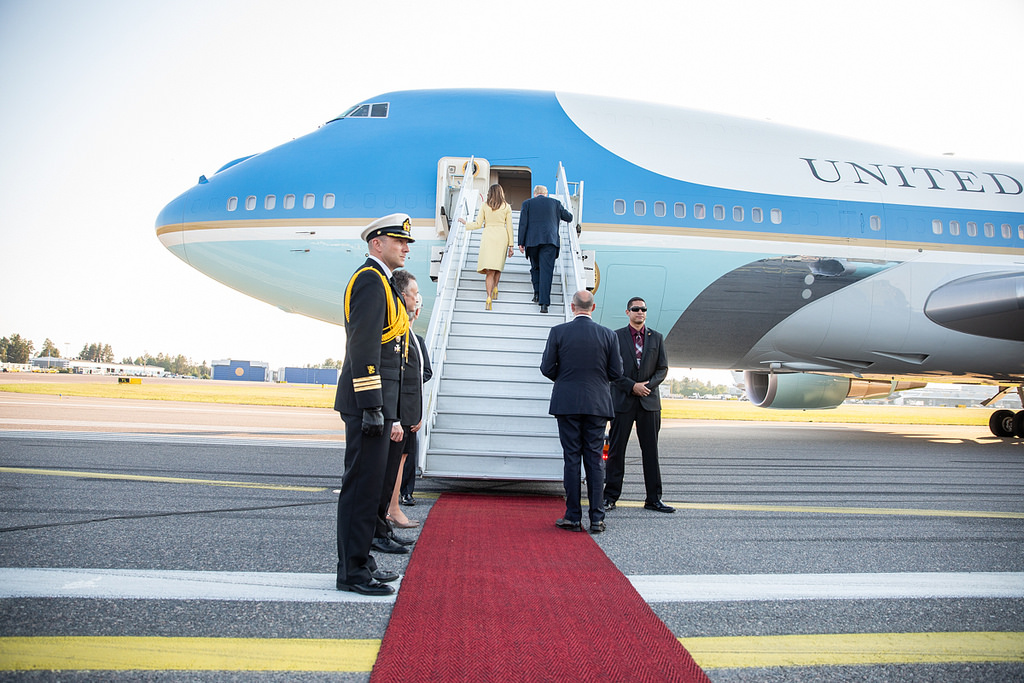 The upgrades also include new carpets and new seats in the VIP cabin, according to two sources with knowledge of the project. 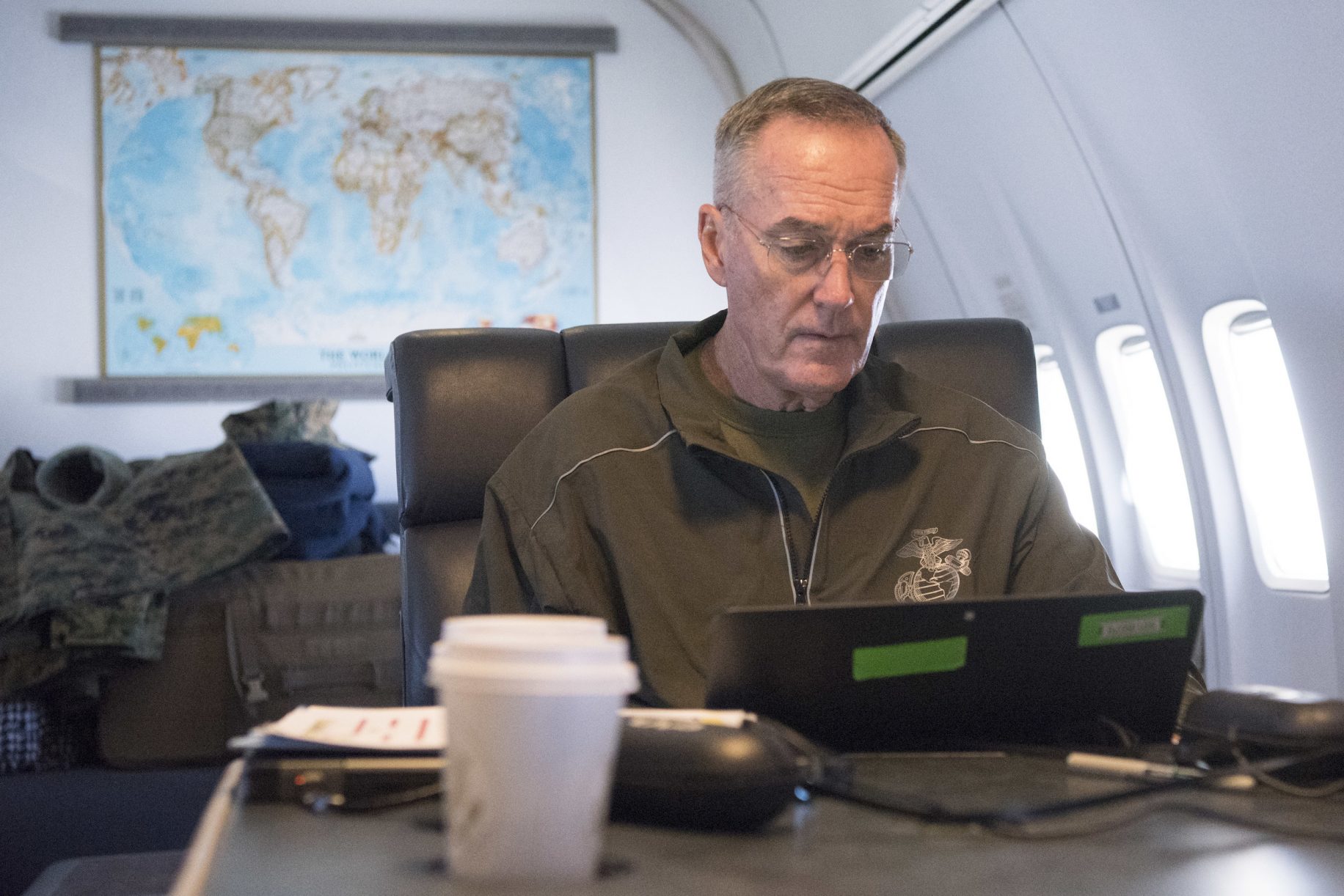 The twin-engine C-32s are often used by the vice president, first lady, and secretary of state — and the president himself, when an airport runway is too short for the much larger Boeing 747 that usually serves as Air Force One. Just this month, Trump took three trips on a C-32. The defense secretary and chairman of the Joint Chiefs of Staff also occasionally fly in these planes, which are based at Joint Base Andrews in Maryland. 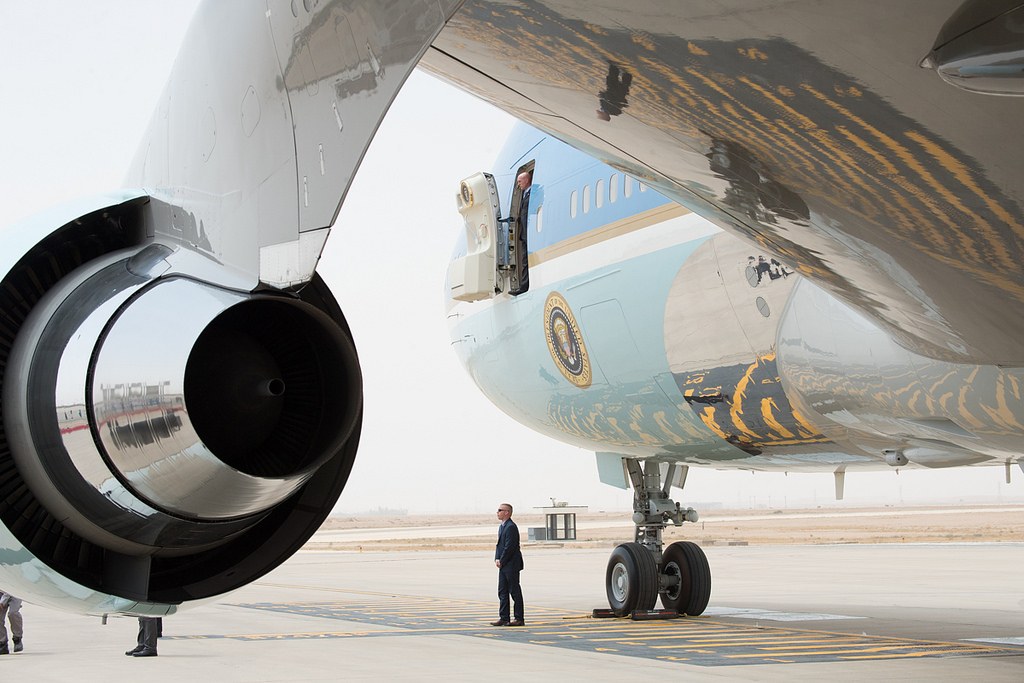 Preparations are made on Air Force One for President Donald Trump and First Lady Melania Trump to disembark at King Khalid International Airport after arrival on Saturday, May 20, 2017, in Riyadh, Saudi Arabia. (Official White House Photo by Andrea Hanks)

Inside, the C-32s are similar to commercial 757 airliners, with some distinct differences. The forward section, where an airline might install first-class seats, is outfitted with computers and electronics equipment that the crew uses to stay in contact with military commands.

Behind that is the VIP cabin, furnished with a couch that unfolds into a bed, and a table with large captain’s seats on each side. Further aft is a section for senior staffers, with large seats similar to domestic first-class cabins, and conference tables. Crew and the press sit in the back in smaller, traditional commercial airline seats. The bathrooms are identical to those commercial versions of the plane.

The C-32s are expected to be retired in 2023, when the fleet turns 25 years old, according to Air Force budget documents. Last year, the Pentagon launched a program to replace the planes.

The president owns his own highly customized Boeing 757 complete with a bedroom and many gold fixtures.