Her SUV was ‘running strangely.’ Woman raised hood to find engine gripped by a python

A woman’s decision to pull over and check the engine of her “strangely” acting SUV ended with a 911 call Wednesday, after she found a python coiled over her serpentine belt, say police in Omro, Wisconsin.

The police department then called for even more backup, when it became clear the snake had no intention of surrendering its grip on the engine.

Photos posted by the police department on Facebook show two squad cars, several officers, a reptile expert from a nearby town and a towing company responded. 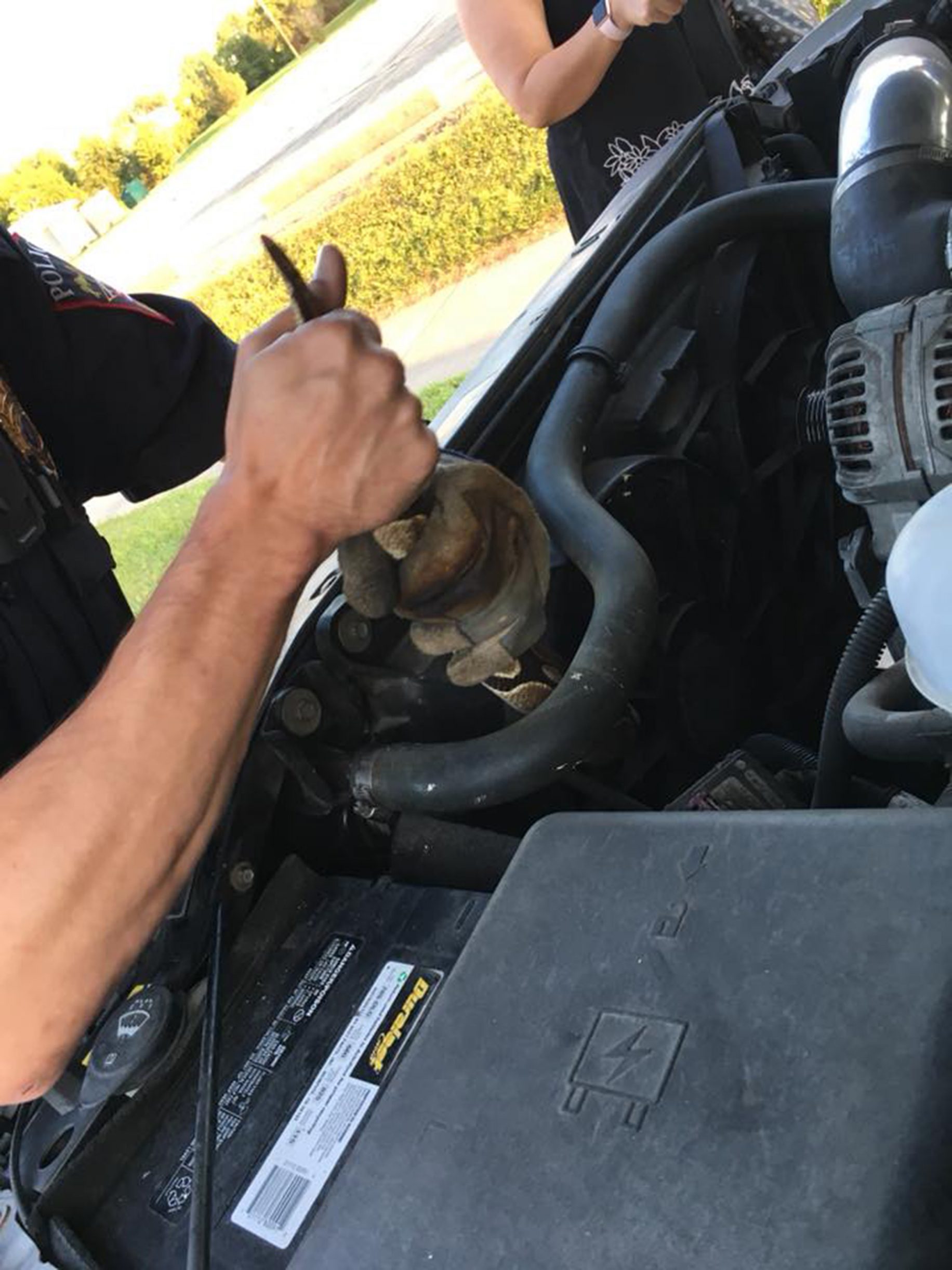 An Omro Police officer tries pulling the snake out of the engine. It didn’t work. (Omro Police Department/Facebook)

The latter brought a wrecker so the SUV could be lifted, once it became clear the snake had wedged itself between the engine and the skid plate, police posted.

The snake, which officers described on Facebook as “incredibly strong,” was identified as a ball python, a species native to Africa.

“You just never know what will happen on patrol in Omro,” said the police Facebook post. The town has a population of about 3,500 people.

Local snake handler Steve Keller, who runs a traveling snake show, referred to it as a “snake rescue” on his Facebook page.

Police didn’t say how many hours were invested in the rescue, but the initial call for help came at 6:50 p.m. Keller posted photos taken after sunset of him standing by the SUV with the freed snake.

“The reluctant reptile is alive and well, just tired and scared,” said the police on Facebook.

The department also didn’t share the woman’s initial reaction to finding the snake, but hundreds of social media commenters offered ideas, ranging from a heart attack to passing out.

“I would have died,” said Sarah Bartel on the police department’s Facebook page.

“If it had been me, I (would have) screamed for a good 20 minutes and then I would have thrown up … .about 30 miles away from my car!” posted Karin Bowers-Cady of McFarland, Wisconsin.