This report has been updated to include reactions to John McCain’s death, including President Trump, former Presidents Bush and Obama and Cindy and Meghan McCain.

U.S. Senator and famed Navy veteran John McCain has lost his battle with brain cancer and has passed away at the age of 81.

McCain’s office wrote, “At his death, he had served the United States of America faithfully for sixty years.”

His death comes one day after he stopped his brain cancer treatment.

My heart is broken. I am so lucky to have lived the adventure of loving this incredible man for 38 years. He passed the way he lived, on his own terms, surrounded by the people he loved, in the the place he loved best.

President Trump tweeted out his condolences,

My deepest sympathies and respect go out to the family of Senator John McCain. Our hearts and prayers are with you!

John McCain was one of America’s most well-known naval and political figures, having served in the U.S. Senate for almost 31 years – since January 1987 – and for being a POW who was tortured by the Communist North Vietnamese in the infamous Hanoi Hilton during the Vietnam War.

Meghan McCain, tweeted out a heartfelt statement about her father,

The cancer, glioblastoma, is the same aggressive form of brain cancer that killed Senator Ted Kennedy in 2009, and Beau Biden, the son of former Vice President Joe Biden, in 2015. 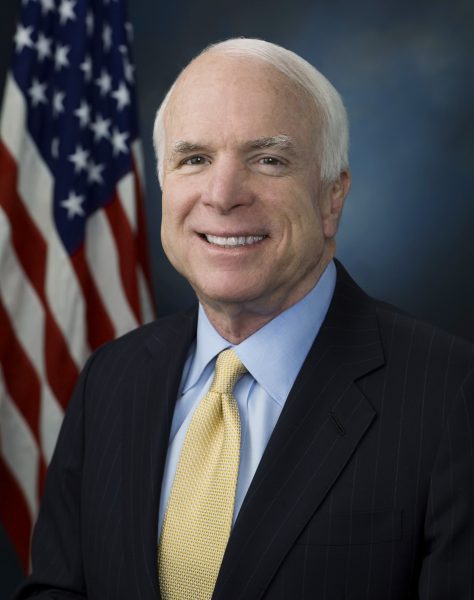 John McCain carried on a long family tradition of serving America in the U.S. Navy. His father and grandfather were both four-star Navy Admirals. 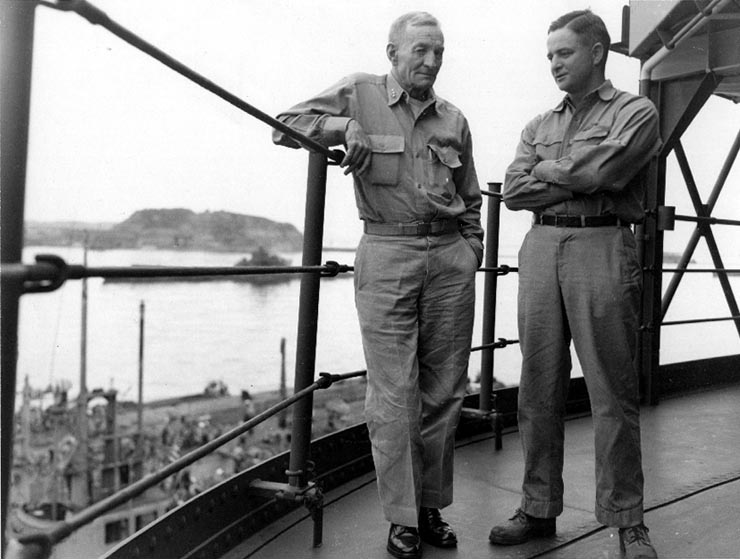 McCain himself graduated from the U.S. Naval Academy in 1958 and then completed flight school in 1960, paving his way to fly in the Vietnam War. 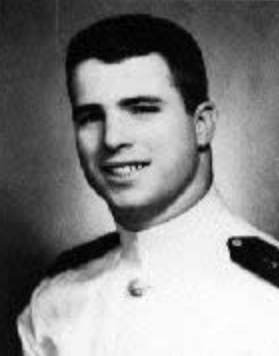 McCain would gradually improve as a pilot and eventually gained a reputation as a good pilot and one who pushed the envelope – a trait many say is needed in pilots.

On Oct. 26, 1967, McCain’s A-4E Skyhawk was shot down by a missile and he was captured during his 23rd bombing mission over Hanoi in Vietnam. McCain broke both arms and a leg when he ejected from the aircraft and almost drowned after he parachuted into Trúc Bạch Lake. Some North Vietnamese pulled him ashore and battered his shoulder with a rifle butt and stabbed him with their bayonets.

The North Vietnamese Communists refused to treat McCain despite him being seriously wounded. They tortured him repeatedly, and he was only given medical care when they learned that his father was a high-ranking admiral.

Eventually McCain’s status as a POW made front page global news, which began the North Vietnamese Communists’ propaganda war with McCain at the center.

However, McCain defiantly refused to play along with the Communists – an act he has been heralded for ever since.

A year after being captured, when McCain was offered early release because his father, John McCain Sr., was named Commander of all U.S. forces in the Vietnam theater, the younger McCain refused.

The Communists hoped that the early release would show the world that the Communists were merciful, and they also wanted to show American service members that prisoners with special connections would take the easy way out.

McCain refused release unless every man captured before him was also released.

Because McCain refused to play along, in August 1968 the North Vietnamese Communists started a special regiment of intense torture on McCain where he was bound, beaten and more, every two hours. Eventually they broke McCain; he attempted suicide but was stopped by the guards. Then McCain eventually wrote an anti-U.S. propaganda “confession.”

He considers this “confession” dishonorable and later wrote: “I had learned what we all learned over there: every man has his breaking point. I had reached mine.”

McCain refused to write or sign any further propaganda and refused to meet with anti-war groups and other propaganda set-ups and was regularly and intensely beaten for the remainder of his captivity because of it.

When McCain was eventually released on March 14, 1973, he had spent five and a half years as a POW being tortured and used as a global propaganda tool. He had spent two years of those years in solitary confinement and he was permanently disfigured, not being able to raise his arms above his head.

Ten years later, in 1983, McCain would run for U.S. Congress. He had retired from the Navy in 1981 after serving for four years as the Navy’s liaison to the U.S. Senate.

He and his second wife, Cindy, moved to Arizona, which is where McCain began his career in politics.

In 1982, he was elected to the U.S. House of Representatives as a Republican for Arizona’s 1st Congressional District. He served two terms and was considered a raising political figure.

Then, in 1986, he was first elected as U.S. Senator from Arizona. When McCain entered the Senate in 1987, he became a member of the Senate Armed Services Committee, which he was still a chair of until his death.

McCain, while generally a conservative, is famously known as a political maverick because is willing to go against traditional Republican orthodoxy on various issues.

In 2000, McCain campaigned as the Republican nominee for President of the United States. While he lost the nomination to George W. Bush, who would later go on to become President, he won re-election in the Senate again in 2001.

Quite famously, the senior Senator from Arizona ran for President again in 2008, with Alaska Gov. Sarah Palin as his running mate. The duo lost to Barack Obama and Joe Biden, who served from 2009 to 2017.

McCain is a political icon who is known for fighting tooth and nail for what he believes in, and he is not easily dissuaded.

In 2008, McCain said: “My principles and my practice and my voting record are very clear. Not only from 2000 but 1998 and 1992 and 1986. And you know, it’s kind of a favorite tactical ploy now that opponents use, of saying the person has changed. Look, none of my principles or values have changed. Have I changed position on some specific issues because of changed circumstances? I would hope so! I would hope so!”

McCain and his wife, Cindy, have four children: Meghan, John Sidney IV (known as “Jack”), James (known as “Jimmy”) and Bridget, who was adopted in 1991.

McCain also has three children – Douglas, Andrew and Sidney; two of whom he adopted – from his first marriage to Carol.