8 wounded in shootings over 8 hours in Chicago

Eight people were shot and wounded over eight hours in Chicago Wednesday, according to police. 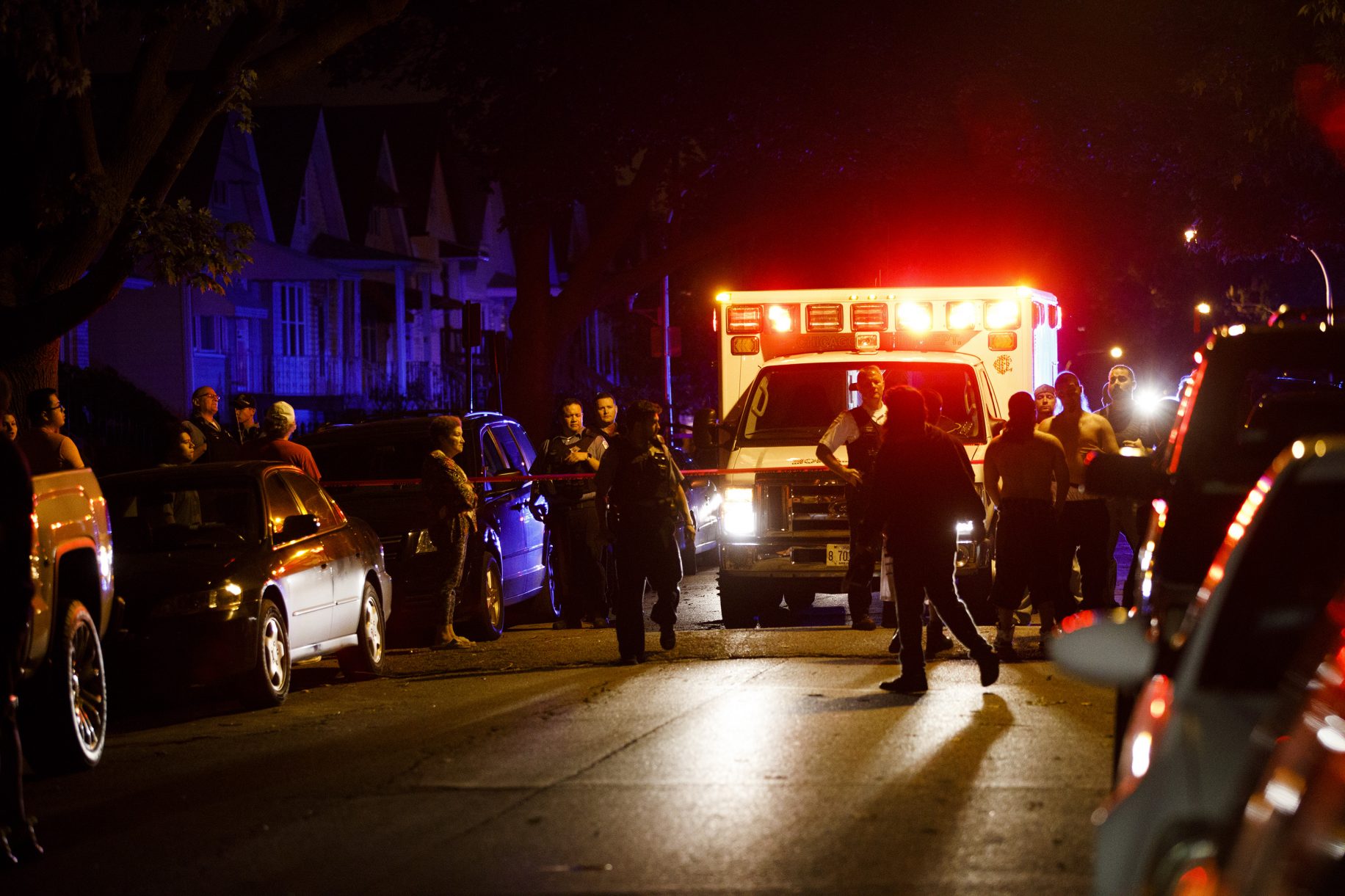 An ambulance sits at the scene where two people were shot on the 4100 block of South Maplewood Avenue Wednesday Aug. 29, 2018 in Chicago. (Armando L. Sanchez/Chicago Tribune/TNS)

— A 25-year-old man was shot in the hand and grazed in the shoulder around 10:15 p.m. in the West Elsdon neighborhood on the Southwest Side. He was driving when a group got out of a black SUV and white sedan and began firing, police said. He was stabilized at Holy Cross Hospital.

— A little more than five minutes earlier on the West Side, a man and a woman were shot around 10:10 p.m. in the South Austin neighborhood. A 29-year-old man standing outside was shot in the hip, forearm and ribs. He was taken to West Suburban Hospital in Oak Park and transferred to Stroger Hospital where he has stabilized. A 39-year-old woman was grazed in the head and was stabilized at West Suburban Hospital.

— A 19-year-old man was shot about 5:40 p.m. in the Lawndale neighborhood on the West Side. He was taken in critical condition to Stroger Hospital with a gunshot wound to the abdomen, police said.

— A 28-year-old man was shot about 4:20 p.m. in the Fuller Park neighborhood on the South Side. He was taken in good condition to University of Chicago Medical Center, police said.

No arrests have been made in any of the shootings.