Trump expressed confidence ahead of the meeting, saying it “may be the easiest of them all.”

The two leaders last met at the Asia-Pacific Economic Cooperation Summit (APEC) in Vietnam in November.

The meeting was said to have lasted under five minutes, during which the two leaders discussed Syria and allegations of Russian meddling in the 2016 U.S. Presidential election, ABC News reported. 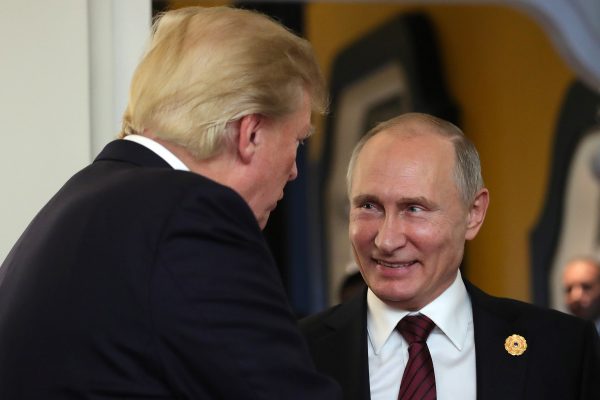 Here is another shot of the two leaders meeting: 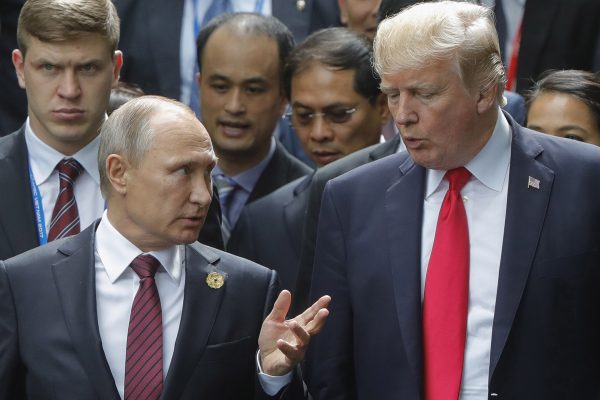 Critics had accused President Trump of “cozying up” to Putin.

“When will all the haters and fools out there realize that having a good relationship with Russia is a good thing, not a bad thing,” he tweeted. “There [sic] always playing politics – bad for our country. I want to solve North Korea, Syria, Ukraine, terrorism, and Russia can greatly help!”

When will all the haters and fools out there realize that having a good relationship with Russia is a good thing, not a bad thing. There always playing politics – bad for our country. I want to solve North Korea, Syria, Ukraine, terrorism, and Russia can greatly help!

Trump said that a relationship with Russia would help resolve the issues of North Korea and Syria.

Prior to APEC, Trump and Putin also met at the G20 Summit in Germany last July.

Their brief greeting at the beginning of the G20 Summit was the first time the two leaders had met face-to-face.

Trump and Putin greet each other during a gathering of leaders ahead of the official start to the G20 summit https://t.co/LKy8teE8mE pic.twitter.com/oSQ5ONXTML

The leaders then met two additional times throughout the summit. 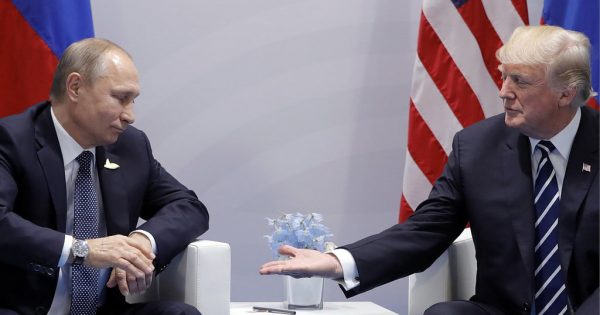 Russian President Vladimir Putin and US President Donald Trump hold a bilateral meeting on the sidelines of the G20 summit in Hamburg. July 7, 2017. (Mikhail Metzel\TASS via Getty Images)

One of the meetings was a private meeting lasting more than two hours, far surpassing the scheduled 30 minutes.

The meeting was said to begin with a discussion of the alleged Russian interference into the 2016 Presidential election, to which Putin vehemently denied the country’s involvement.

The other “meeting” took place at a dinner with other leaders present, which many media outlets attempted to characterize as a secret, undisclosed meeting.

Reporters recently asked Trump if he views Putin as a friend or foe.

It’s unclear how the Trump-Putin summit in Helsinki will be impacted following the indictment of 12 Russian military officers for hacking Democrat computers during the 2016 election.