Trump recently met with Boeing CEO Dennis Muilenburg in February to discuss a $4 billion deal for “replacement 747s to use as Air Force One,” Axios reported Thursday in an exclusive scoop.

In the deal, Trump specified a redesigned paint job – believed to include red, white and blue – that would replace the current 55-year-old design.

He reportedly said he wanted a design that “looks more American” and that would better represent the United States.

He desires a color different from the current “luminous ultramarine blue” that he referred to as a “Jackie Kennedy color.” 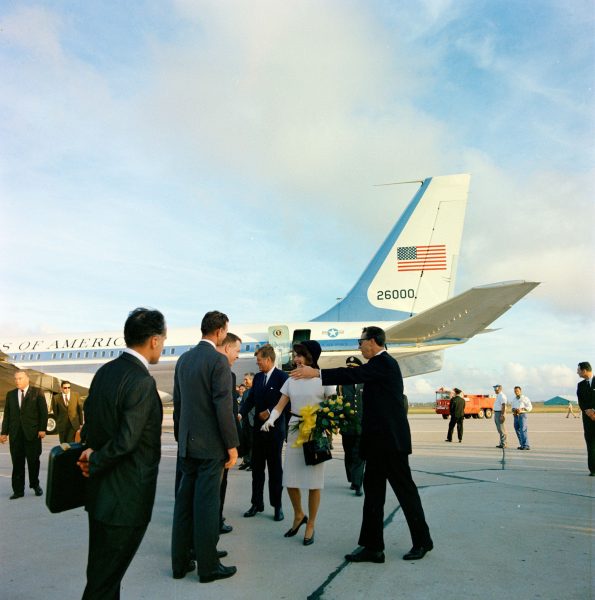 JFK and Jacqueline Kennedy arrive in Houston on Nov. 21, 1963, less than a day before his assassination. (Michael Beschloss collection/John F. Kennedy Presidential Library)

The current blue and white design was implemented by President John F. Kennedy and First Lady Jackie Kennedy in 1962.

The Kennedys worked with French-born designer Raymond Loewy to implement a design that incorporated the President’s preferred blue, and the Caslon typeface from the Declaration of Independence.

The Kennedy’s redesign came after the initial Boeing C-137 Stratoliner ordered for the President came with a “gaudy” red-orange design. 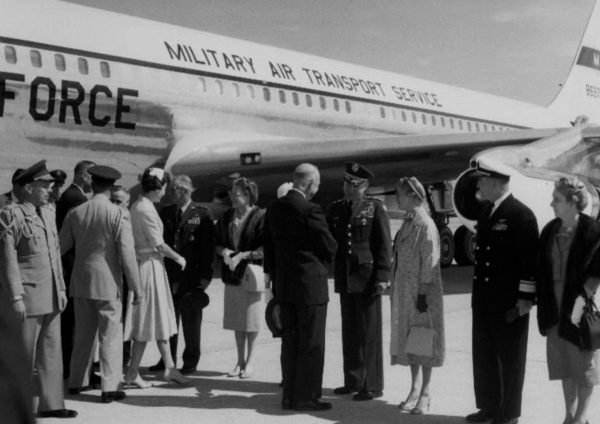 The Air Force has expressed concerns with Trump’s proposed changes, and pointed out that the current design is “known around the world.”

Presidential historian Michael Beschloss questioned the decision: “Why would anyone want to discard an Air Force One design that evokes more than a half-century of American history?”

“Every time you see that blue trim and the words ‘UNITED STATES OF AMERICA’ spelled out in that same typeface as an early version of the Declaration of Independence, it brings back JFK landing in Germany to speak at the Berlin Wall, Richard Nixon flying to China, Ronald Reagan stepping off the plane to see Gorbachev in Iceland and a thousand other scenes of Presidents in our past,” Beschloss said.

“Anyone who doubts how strongly Americans feel about the way Air Force One looks should go to the Reagan Library in California and see how many people go there to look at the plane that Ronald Reagan flew on while he was President,” he concluded. 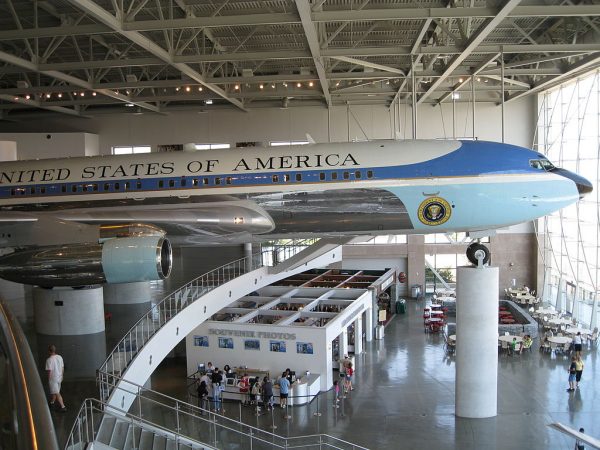 Trump also requested an improved Presidential bed aboard Air Force One. He wanted the bed to be larger and more luxurious, similar to that of his personal Boeing 757 that he used during the campaign.

However, it will take several years to convert the two 747s to become Air Force One replacements.

The planes won’t be ready before the end of Trump’s term, meaning he won’t be able to use them unless he is re-elected.

Navy to allow ponytails, dreadlocks and other hairstyles for female sailors

McCain joins father and grandfather on ship's list of namesakes