Russia foots huge bill to host World Cup, but what you see might not be what you get

A screen on Wednesday, June 13, 2018 shows Canada, Mexico and the United States winning the joint bid to host the 2026 football World Cup in Moscow, Russia. They were selected over a rival bid from Morocco in a vote at the 68th FIFA Congress. (Cao Can/Xinhua/Zuma Press/TNS)
June 14, 2018 Sabra Ayres - Los Angeles Times and Kevin Baxter - Los Angeles Times
Share
Tweet
Flip

The capital of the world’s first communist country has become a study in contradictions on the eve of Eastern Europe’s first World Cup. 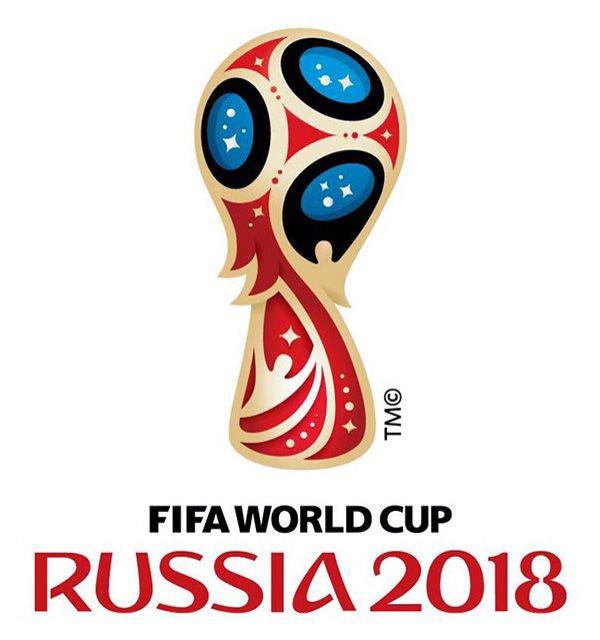 The World Cup begins this week in Russia. (FIFA)

In Theatre Square, across the street from the Bolshoi Ballet, a granite statue of a stern-faced Karl Marx is now flanked by bright red, white and blue banners greeting visitors in two languages.

A few miles away, in a courtyard fronting Luzhniki Stadium — site of both the tournament’s opening game and the final — a massive likeness of Vladimir Lenin in a winter overcoat rises from behind a souvenir venue, ostensibly standing watch over the kind of consumerism the real-life Lenin led a revolution to repel.

Neither Marx nor Lenin lived long enough to see the first World Cup in 1930 but they’ve become part of the welcoming ceremony for the latest one, which kicks off Thursday with Russia playing Saudi Arabia.

And that’s just the opening act of a 31-day, 64-game party to which the U.S. wasn’t invited after failing to qualify for the first time since 1986. That’s too bad for the U.S. because it’s going to be a swanky event, one that will feature an estimated 600,000 guests and cost Russia more than $11 billion to run.

Expect that number to rise, though. Since the country won the right to host the tournament in 2010, the official budget has been amended 12 times.

“We spent a lot of money,” Russian President Vladimir Putin agreed during his annual call-in show last week. “We need to make sure that all this infrastructure works first and foremost for the development of sport.”

The country might have brought more than that in Moscow, where anticipation for the tournament is growing. New planters in the shape of soccer balls dot roads around the capital and in the dank underground passageways leading to the Metro, small kiosks are tightly packed with everything from souvenir soccer balls, scarves and commemorative plates to shot glasses, coffee mugs and nesting dolls.

Brightly painted information booths staffed by volunteers fluent in several languages began to pop up outside subway stations Tuesday while, inside, new signage offers directions in Russian and English. The security presence is also heavy in the train stations and airports, where metal detectors block many entrances and armed police officers roam the platforms in teams.

The World Cup is the second major international competition Russia has hosted in the last four years, following the 2014 Winter Olympics in Sochi. That cost a reported $55 billion, making it the most expensive sporting event in history.

At least Russia excelled in the Olympics, taking home 29 medals. The country’s soccer team hasn’t won a game since October and enters the World Cup ranked No. 70 in the world. Only South Africa in 2010 entered the World Cup it organized with a worse ranking and became the first host to be bounced in the first round.

Russia is likely to become the second.

But Svetlana Naumova doesn’t care. The world is coming to Russia to watch soccer no matter who is playing, and she’s happy to meet it. The tournament, she believes, can both change ordinary Russians and the way they are viewed by outsiders, helping bring the country out of its long isolation.

“Russians are a bit moody and depressed, you see. We don’t smile much,” said Naumova, dressed in a red FIFA volunteer shirt, as she greeted arriving fans at Sheremetovo Airport. “It’s nice to see so many foreigners happy about coming to Russia.

“We have a bad image in Europe, so I hope that they will see that we have a great country, and many friendly and nice people.”

Softening Russia’s image abroad is one reason, critics say, the Putin government spent so lavishly on the Sochi Olympics and World Cup.

And Moscow couldn’t wait to get the latest party started, with a crowd of 25,000 gathering for the opening day of the city’s World Cup Fan Fest last Sunday. Among those on hand was Zabivaka, the World Cup mascot, which is an anthropomorphic wolf with brown and white fur and a T-shirt with the words “RUSSIA 2018” printed on the front.

“The excitement is already immense and will only increase over the next few days,” said Marcel Desailly, a retired French star who played on the 1998 World Cup-winning team. “Having seen this, we can already say that Russia has got off on the right foot.”

“I am very proud that our country will host the 2018 FIFA World Cup,” he said.

But Moscow isn’t the only World Cup city. The tournament will spread across the world’s largest country, stretching from the cultural capital of St. Petersburg in the north to Sochi (1,100 miles south on the Black Sea), and west to Kaliningrad on the Baltic to Yekaterinburg (nearly 1,600 miles east on the Europe-Asia border).

Eleven cities will be involved, including the formerly “closed cities” of Nizhny Novgorod and Samara on the banks of the Volga River and Volgograd, formerly Stalingrad, where Hitler’s army was stopped in the epic siege that turned the tide of World War II.

The soccer will be epic as well.

Germany will be going for a second consecutive title, something no team has managed since Brazil in 1962. Argentina’s Lionel Messi and Portugal’s Cristiano Ronaldo will be seeking the one crown that has eluded them, and the final jewel each needs to assure their legacy as the finest player of a generation.

Panama and tiny Iceland will each make their World Cup debuts. With a population of 350,000, Iceland is the smallest nation to play in a World Cup.

Brazil, which failed to win a record sixth title at home four years ago, traveled 7,200 miles to this World Cup, landing in Russia among the favorites.

Brazilian fan Eduardo Kombi made the long trip, too, and couldn’t wait to make his presence felt in the Russian capital. Draped in a Brazilian flag and carrying a fake World Cup trophy, Kombi stood on the edge of Red Square under gray skies with two friends. The group arrived the night before for their second World Cup and were already enjoying themselves.

“Russia — OK!” Kombi offered excitedly in broken English. “People are friendly, but the weather is strange.”

He then let out a loud honk on a plastic green and yellow vuvuzela, the horn made famous in the South African games in 2010.

Germany, Spain, Belgium, France and Argentina all are also expected to contend for a spot in the final. Mexico, meanwhile, will make history if it can just get to the quarterfinals. El Tri has been eliminated from the last six World Cups in the Round of 16.

And while the U.S. team isn’t here, American fans are. Of the 2.5 million tickets allocated worldwide, only Russia bought more than the U.S., where nearly 90,000 tickets have been sold. But that’s less than half the amount U.S. fans bought last time when they had a team in the tournament.

More than 60,000 tickets were sold this year in Brazil, Colombia, Germany and Mexico.

But if the World Cup is a party, it’s one that could end badly. The government, fearing the kind of violence that marred the 2016 Euros in France, has cracked down on the Russian hooligans who had started it. And physical violence is only one concern inside the stadium, where incidents of racism and homophobia are on the rise in Russian soccer.

According to research by the London-based Fare Network and Moscow’s Sova Center, the prevalence of neo-Nazi songs and monkey chants aimed at visiting black players more than doubled over the last two seasons in Russia, where homophobia has been codified into law.

Maria Alyokhina, a member of the anti-Putin punk band Pussy Riot, told Newsweek that fans visiting Russia for the soccer tournament shouldn’t be fooled by a few colorful banners and a cartoon wolf mascot.

“The World Cup will be a celebration of Putin’s eternal empire of the security services,” she said. “People who come should realize that they are coming to a country where people are beaten at protests, tortured in jail and in police stations, and where there are very many political prisoners.”

There are threats from outside Russia, too, with security analysts fearing the World Cup presents a rich target for terrorists. The country has been hit several times before, most recently in May when an ISIS militant wounded three police officers during a shootout in Nizhny Novgorod.

For the players and fans, however, the focus will be on the field. For both groups this summer’s World Cup is more than a soccer tournament. It’s a dream.

“Obviously that’s what every player works for,” Mexican defender Edson Alvarez said in Spanish. “To go to the World Cup.”