Op-Ed: The top 10 entertainers who served in the US Military

The era when entertainers felt the need to serve their country is gone. It still happens occasionally (actor Adam Driver, who plays Kylo Ren, was a Marine). But not too long ago it was a given prospect that every American’s duty was to wear a uniform when the country called.

Mathematically it stands to reason that with millions of Americans answering the call to arms during the conflicts of the Twentieth Century, a few of them would go on to achieve fame and fortune after being discharged.

In alphabetical order, here are ten of the biggest names in entertainment who had their roots in the military.

Tony Bennett – The legendary crooner from New York with 20 Grammy awards to his name was drafted into the Infantry in November 1944 and fought his way across France and Germany with the 63rd Infantry Division, narrowly escaping death more than once. After Germany’s surrender, Bennett was transferred to the 314th Army Special Services Band where he would pick up signing, but never pick up a gun again as the war made him a pacifist.

Bill Cosby – Whatever your stance is on the controversial Cliff Huxtable, Cosby is a veteran who became one of the biggest comedians of all time. He enlisted in the Navy as a hospital corpsman in 1956 and served at the Marine Corps Base Quantico in Virginia; Naval Station Argentia in Newfoundland, Canada; and at the National Naval Medical Center in Maryland. Cosby worked in physical therapy with Navy and Marine Corps personnel who were injured during the Korean War until his discharge in 1961. 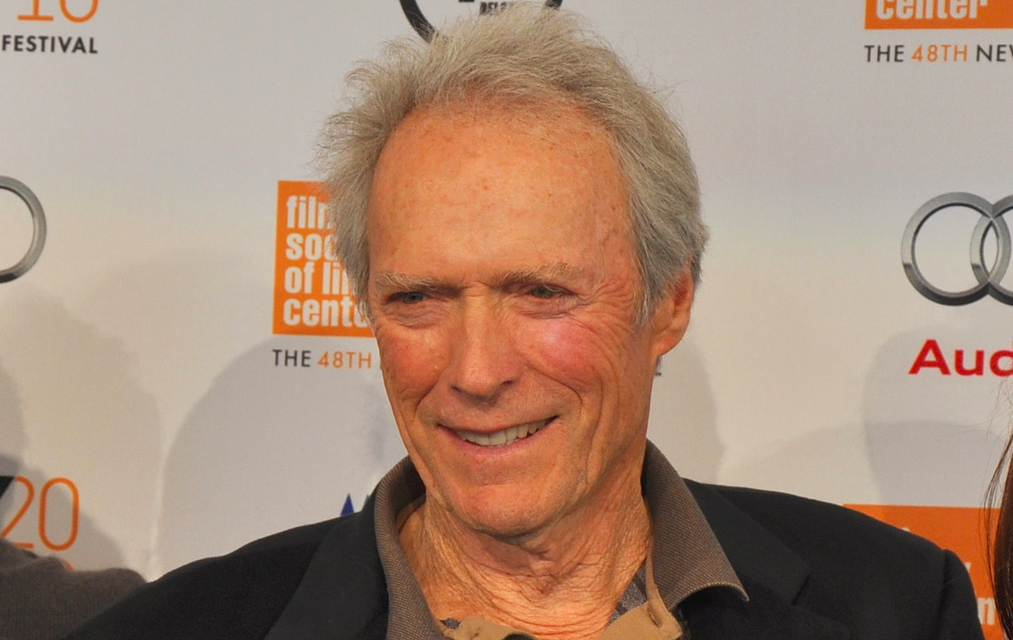 Clint Eastwood – Eastwood was drafted into the Army in 1951 and believe it or not, Dirty Harry was a lifeguard at Fort Ord in northern California for his entire 3-year stint. However, it was during his time at Fort Ord that he would meet the key contact who would get him into acting, Chuck Hill. 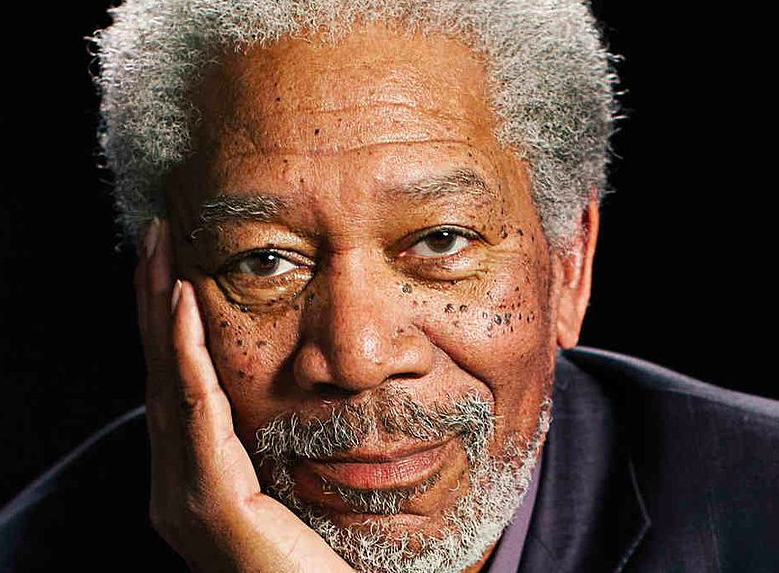 Morgan Freeman – Freeman grew up enchanted by war movies with planes, so after graduating from high school in 1955, he turned down a partial drama scholarship from Jackson State University to enlist in the United States Air Force. But instead of flying a plane, he flew a desk and served as an Automatic Tracking Radar Repairman, rising to the rank of Airman 1st Class before mustering out and going into acting.

Gene Hackman – Hackman left home at age 16 and lied about his age to enlist in the United States Marine Corps where he served four and a half years as a Field Radio Operator (though it has been cited that he was a Broadcast Journalist, as well). He was stationed in China (Qingdao and later in Shanghai), but when the Communist Revolution conquered the mainland in 1949, Hackman was assigned to Hawaii and Japan, and was discharged in 1951.

Ice-T – Yes, it’s true. Tracy “Ice-T” Marrow did a 4-year stint with the Army’s 25th Infantry Division at Schofield Barracks in Hawaii from 1975 to 1979. In those days, prostitution was not a heavily prosecuted crime in Hawaii, so while serving as a squad leader, Ice-T moonlighted as a pimp and made enough money to buy cheap turntables, a mixer and large speakers that launched his rap career.

James Earl Jones – Darth Vader was a Ranger! Well, maybe. Jones was commissioned in mid-1953 and reported to Fort Benning, Georgia, to attend the Infantry Officers Basic Course. Reportedly he attended Ranger School and received his Ranger Tab, but during an interview on the BBC’s The One Show, he admitted he “washed out” of Ranger training. Jones’ career consisted of a cold weather training command at the former Camp Hale near Leadville, Colorado, where his battalion was a training unit in the rugged terrain of the Rocky Mountains. Jones was promoted to first lieutenant prior to his discharge in 1957.

Kris Kristofferson – The Me and Bobby McGee songwriter was the son of an Air Force Major General who pushed him hard to join the military, which he did and ultimately achieved the rank of Captain in the Army. Not only that, Kristofferson was a helicopter pilot and Ranger. During the early 1960s, he was stationed in West Germany as a member of the 8th Infantry Division where he pursued music and formed a band. In 1965 Kristofferson was given an assignment to teach English literature at West Point, but he decided to leave the Army and pursue songwriting instead. 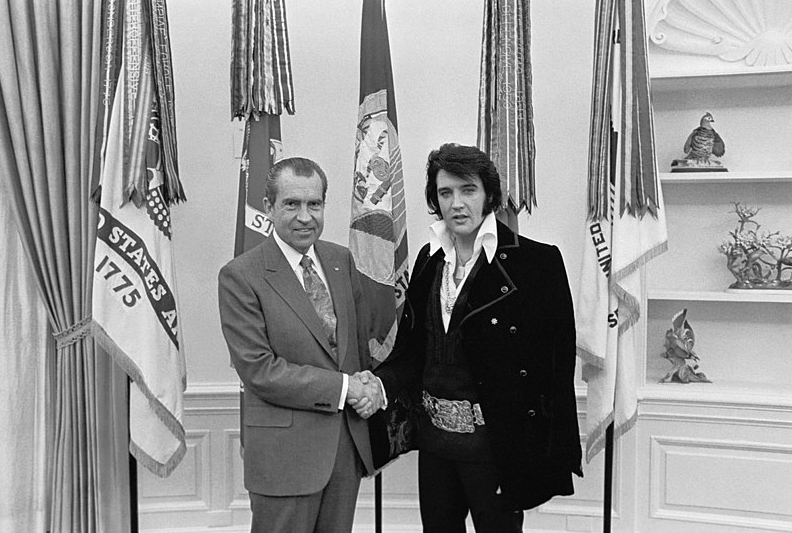 Elvis Presley – Most people know by now that the King of Rock ‘n Roll was in the military, but Presley was also a tanker and a “Soldiering son of a bitch” by many accounts. Presley entered the United States Army in Memphis, Tennessee, in March, 1958. For the next two years, he belonged to Company A, 2d Medium Tank Battalion, 37th Armor, stationed at Fort Hood, Texas, where he completed basic and advanced military training. The King was then stationed in Germany from October 1958 until March 1960 as a member of the 1st Medium Tank Battalion, 32d Armor Regiment. For the first five days of that period, he belonged to Company D of the battalion, and thereafter to the battalion’s Headquarters Company at Friedberg. Presley left active duty at Fort Dix, New Jersey, in March 1960, and received his discharge from the Army Reserve in March 1964. 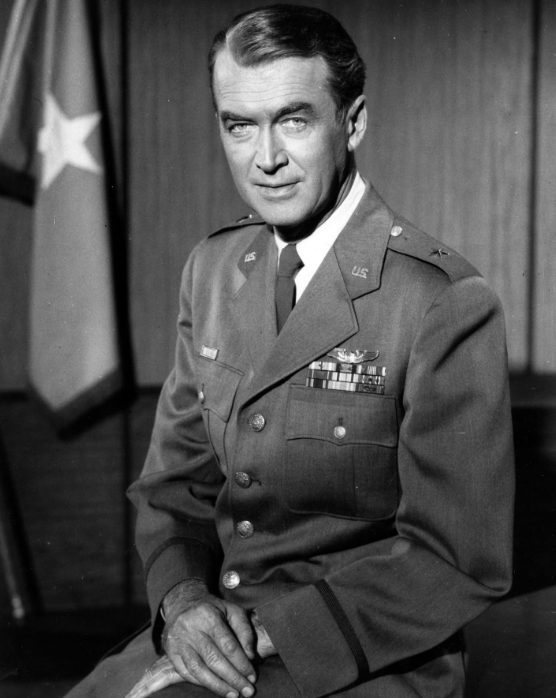 Jimmy Stewart – Of all the people on this list, Stewart’s military career is easily the most distinguished. As a successful actor in 1935, Stewart was able to afford flying lessons. He received his civilian pilot’s license in 1935, bought his first airplane in 1936 and obtained his commercial pilot’s license in 1938. He often flew cross-country to visit his parents in Pennsylvania, navigating by the railroad tracks; so it made sense that he should fly in the military when he was drafted in 1941. But when he showed up for duty, the 6-foot-3 Stewart weighed 5 pounds under the acceptable weight limit and was turned down for service. Undaunted, Stewart went home, ate everything he could and eventually was allowed to enlist in the Army Air Corps. In March 1941 he reported for duty as a Private and was assigned to the Army Air Corps at Moffett Field. In January 1942, Stewart was commissioned a 2nd Lieutenant and sent to Mather Field in California as a heavy bomber instructor. In November 1943 he arrived in Tibenham, England, as a Captain and Operations Officer for the 703rd Bomb Squadron, 445th Bombardment Group of the Eighth Air Force, but was transferred to the 453rd Bombardment Group at Old Buckenham in March 1944. Stewart flew as lead pilot in B-24 Liberators during 20 combat missions over enemy territory, including raids deep into Germany. His missions included bombing raids to Berlin, Brunswick, Bremen, Frankfurt and Schweinfurt. He was awarded the Distinguished Flying Cross with two Oak Leaf Clusters, the Air Medal with three Oak Leaf Clusters and the French Croix de Guerre with Palm. By the end of the war, he had risen to the rank of Colonel, and after the war he remained with the U.S. Air Force Reserves and was eventually promoted to Brigadier General in 1959. In 1966, he participated in a bombing strike in Vietnam, as an observer on a B-52 Bomber. He retired from the Air Force in 1968 and received the Distinguished Service Medal and ultimately, the Presidential Medal of Freedom.

Kelly Crigger is a retired Army Officer with over 200 articles and 8 books to his credit. ‘Dark World,’ a collaboration with The Travel Channel’s Zak Bagans, reached the New York Times Bestseller list in 2011. His first novel was released in November 2016.