A shirtless man wearing boxer shorts shut down the southbound 110 Freeway in downtown Los Angeles during the morning commute Wednesday after he scaled an exit sign, unfurled political banners and began vaping, dancing and shouting from a bullhorn.

The spectacle created a massive traffic jam that paralyzed much of downtown as police officers and firefighters scaled the sign in an attempt to remove the man. 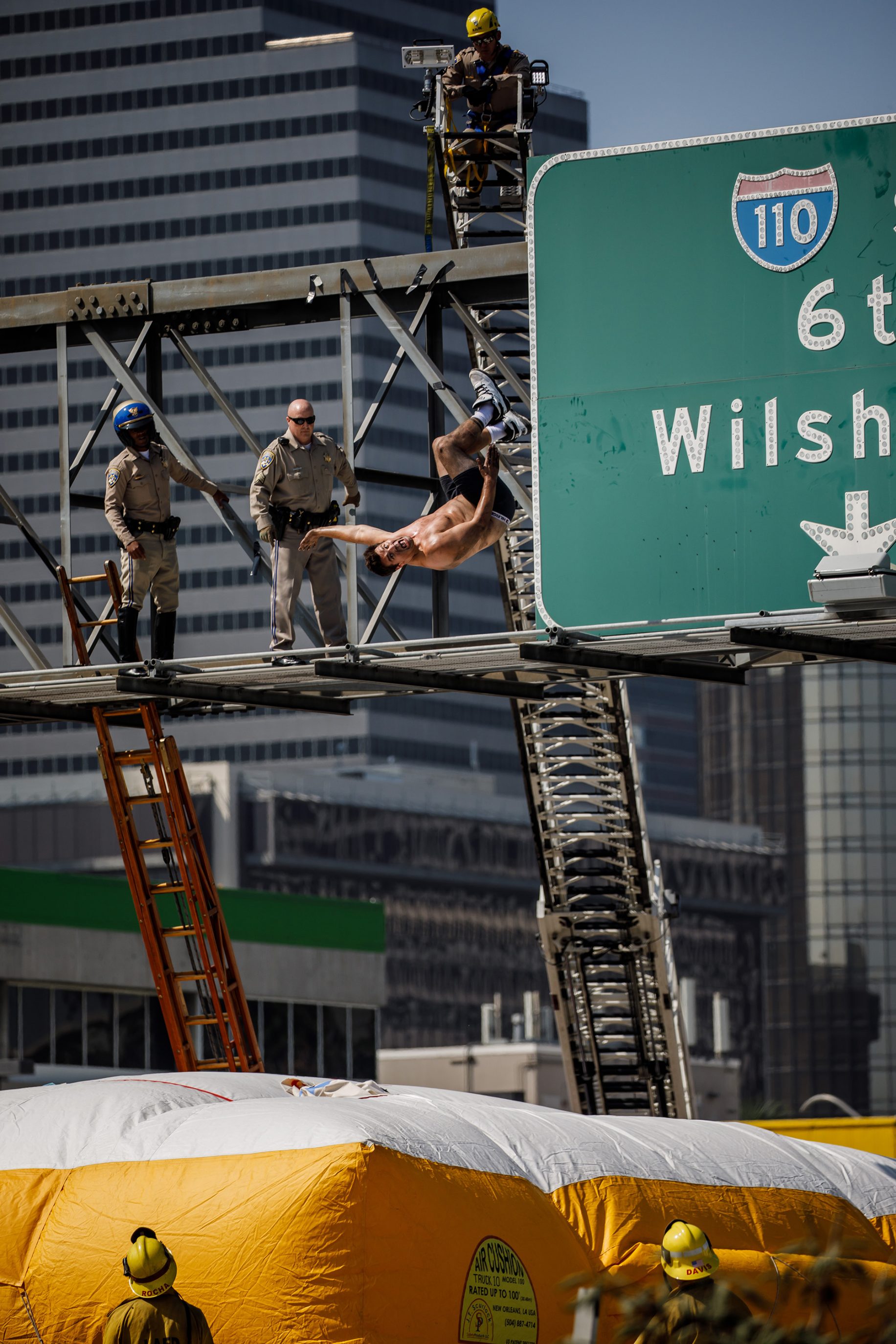 Firefighters and California Highway Patrol officers watch as the shirtless man wearing boxer shorts who shut down the southbound 110 Freeway makes a backflip as he jumps onto a massive inflatable cushion on the freeway in downtown Los Angeles, Calif., on Wednesday, June 27, 2018. (Marcus Yam/Los Angeles Times/TNS)

The California Highway Patrol began receiving reports about the man just after 8 a.m., said Officer Dion Conley. Callers reported the man was hanging banners, while others questioned whether he was suicidal.

“Fight pollution not each other,” one of the banners read.

Another stated: “Give a hoot, don’t pollute.” A third banner with graffiti-style writing simply had a name painted across it: Dephree.

The man scaled the exit sign for 6th Street, Wilshire Boulevard and downtown 4th Street. All southbound lanes on the 110 freeway leading into downtown were closed by 9:30 a.m.

Witnesses said the man was alternating between yelling about himself, love and God or freestyle rapping. He also took breaks and would sit down and take puffs from a vaporizer.

Los Angeles firefighters placed two enormous inflatable mattresses beneath the freeway sign and extended fire ladders toward the structure as police closed the freeway at 2nd Street. CHP motorcycle officers scaled the exit sign in an apparent attempt to remove the man, but he climbed to the very top of the traffic sign and struck poses for bystanders and appeared to taunt authorities.