Kim Jong Un has touched down in Singapore, and he has been spotted taking a selfie with Singapore’s foreign minister, Vivian Balakrishnan. 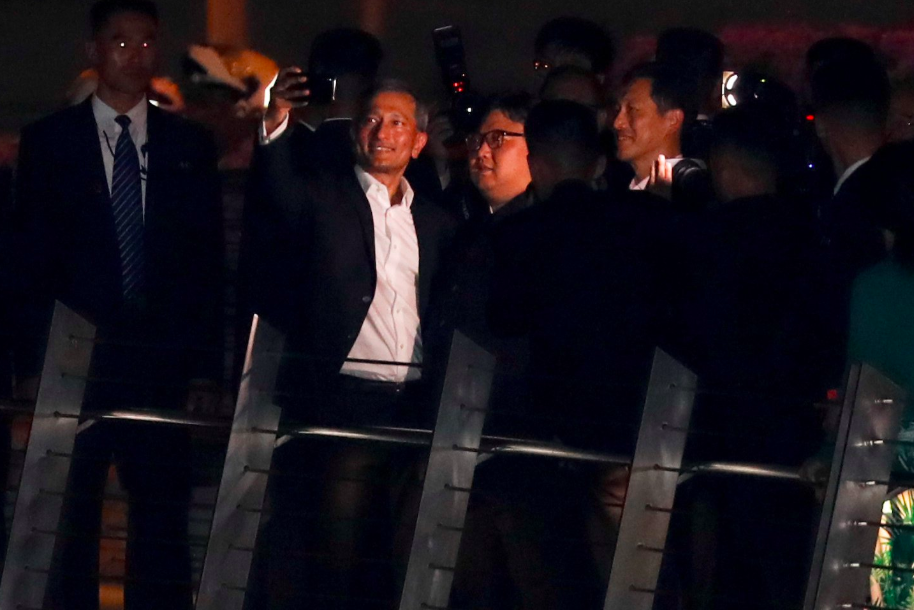 Ankit Panda, senior editor for The Diplomat, posted the photo to Twitter on Monday.

Kim landed in Singapore over the weekend and has been heavily guarded. Photos of him or with him have been extremely limited, if at all.

His bodyguards have reportedly asked people to delete any photos they might have taken of Kim on their phones.

Reports say the North Korean dictator has been walking around rather relaxed, all things considered.

Both Kim and President Donald Trump arrived in Singapore and are preparing for their first meeting, which is slated to take place 9 p.m. EST on Monday, or Tuesday morning local time in Singapore.