Harley-Davidson has promised to add an electric motorcycle to its lineup, perhaps as early as 2020. The company unveiled this prototype of the electric Harley LiveWire in 2014. (Don Bartletti/Los Angeles Times/TNS)
June 25, 2018 Anthony Palazzo - Bloomberg News
Share
Tweet
Flip

Harley-Davidson plans to shift some production of its motorcycles overseas in response to retaliatory European Union tariffs.

Each motorcycle will cost an average of $2,200 extra after the European Union last week raised its tariff on imported U.S. bikes to 31 percent from 6 percent, the Milwaukee-based manufacturer said Monday in a regulatory filing. That’s expected to add up to a burden of $90 million to $100 million annually, which Harley-Davidson will absorb rather than pass extra costs on to customers. 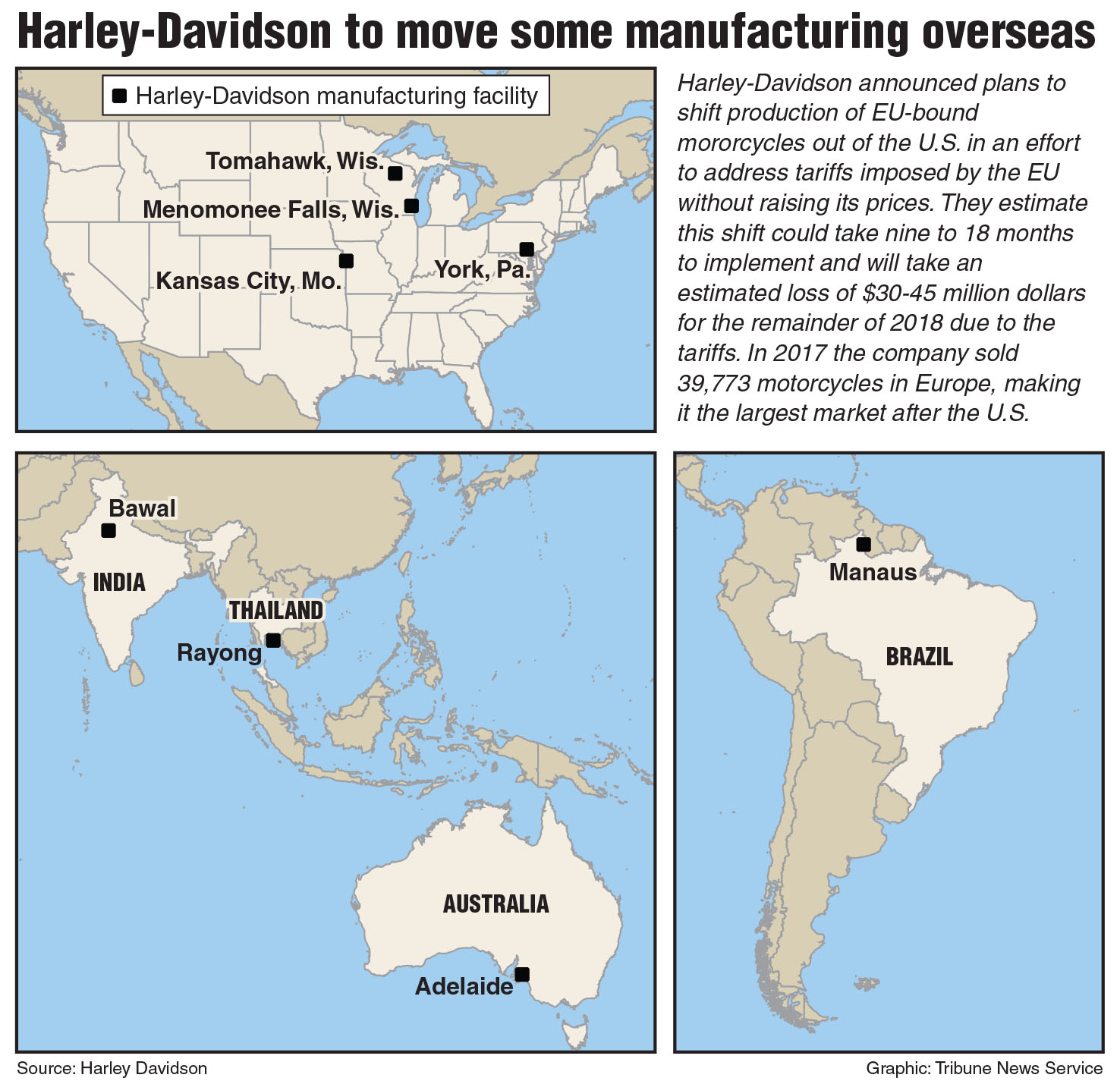 In the meantime, it’s planning to increase production in international plants over the next 18 months. While it’s committed to making motorcycles in the U.S., it has no other choice in a market where it sold almost 40,000 bikes last year, the company said. Besides its U.S. plants, Harley-Davidson has plants in Australia, Brazil, India and Thailand, according to its website.

“Increasing international production to alleviate the EU tariff burden is not the company’s preference, but represents the only sustainable option to make its motorcycles accessible to customers in the EU and maintain a viable business in Europe,” the company said.