“I gave him a very direct number. He can now call me if he has difficulty. I can call him. We have communication. That’s a very good thing,” Trump said.

“We now have a very good relationship with North Korea,” Trump also said.

President Trump says he has a “very good” relationship with Kim Jong Un: “I gave him a very direct number. He can now call me if he has difficulties. I can call him. We have communication. That’s a good thing.” https://t.co/iDFgMpAMgu pic.twitter.com/5Ktx2DQJtq

Trump and Kim met this week in Singapore. 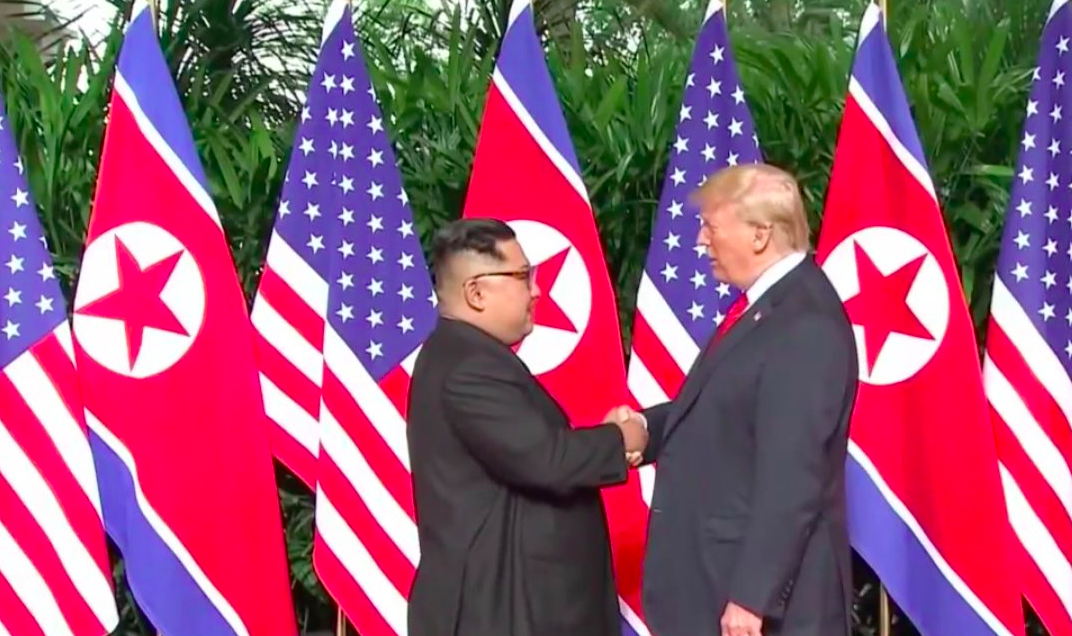 After their historic first meeting, Trump and Kim signed a Declaration of Friendship that, among other things, calls for the eventual denuclearization of the Korean Peninsula. North Korea also agreed to shut down one of its nuclear weapons testing sites.

President Trump announced Tuesday that the United States will end its “war games” with South Korea, this after a much-anticipated meeting with North Korean dictator Kim Jong Un in Singapore – the first time a sitting U.S. President has met with a North Korean leader.

Trump “made very clear” the conditions for his actions, Pompeo said Wednesday, adding that the freeze “will no longer be in effect” if North Korea’s good-faith talks cease, and that Trump was “unambiguous” in communicating this to Kim Jong Un.

The “war games” are held annually with South Korea, and North Korea has often seen the military drills as practice for invasion of its country and war; the drills are a point of contention, and North Korea has lashed out in the past when drills take place. Last year, when North Korea was threatening to bomb Guam, the drills – and the rhetoric between the two nations – ramped up.

In a statement signed by both Trump and Kim during the historic summit in Singapore, the two countries agreed to the “immediate repatriation” of those fallen service members who are already identified.

Roughly 7,800 Americans remain unaccounted for from the 1950-1953 war. The Korean military conflict technically lasted from 1950 to 1953 but was ended with a truce, not a peace treaty.

Of those 7,800 Americans, 5,300 are believed to have been lost in battles in North Korea or prisoner-of-war camps.

South Korean President Moon Jae-in said just a few days before the summit that talks about returning the remains of the missing Americans and South Koreans from the war was a top priority of the summit.

Past efforts to recover U.S. war remains in North Korea ended abruptly more than a decade ago because of North Korea’s nuclear development and lack of guaranteeing the safety of American recovery teams sent into the country.

Earlier this year, the leaders of North and South Korea signed an agreement to officially end the Korean War after 65 years, which will be declared later this year, and to work to denuclearize and establish a nuclear-free Korean Peninsula.

North Korean leader Kim Jong Un and South Korean President Moon Jae-in met in the Demilitarized Zone, in Panmunjom, and signed the “Panmunjom Declaration for Peace, Prosperity and Unification on the Korean Peninsula.”