On June 22, Julien’s Auctions in Las Vegas at Planet Hollywood Resort and Casino will host a two-day Hollywood Legends auction event, honoring the life and career of legendary Jerry Lewis, the late “King of Comedy.”

His firearm collection will be on the auction block, which includes Lewis’ Las Vegas Metro-issued concealed carry permit, at least eight Beretta semi-auto handguns – mostly Model 92s, a pair of Smith & Wesson 3913 compacts, a Colt Agent and at least 16 Smith & Wesson snub nose J-frame .38s, according to the auction site. 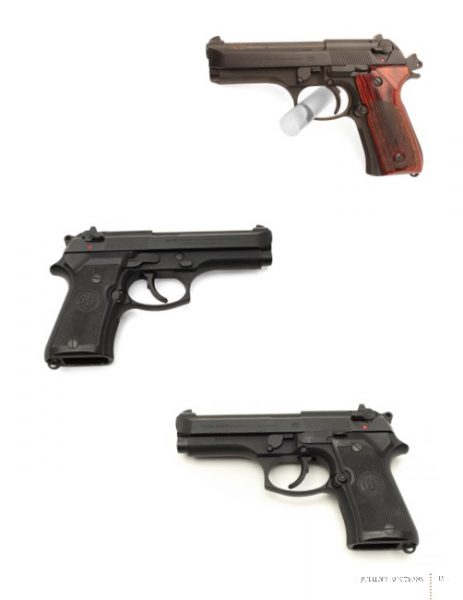 Lewis also had a number of shotguns, to include Mossberg, Remingtons and Winchesters, across several different gauges ranging from a trio of pistol grip Model 500s, two Defender riot guns and an immaculate Remy 1100LT with high-gloss walnut furniture, to a $20,000 silver inlaid John Rigby SXS.

Expect to find several classic guns such as a Browning Hi-Power and Colt SAAs. 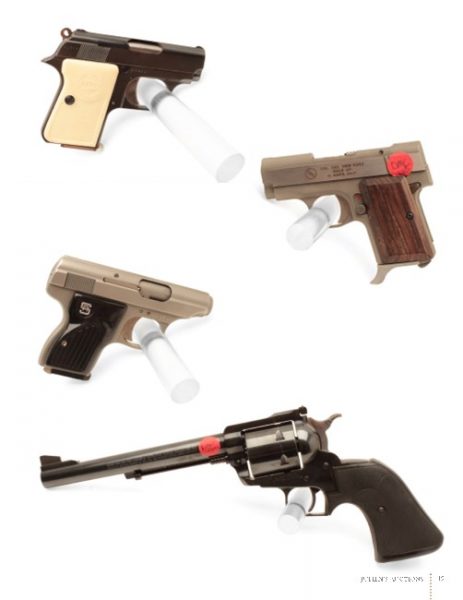 Some of Jerry Lewis’ guns that are up for auction on June 22. (Julien’s Auctions)

The auction will present other property from the estate of Jerry Lewis, including his 18K yellow gold Cartier watch from the Baignoire collection, circa late 1960s to early 1970s – its estimated value is between $25,000 and $35,000.

Other watches owned by the legend include an 18K yellow gold Patek Philippe pocket watch gifted to Lewis from the ABC Television Network engineering crew, with an estimated value between $10,000 and $15,000; an 18K yellow gold Patek Philippe given to him by Sammy Davis, Jr. that is engraved on the back – “To Jerry From Sammy Jr.” – with an estimated value between $6,000 and $8,000; and a 14K yellow gold Le Coultre watch given to him by Dean Martin and inscribed “Jerry My Buddy/and Pal/I Love You/Dino,” its value estimated between $4,000 and $6,000.

Also up for auction is a 14K yellow gold cigarette case topped with a high-relief image of Carmen Miranda with the engraved initials “J.L.” – it is valued between $2,000 and $4,000; a 14K yellow gold lighter with a high-relief caricature of Lewis in his clown make-up, estimated between $1,500 and $3,000; and Lewis’s wardrobe and props from “The Nutty Professor,” including a trio of vintage prop black frames and reading glasses in the style Lewis wears in his film, with painted eyeballs on the lenses; they are valued between $2,000 and $4,000.

North Korea to hand over up to 200 US troops' remains, report says