US should be ‘more considerate’ of North Korea, South Korea says

South Korean President Moon Jae-In, right, and North Korean leader Kim Jong-Un before their inter-Korean summit at the Peace House at the south side of the truce village of Panmunjom in the demilitarized zone (DMZ) separating the two Koreas in Paju, north of Seoul, South Korea, on April 27, 2018. (Inter-Korean Summit Press Corps/AFLO/Zuma Press/TNS)
May 19, 2018 Wade Bennett
Share
Tweet
Flip

The South Korean government on Thursday expressed its desire for the U.S. to be “more considerate” of the issues raised by North Korea in the future, NK News reported.

The comments were made during the South’s National Security Council and came just one day after North Korea threatened to cancel the upcoming summit with the U.S. 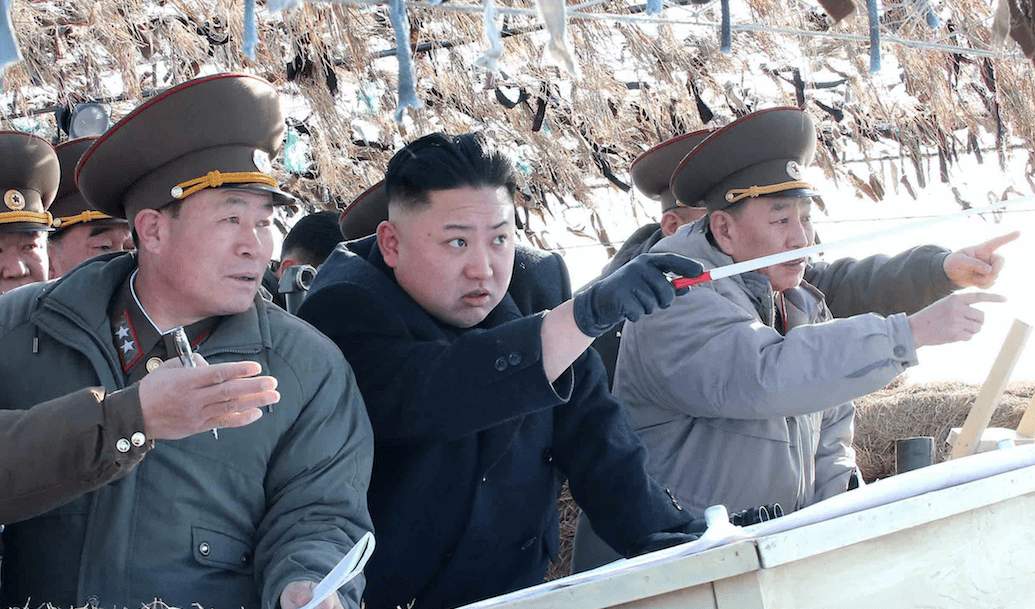 A statement issued by the Blue House – the official residence of South Korean heads of state – following the meeting read:“The members of the standing committee [have] decided to closely coordinate the positions through various channels between the ROK (Republic of Korea) and the U.S., as well as the South and the North, so that [the] upcoming North Korea-U.S. summit can be proceeded successfully based on the spirit of mutual respect.”

A senior official at the Blue House later confirmed that meeting participants agreed that “the U.S. and North Korea should put themselves in the other’s shoes.”

“It appears that there has been a difference between their positions as North Korea and the U.S. proceed with the meeting,” the official told media at a closed-door briefing following the NSC meeting. “This means there should be an attitude and stance of understanding the situation from the other side to resolve the issue.”

On the topic of whether South Korea believed the Trump Administration should be more tolerant about North Korea’s demands, the official agreed.

“It means it would be better if [the U.S.] was more considerate of the issues raised by North Korea,” the official said, stressing that Seoul expected this attitude to be reciprocal.

The historic U.S.-North Korea summit, scheduled for June 12 in Singapore, was on the brink of cancellation following joint U.S. and South Korea military drills that allegedly upset Kim Jong Un.

North Korea cancelled an upcoming summit with the South over the drills, and threatened to do the same with the U.S.

However, South Korea reaffirmed that at the present time, the summit still has the green light.

“We believe that there is no major change in the North’s stance on holding dialogue,” the South Korean presidential office said in its statement.

South Korea also confirmed that it would actively “play the role of mediator” between the U.S. and North Korea in order to potentially reconcile differences in opinion.

President Trump is scheduled to meet with South Korean President Moon Jae-in on May 22 as a way to resolve any potential outstanding issues in regard to the upcoming North Korean meeting, as well.