A member of a special operations team stands in the Tiber River near a culvert May 28, 2018 in Ellicott City, Md. A clean up of the river and the town are underway after heavy rains flooded the area on Sunday, two years after a similar event brought extensive damage to Main Street. (Kim Hairston/Baltimore Sun/TNS)
May 29, 2018 Sarah Meehan - The Baltimore Sun
Share
Tweet
Flip

The body of the Maryland National Guardsman who was swept away in Ellicott City’s floods Sunday was found in the Patapsco River on Tuesday, according to Howard County Police.

The body of Sgt. Eddison A. Hermond, 39, was found by searchers in the Patapsco River just across the Baltimore County line, Howard County Police posted on Twitter. 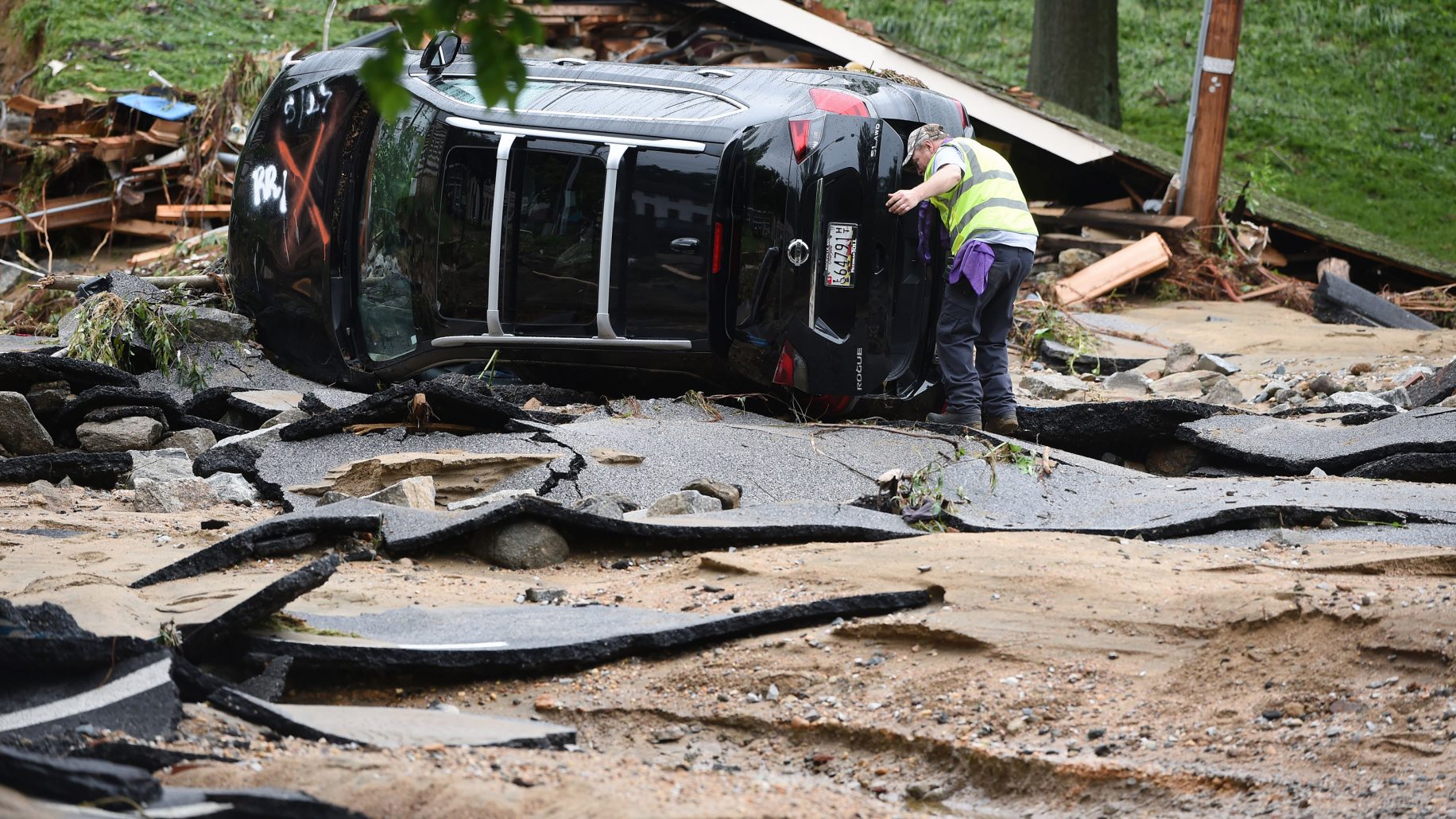 A man checks the trunk of a car that is sitting on its side in a parking lot near Main Street May 28, 2018 in Ellicott City, Md. A clean up of the river and the town are underway after heavy rains flooded the area on Sunday, two years after a similar event brought extensive damage to Main Street. (Kim Hairston/Baltimore Sun/TNS)

Hermond was washed away in floodwaters after trying to rescue Kate Bowman, a local shop owner, Bowman told The Baltimore Sun. Before his body was found Tuesday, the Severn man, a member of the Maryland National Guard, was last seen Sunday at 5:20 p.m. near La Palapa restaurant on Main Street, Howard County police said. 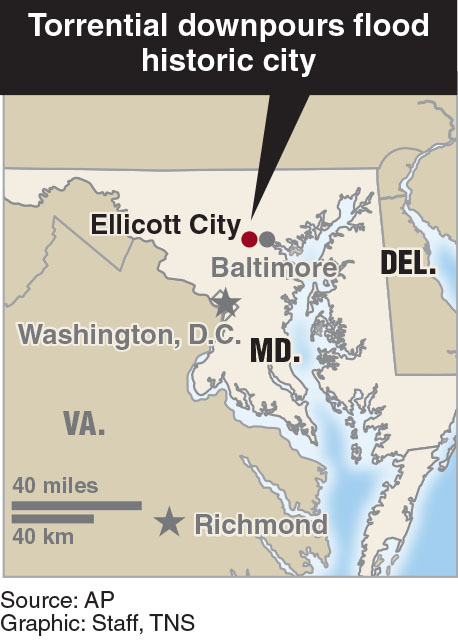 Maryland National Guard Col. Charles Kohler said Hermond joined the Maryland Army National Guard in 2009 and was assigned to Camp Fretterd in Reisterstown. He enlisted in the Air Force in 1996 and served more than a decade on active duty.

Randy Marriner, who owns the Victoria Restaurant Group, said Hermond was one of the original employees of Victoria Gastro Pub when the Columbia restaurant opened 11 years ago. He said Hermond worked in his restaurants when he wasn’t on active duty, and worked his way up from server to bartender to manager.

He said Hermond was “family.”

“It’s just really, really sad and unnecessary,” Marriner said. “In the midst of panic and we make split-second decision that sometimes may not — while well-intended — may not have been the best decisions.”