A pregnant woman’s boyfriend stabbed her repeatedly inside their Bronx apartment early Tuesday, critically injuring her and killing the unborn baby, police said.

The Bronx woman, identified by police sources and neighbors as 30-year-old Liv Abreu, was stabbed six times in the chest and once in the side inside her home near Yankee Stadium, officials said.

Abreu, though 26 weeks pregnant, managed to drag herself from the third floor to a neighbor’s apartment one floor below and call for help after the 12:30 a.m. attack.

Abreu, a U.S. Army veteran with the 82nd Airborne Division, was rushed to Lincoln Hospital. The baby died there, and she was listed in critical but stable condition.

“She was so excited about the baby, both of them were,” said stunned neighbor Gloria Lambert, 52. “This was going be their first.

“She was showing,” Lambert added. “She seemed so happy.”

He initially fled the scene in his girlfriend’s 2004 Jeep Cherokee SUV, sources said. The Jeep was found abandoned just a block from their home, and cops recovered a knife from the bloody crime scene, sources said. 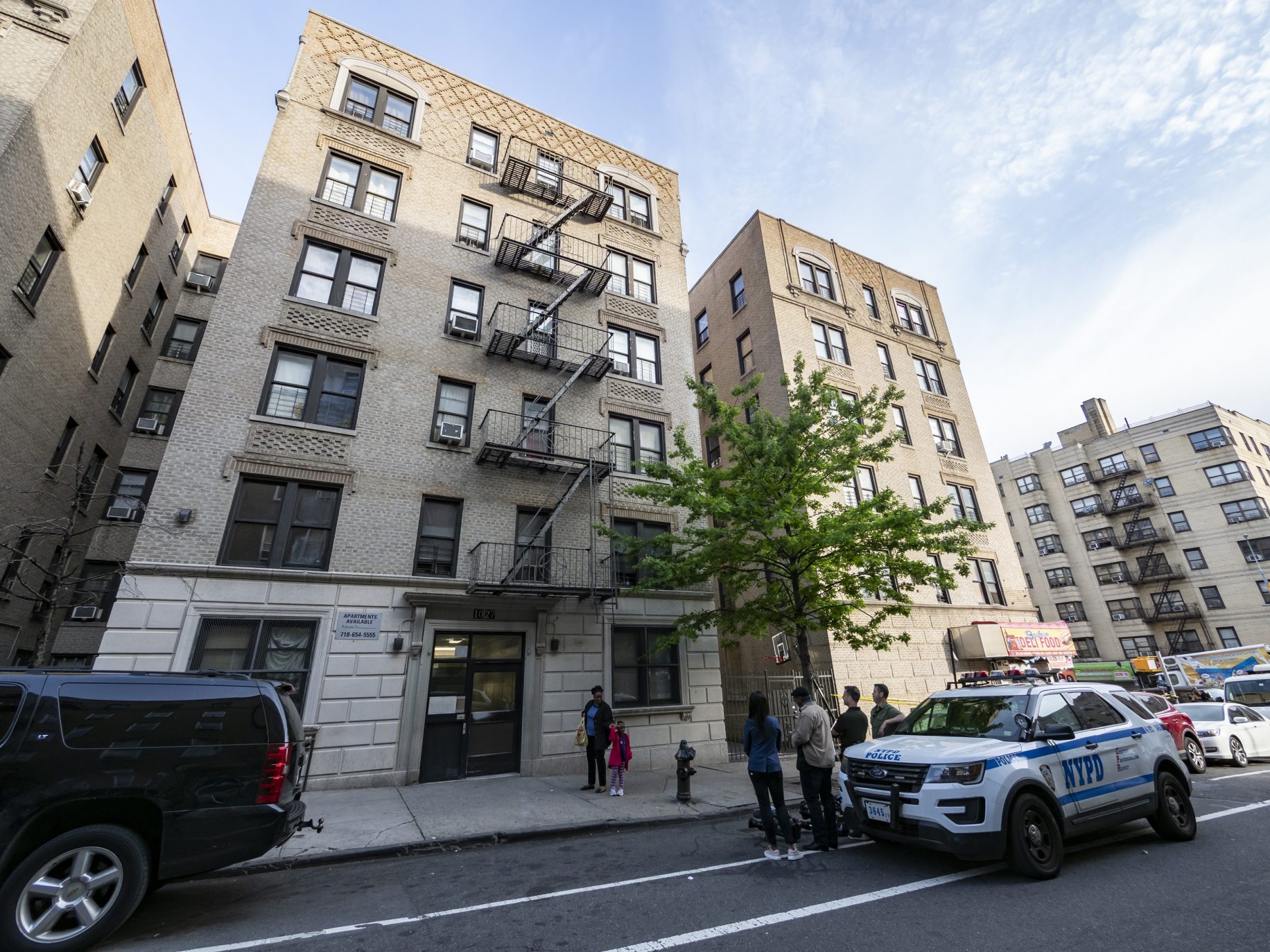 NYPD investigate the scene where a pregnant woman was stabbed in the belly multiple times, killing the unborn baby, inside her apartment located at Walton Avenue in the Bronx on Tuesday, May 22, 2018. (Anthony DelMundo/New York Daily News/TNS)

“Is this a joke?” Abreu’s stunned sister Sarah Abreu Morel said after hearing the news. “This can’t be real.”

Charges against the suspect were pending hours after the stabbing as cops continued to grill him.

Abreu was a former paratrooper and human resources specialist in the U.S. Army, according to a social media profile. She was based at Fort Bragg, her Facebook page said.

Abreu graduated with a degree in political science and government in 2012 from the City University of New York. She also served as a spokesperson for the Iraq and Afghanistan Veterans of America, and worked as a student assistant helping veterans enrolled at CUNY.

She was currently working for T-Mobile as a retail store manager, and joined the company eight years ago as a sales associate.

Lambert said Alvarez often drove Abreu to their jobs at a T-Mobile store in Manhattan.

While sources said there was no domestic violence history between Abreu and Alvarez, Lambert said she began suspecting problems between the pair in recent months.

“I would always hear people screaming, a woman. Now I think it might’ve been her,” she said. “It started a few months ago. A month ago someone was screaming so bad, like a woman getting beaten.”

Lambert said Abreu never appeared in distress or with any visible injuries.

“The guy, he was very quiet,” she said of Alvarez. “I cannot say he always looked happy but he was respectful — always said ‘hi, how are you?’.”

(Molly Crane-Newman contributed to this report.)